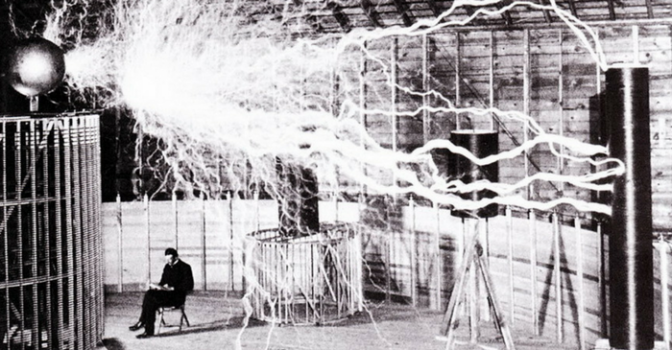 Using technology originally developed in 2007 at MIT to wirelessly transmit electricity between stationary objects, the research team was able to achieve a power transfer between moving objects based on magnetic resonance coupling. When electricity moves through wires, it creates an oscillating magnetic field, which in turn causes electrons in wire coils nearby to oscillate, thus transferring energy. However, if the oscillating coils are not tuned automatically and continuously as the object moves, the flow of electricity is stopped.

It is a complex process, and until now it has been one of the primary obstacles in transferring energy wirelessly. Stanford’s researchers solved this with the use of a commercially available voltage amplifier and feedback resistor, which automatically figures out the right frequency for different distances without the need for human interference. “Adding the amplifier allows power to be very efficiently transferred across most of the three-foot range and despite the changing orientation of the receiving coil,”said graduate student Sid Assawaworrarit, the study’s lead author. “This eliminates the need for automatic and continuous tuning of any aspect of the circuits.”

According to a press release published by Stanford’s news service:

“The team is now working on greatly increasing the amount of electricity that can be transferred, and tweaking the system to extend the transfer distance and improve efficiency.”

If successful, the technology will likely one day be used to charge everything from medical implants to cell phones to even electric vehicles as they drive. Professor of electrical engineering and senior author of the study, Shanui Fan, is optimistic about future applications of the technology.

“In addition to advancing the wireless charging of vehicles and personal devices like cellphones, our new technology may untether robotics in manufacturing, which also are on the move,” Fan said.

“We still need to significantly increase the amount of electricity being transferred to charge electric cars, but we may not need to push the distance too much more.”