We’re About To See A Record-Breaking Supermoon. Biggest In Nearly 70 Years 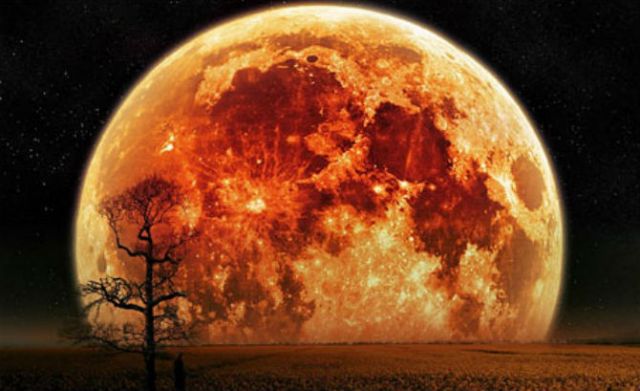 This year, 2016, has seen an endless array of mesmerizing astronomical events. And with only a couple months left in the year, there’s still more to talk about.

On November 14, a spectacular supermoon will occur, where the Moon will be the closest to Earth it’s been since January 1948. This event is even more significant because the Moon will appear up to 14% larger, and 30% brighter, than the typical full moon we are used to viewing. The Moon won’t be this close to the Earth again until November 25th, 2034.

Supermoons aren’t all that rare, but they sure are interesting, as the Moon has an elliptical orbit, with one side referred to as the perigree that is around 48,280 km (30,000 miles) closer to Earth than the other side, which is called the apogee.

The Sun, Moon, and Earth lining up when the Moon orbits Earth is referred to as syzygy, and when it occurs with the perigee side of the Moon facing us, while the Moon is also on the opposite side of Earth from the Sun, it creates a perigee-syzygy. This ultimately results in the Moon appearing much larger and brighter in the sky than we are used to, giving us the beautiful presence of what we call a supermoon, or a perigee moon.

Astronomers monitor the Moon closely in order to better understand the solar system in its entirety. Over the past seven years, in fact, NASA’s Lunar Reconnaissance Orbiter (LRO) has been mapping the moon’s surface and photographing incredible high-res images in order to analyze and more deeply grasp not just the Moon but the Earth as well, since, for instance, mapping how the Moon has been changed by collisions with asteroids can help understand more about Earth’s history.

When it comes to viewing a supermoon, it’s not always easy to identify the difference between the event and a typical full moon occurrence. For instance, if the Moon is hanging high overhead, with no tall buildings or other landmarks to compare it to, it can be hard to process it as bigger than the average full moon.

However, if you’re looking at it from a place where the Moon is closer to the horizon, it can result in a “moon illusion.” As NASA explains, “When the moon is near the horizon, it can look unnaturally large when viewed through trees, buildings, or other foreground objects. The effect is an optical illusion, but that fact doesn’t take away from the experience.”

So where should you be to view the supermoon on November 14?

You’ll want to be somewhere very dark, away from city lights. And if you want to see it at its biggest, then you should know it’s supposed to be at its peak on the morning of November 14 at precisely 8:52am EST (1352 GMT).

There’s another supermoon in December, and it’s significant, too. NASA explained:

The supermoon of December 14 is remarkable for a different reason: it’s going to wipe out the view of the Geminid meteor shower. Bright moonlight will reduce the visibility of faint meteors five to ten fold, transforming the usually fantastic Geminids into an astronomical footnote. Sky watchers will be lucky to see a dozen Geminids per hour when the shower peaks. Oh well, at least the moon will be remarkable.