This Shungite Plate on Your Phone Will Absorb Harmful EMF Radiation 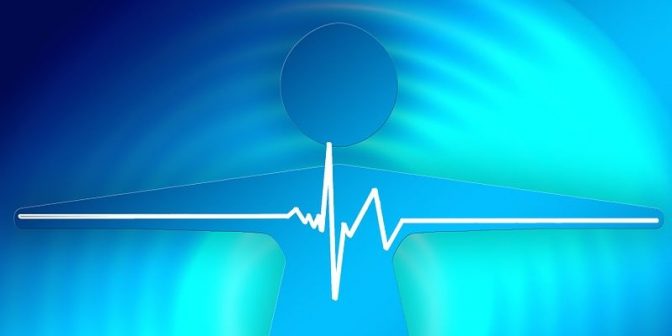 (Era of Wisdom) Electromagnetism is an interaction between electrically charged particles. Everything in the natural world produces an electromagnetic field, including the human body. But in this modern age, we are also exposed to unnatural EMF’s that are emitted from various man-made devices, from handheld electronics, to power lines, to microwaves.

While short term exposure to low level electromagnetic fields is not known to cause significant change in our own fields, it is well documented and intuitively understood by anyone with EMF sensitivity: we need to protect ourselves from it. The duration of exposure raises serious concern however, because many of us are constantly bathing in it by holding cell phones, living in small spaces with WiFi routers, ect.

Electronic devices such as laptops, tablets, and cell phones “emit both Radio Frequency (RF) and Extremely Low Frequency (ELF) radiation, which can be absorbed the tissues closest to where the device is used.” Further research may be needed to confirm the specifics of the connection, though many studies have been done linking EMF radiation to cancer, eye damage, insomnia, fertility issues, enzyme dysfunction, DNA mutations, etc.

Coinciding with the rise of WiFi and smart phones, there has been a rise in infertility. According to a study from India entitled “Electromagnetic Field Exposure Effects (ELF-EMF and RFR) on Fertility and Reproduction”

“Electromagnetic  fields  and  radiofrequency  radiation  (RFR)  interact  with  human  tissues  and  may  have  adverse  effects  on  fertility  and  reproduction.  This  review  presents  evidence  for  ELF – EMF and RFR effects on many parameters of male sperm function; leading to questions  about the genotoxicity and carcinogenicity of such exposures on fertility and reproduction in  men.”

So, is there a way to reduce the amount of exposure we’re inevitably vulnerable to?

An answer may be Shungite, a “non-crystalline mineraloid consisting of more than 98 weight percent of carbon.”

An ancient mineral discovered in Shunga, Russia, it has been used since the 18th century for medical treatments and water filtration. More recently, the physical properties and molecular structure of Shungite have been found to block EMF radiation when you place it on or near the emitting device.

The secret to its purifying power? Fullerenes. According to this comprehensive page about Shungite “A fullerene is a pure carbon molecule composed of at least 60 atoms of carbon (C60) that form a hollow, cage like structure.” The unique patterns within Shungite and miraculous properties continue to mystify researchers.

Though the harmful effects of EMF radiation are rarely released to the public, there are several scientific studies and personal experiences which relate our everyday use of electronic devices to a plethora of illnesses.

The best thing we can do is question, research, and take initiative in protecting our health!

You can buy Shungite plates to reduce exposure to EMF radiation from your phone at this link. Here is an Etsy shop for more Shungite.

Since “an EMF is a measurable entity,” it is possible to also measure the change in frequency that occurs when Shungite is placed on or near the emitting device.

To read more about EMF radiation, see this article titled “Electromagnetic Fields and Their Effects.”