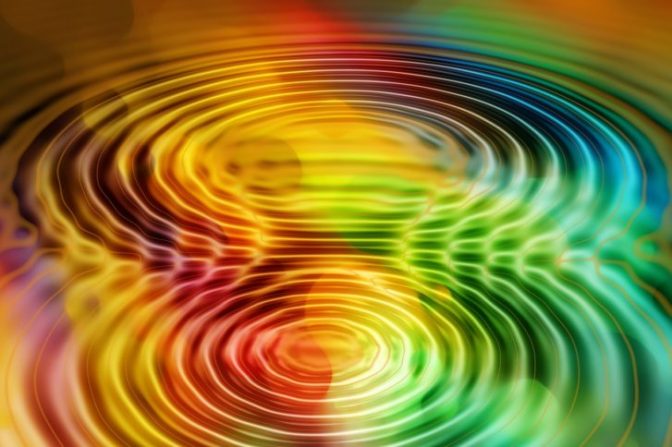 In my experience as a professional opera singer I have had the opportunity to witness how the intensity of music can affect – and has the power to bring about – different emotional states in people, and in some cases… complete transformation.

Having these professional experiences created in me a curiosity about the nature of sound, guiding me to research and experience different music traditions.  These have lead me to experiment and learn about sound healing, sacred sound instruments, the temples of Atlantis, mantra and many other sacred traditions.  I have been taught and influenced by numerous world-recognized musicians of Western and Eastern Classical, Indian, African, South American and Asian traditions.  It has created in me the curiosity of what sound, and the power of music, is.

From this platform, I have dedicated my life to working with sound, music and its healing practices.

Working with the New Earth Project within its new-paradigm learning arm, the New Earth Institute (University), I aim to bring about a collaborative community, which celebrates, connects and investigates music and sound.  I will be offering online courses to further and deepen our personal practices and curiosity in relation to Sound and its healing effects.  I will be collaborating with a variety of other artists to bring a broad spectrum of ideas, practices and music to the table.

“The field is the sole governing agency of the particle.”

Sound is the vibration of atomic or energetic matter, which creates the entire universe.  The differing resonating frequencies of it (a lot of which are not audible to the human ear) are what make noises, pitches – or sounds.

All sounds resonate and activate different areas of the body, mind and soul.  Sound is what the universe is made of, each thing on earth whether we regard it as living and breathing or inanimate has a resonating frequency which holds it together – we see what we see according to our own resonating frequency, and thus we have the power to transform ourselves and the world in which we live.

Before and after the creation that we see as this world, there was (and is) just vibrating matter – AUM.  As souls, it is said that this is why we love sound: because it is where we come from and where we return to and it is what we are made of.

“Everything in the universe is now understood to be made out of energy; to our perception it appears physical and solid, yet in reality it is all energy and energies interact.  The energy in your body is reflecting the energy around you because the atoms in your body are not only giving off energy, they are absorbing energy.  We are all energy.  We are all vibrating.  Every living organism communicates with these vibrations.  We interact with everything in the field.  Waves are lays flowing through and interacting with other waves.”

– Dr. Bruce Lipton, The Wisdom of Your Cells

Everything is in a state of vibration; areas of the body resonate at certain frequencies, not only this, but all the organs have their own specific resonating frequencies too.  It is amazing that within every atom there is the blueprint for the entire world (see Bruce Lipton, The Wisdom of your Cells).

Using tools and instruments that resonate in harmony with these energetic centres, allows the opportunity for that centre to be restored to its resonating potential/vitality. When the body is resonating harmoniously, and at its full potential, then the physical and mental body have the opportunity to release and clear stuck energies, memories and patterns.  The result of which is that the spirit then flows freely within the physical body, energy is restored and the system works at its full potential.

There are five (5) differing recorded brainwave frequencies: alpha, beta, theta, delta and gamma. Each of these frequencies corresponds with a level of consciousness and or relaxation.  Using therapeutic sound allows for the possibility of moving into different states of brain-wave frequency.  The normal brainwave waking state of a person is beta-alpha, and it has been scientifically recorded that during deep states of meditation the brain waves pass through other states such as: beta-alpha to theta-beta, to delta-theta, to gamma.  Using therapeutic sound we can induce such states by playing instruments that create the vibrating frequency of the desired brainwave level.

“When two systems are oscillating at different frequencies, there is an impelling force called resonance that causes the two to transfer energy from one to another.  When two similarly tuned systems vibrate at different frequencies, there is another aspect of this energy transfer called entrainment, which causes them to line up and to vibrate at the same frequency.”  (Richard Gordon)

Intention is the key to healing of any kind.  Whatever is resonating inside of me will attract things in the micro and macro cosmos that resonate at this frequency and therefore create the world I see and live in.

It is what the big physicist minds have called, String Theory, which is basically saying that the universe is made of sound vibrations.  We are part of a big musical instrument that is being played.

We have the power to both create and transform our reality and the world we live in and what better way to do it than with the very things we are made of.