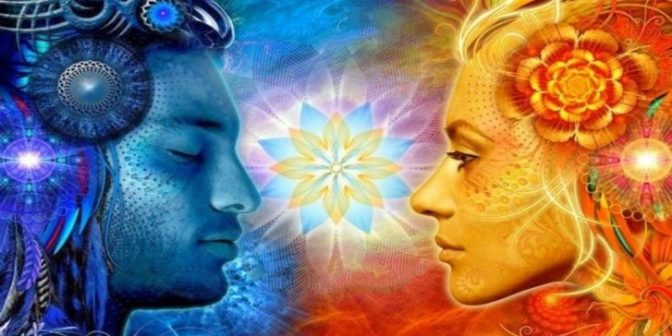 First of all, this isn’t just another article promoting the virtues of polyamory – far from it in fact – I don’t know anyone who has really found their highest sexual expression either through a monogamous relationship or polyamorous lifestyle (in their ‘commonly understood’ formats). Here we look at why this is – what is the missing ingredient?

Over the last few decades the collective subconscious has increasingly expressed the fact that the traditional monogamous marriage just ain’t the ticket to a happy life – over half of all marriages end in divorce and, if truth be told, the vast majority (granted, not all) of the ones that don’t, ‘succeed’ because people are willing to accept less – accept mediocrity; accept lack of freedom/liberty; accept abuse; or accept less than they deserve – they have sacrificed the pure and perfect majesty of who and what they are in the name of security and comfort.

Now however, this meme has found its way into the collective conscious – we see it, we know it, and increasingly we’re trying to do something about it… but what?

Others recognise that any relationship that creates a sense of ownership will ultimately fail, and if it doesn’t fail, will otherwise limit who and what they are. Many of this mind-set find their way to polyamory. Now there’s many ways of expressing a polyamorous life, but they (generally) all have one thing in common – there is no love powerful enough in their lives to make all other love or sex meaningless. Whilst many people lead very happy polyamorous lifestyles, and all credit to them, the mind-set that (most) people enter the game with is one of resistance to the pitfalls of monogamous relationships – a mind-set which will never deliver the promise of the divine experiences that had them set foot to this particular path in the first place.

So what is the answer?

What the f%&k is he talking about I hear you ask? What I mean is, perhaps if we were to stop for a moment seeking engagement in any form of external relationship with another, and focus instead, with one hundred percent of our attention, on bringing absolute balance to the divine masculine and feminine within, that this would, following the law of attraction/magnetism, open the door for us to automatically be united with another who had done exactly the same.

“Once we have connected with our body, opened up the subtle energy flow and brought the internal energies of the feminine and masculine into equilibrium, we are ready to connect with another. When we are both in our essence, in union with ourselves, we can become conscious of the alchemy of the relationship that is being created between us. Within the sacred relationship, we are two beings enjoined and vibrating in harmony. Breathing in sync, heartbeats in rhythm, we create a third field of energy, the trinity or the child. This is the alchemy called relationship.

The sacred relationship is a place where our frequencies merge and all aspects of separation are lost. The thing we have in common is the new relationship that has arisen. So we sit in this unified field together—two empty vessels—and allow the subtle energy flows of this union to surround, engulf, and flow through us. We watch it unfold, its uniqueness the flowering of a subtle alchemy between two people without expectation. When you don’t need the experience to be anything predetermined, you allow the highest force of the universe to flow through. There is no separation, no ego that needs identity—just pure cosmic flow.”

Two people, living through one unified soul, serving their unified self in perfect equilibrium, giving love equally, without any sense of ownership, being absolutely worthy of each other, weaving together a divine tapestry from the essence of life itself as they transform everything they touch.

In essence, the only real holy matrimony…

Isn’t this what you’ve really been searching for in each of your primary relationships? Maybe it’s time to do what it takes to receive it for yourself? And I don’t mean to perpetuate the same mythos by attaching yourself to some bullshit idea of a ‘soul-mate’ or ‘twin-flame’ union – I mean stepping up to truly embody the divine feminine and masculine within so that, regardless of anything else, you stop attracting karmic relationships into your life; you stop looking for any kind of personal fulfilment in others; and you give yourself the only true foundation that exists to be able to step fully into your highest sovereign expression – however that might look, with whomever, or not, that might be – the true power of the alchemy of love resides within.

In The Sovereign’s Way Academy we take a deep dive into sovereign sexuality and the alchemy of divine union… self-mastery is our birthright boys and girls – it’s time we claimed it!