Spiritual Aspects of Being Human 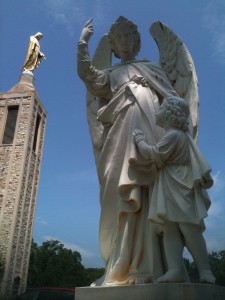 Justin Mazza is a dear friend and writer also from the state of Maryland where I am from here in the United States.

We will be featuring some of Justin’s work here at New Earth Media news with partial articles and links back to the original for our readers to finish reading and check out his wonderful blog page @ http://www.mazzastick.com/  – JD

“Humanity and the earth are now entering a heightened phase of activity on their inseparable journey of both growth and expansion.

This acceleration is marked by the increasing intensity of global events including the heating up of every planet in our solar system.

Physical time is actually speeding up and many of us can feel it. Our planets vibrational frequency is rising and so is our physical vibration.

Can you feel it? The changes are going on simultaneously all around us at this very moment.

For many it starts off as a change in perception of reality. You may experience thinking of someone and not more than a few minutes later they call you, e-mail you or message you onFaceBook.

Or for me an image of a movie would come into my mind. This happened recently for me. I was thinking about “Pizza The Hut” from the movie SpaceBalls.

I’m not kidding you, the same day I was checking the TV guide and SpaceBalls was coming on that day. Of course I recorded it for later viewing. As a matter of fact this was the first way for me to experience synchronicities.

I would get an image of a movie scene in my head and later that day the same movie would be on the television. I guess synchronicities came to me that way because I have always been such a big movie guy. For you, they may come in other ways.

These synchronicities began occurring for me in the late 1990′s and just happened more and more. Now, I just accept it as normal reality. These sychronicities and time speeding up are known as the “Quickening.”

Is This Spiritual Apect of Being Human All Airy Fairy Stuff

Most of the things that we think are just airy fairy stuff like the law of attraction and karma can actually be explained using simple physics. Don’t condemn that which you do not understand says a wise man.

Take karma. Many still believe that karma is a punishment system when in fact it is a system based on physics. It’s like the boomerang theory.

What you throw out will come back to you. So be sure to only throw out to others, and the world that you live, that which you would want to receive back.

We have a tendency in our reality to create that which we want in a backwards way. When I am rich then I will be happy you may say. I say, be happy already and your riches will follow.

We want to change the outside world to match our inner ideals and in most cases we do this with each other.

We want peace so we create laws that promote peace, yet these man-made laws (rules) tend to the very opposite of what it was intended to. As spiritual beings having a human experience we don’t take kindly to being confined by a bunch of rules and regulations.

It is inherently normal to not comply with silly rules that serve no one except for the minds that created them.

I can hear your minds clamoring away with this one. What about safety, what about protection. Protection from what? Yourselves. Folks if you haven’t “woken up” yet let me shatter your reality.