Your Spring Vegetable Garden: When to Plant What 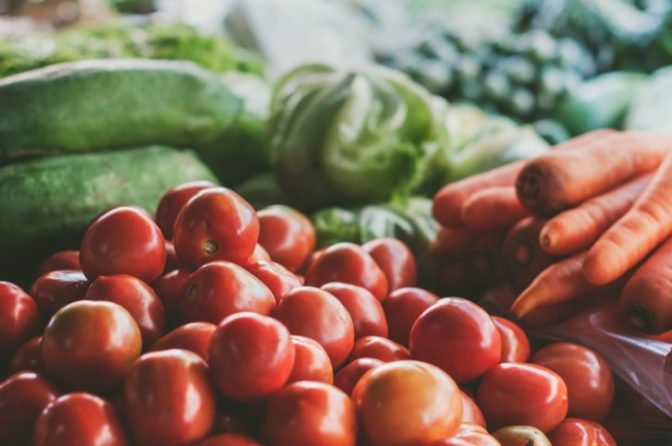 You don’t have to wait until the last average frost date in your area to start a vegetable garden outdoors. As soon as the ground can be worked, onions, peas and spinach can be added to your garden. If you are going to grow your own onion seedlings, start them indoors approximately eight weeks before transplanting time. Onions sets, which are small onion bulbs, can also be purchased for planting. Peas should be directly seeded in your garden and do best with support from a trellis or other structure.
Early Spring Gardening

In early spring, approximately two weeks prior to the last average frost date in your area, it’s safe to plant lettuce, beets, carrots, radishes, dill, cilantro, cabbage, broccoli, celery, kale and potatoes outdoors. Both lettuce and celery seeds need light to germinate. Be careful to only cover these varieties of seeds lightly with soil during the planting process. Directly sow carrot, radish, dill and cilantro seeds. Transplanting is not recommended for these types of vegetables and herbs.
After the Last Frost

After the last average frost date, it is safe to plant beans, corn, melons, cucumbers, squash (summer and winter), tomatoes, peppers, pumpkins, eggplant and basil. Remember to check the predicted low temperatures in your local extended forecast before planting your frost susceptible plants outside. The local last average frost date is based on the average last predicted frost and is not an absolute date.

Directly sow beans and corn seeds. Pole beans need a trellis or other support since the plant is a climbing vine. Do not plant corn in one long row. Plant it in four short rows instead to ensure good pollination.

Do not directly sow peppers, tomatoes or eggplant. Start peppers indoor approximately eight weeks before transplanting them outdoors. Remove any buds that appear on your pepper seedlings before transplanting them to ensure that the root system has grown large enough to support a pepper crop. Start tomatoes indoors about six to seven weeks prior to moving them into your garden. Start eggplant in four-inch pots four to six weeks before the last average frost. Do not start eggplant in flats, since these plants are sensitive to transplant shock.

Squash can be started indoors to produce an earlier harvest. Winter squashes need three months of growing time to produce harvest-able results. Start winter squash indoors no more than three weeks before it is time to transplant your seedlings outdoors. Older seedlings do not transplant well.

Start cucumbers and melons indoors in cooler regions for a better yield, but transplant them gently because their roots do not like to be disturbed. Melons are heat loving plants. If you garden in a northern region, you may need to use plastic mulch or row covers to provide enough warmth to produce melons.

Follow these guidelines and you should have a successful vegetable garden season. Keep track of your results so that you can learn from you experiences and become a better gardener every year.

Maureen Farmer is a master gardener and has loved plants all her life. She enjoys growing most of her own produce in raised beds. She is the owner and founder of The Farmer’s Garden, a free surplus backyard produce trading, selling and giving away service available across the United States.