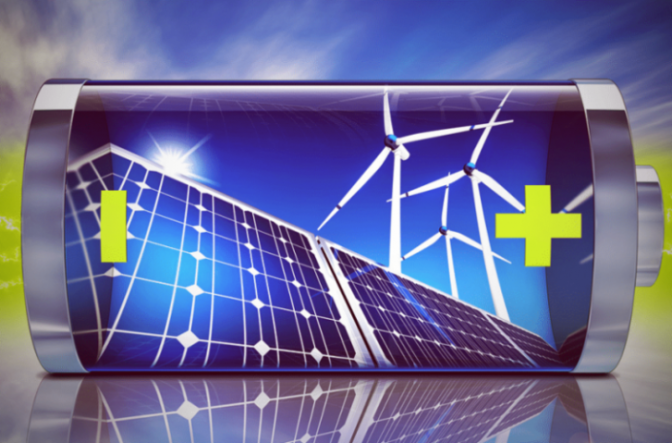 Stanford University researchers have created a new battery that could change the way we look at renewable energy storage forever.

The team used urea, an affordable, natural, and readily-available material present in mammal urine and fertilizers to create a battery that is significantly more efficient than past versions.

“So essentially, what you have is a battery made with some of the cheapest and most abundant materials you can find on Earth. And it actually has good performance,” explained Dai. “Who would have thought you could take graphite, aluminum, urea, and actually make a battery that can cycle for a pretty long time?”

Dai’s lab created the first rechargeable aluminum battery in 2015 to astonishing effect: a system that charged in less than a minute, and which lasted thousands of charge-discharge cycles. The lab teamed up with Taiwan’s Industrial Technology Research Institute (ITRI) to use the battery to power a motorbike, winning a 2016 R&D 100 Award for their groundbreaking results.

This original version, though impressive, involved an expensive electrolyte. The newest version, on the other hand, implements a urea-based electrolyte and is an estimated 100 times cheaper than the 2015 model. It also has higher efficiency and a charging time of just 45 minutes. Dai noted that the cost difference between the two batteries is “like night and day.”

Dai and Angell’s work marks the first time urea has been used in a battery.

The low-cost battery is even more impressive in a day and age when the demand for renewable technologies continues to grow. Energy storage has proved a massive challenge for solar power and other renewables, with users requiring a reliable way to store power when their systems aren’t generating energy.

This demand provokes the need for cheap and efficient batteries to store the energy for release at night. The batteries currently on the market, such as the lithium-ion or lead acid batteries, are both expensive as well as limited in their lifespans.

Dai and Angell’s battery may be the answer to this storage issue.

Grid storage, according to Angell, is the most realistic goal thanks to the battery’s low cost, high efficiency, and long cycle life. The Coulombic efficiency, a measurement of how much charge exits the battery per unit of charge that it takes in during charging, proved high for this battery, coming in at 99.7%. Another important attribute is Dai’s urea battery’s low-risk factor. Unlike lithium-ion batteries, for instance, this new battery is not flammable.

“I would feel safe if my backup battery in my house is made of urea with little chance of causing fire,” Dai noted.

The team has licensed the battery patents to AB Systems, which Dai founded. And currently, a commercial version of the batter is underway.

The researchers believe this battery could allow for solar energy to be stored in every building and every home. “Maybe it will change everyday life,” admits Dai.