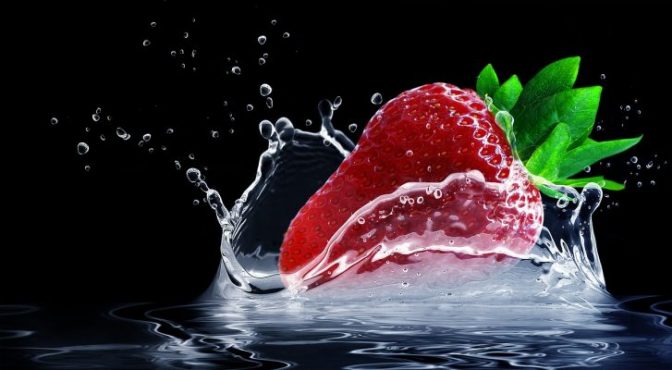 (NaturalHealth365) An increasing amount of evidence is showing that a natural plant compound from strawberries can boost brain health while reducing the risks of neurodegenerative disease associated with aging. Salk Institute scientists have studied the strawberry antioxidant fisetin and found it to reduce the risk of Alzheimer’s disease in aging mice.

The results of the Salk Institute scientists’ research is published in the Journals of Gerontology: Series A in June of 2017. The work was funded by the Burns Foundation, the Alzheimer’s Association and the National Institutes of Health.

The recent study builds on the Salk group’s recent work researching the antioxidant fisetin and confirms the strawberry compound fisetin can assist with preventing age-related mental decline, stroke and (specifically) Alzheimer’s disease and other forms of dementia. The strawberry compound seems to reduce the inflammation associated with cognitive defects, boost brain health and reduce incidents of neurodegenerative disease.

David Schubert, head of the Salk Institute Cellular Neurobiology Lab, has been studying fisetin for well over 10 years.

Previous research conducted by the lab found the strawberry compound fisetin was highly effective in reducing memory loss associated with Alzheimer’s in mice that had been modified genetically to have the neurodegenerative disease. However, this preliminary research was focused on the genetic form of Alzheimer’s, which only accounts for a tiny percentage of all cases.

Some of the mice studied were fed a fisetin dose (daily) along with their normal food portion for seven months. The others served as a control group and were not given fisetin. Throughout the seven months, the mice were given various memory/activity tests and specific proteins related to brain functioning, inflammation and stress responses.

After the study period, the differences between these two groups of mice were striking. The mice that did not receive the strawberry compound struggled on all of the cognitive tests. They also showed elevated amounts of inflammation and the markers for stress.

By contrast, the mice treated with fisetin did not show age-related signs of cognitive decline. None of the markers for stress and inflammation were markedly different from when the study began. In addition, the group treated with fisetin showed no signs of toxicity or side effects from the compound – even when it was administered at high doses.

As if we needed another “excuse” to eat more strawberries!

While the researchers concede that mice are not people, there are enough genetic similarities to cause great excitement about the potential of this strawberry compound. A natural means of boosting brain health and reducing the risk of age related neurodegenerative disease is something that most everyone would be interested in.

The Salk group now hopes to partner with another research organization interested in conducting human trials on fisetin. Until then? Eat more strawberries!

Editor’s note: Click here to access the Alzheimer’s and Dementia Summit – which features natural ways to prevent and reverse the symptoms of dementia.