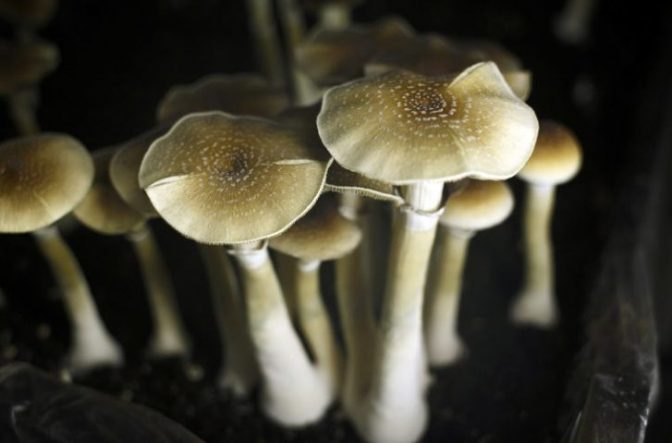 Around the world, alcohol is often seen as an acceptable beverage in moderation, and even accepted in excess. And while it’s a drug, it’s typically not referred to as such, since “drugs” seem to fall into a taboo category that have caused many of them to be outlawed altogether. But why do we put alcohol on a pedestal and others, like psychedelics, in such a dark place?

A 2014 Vice article titled Why Are Psychedelics Illegal? by Tao Lin put this interesting dichotomy into perspective by pointing out why psychedelics are illegal:

“Terence McKenna viewed cannabis, psilocybin, DMT, LSD, and other psychedelics as ‘catalysts of intellectual dissent.’ He wrote in The Archaic Revival (1991) that his assumption about psychedelics had always been that they were illegal ‘not because it troubles anyone that you have visions’ but because ‘there is something about them that casts doubts on the validity of reality.’ This makes it difficult, McKenna observed, for societies—even democratic and especially ‘dominator’ societies—to accept them, and we happen to live in a global ‘dominator’ society.”

And another article, NY Mag called The Truth About Psychedelic Drugs and Mental Illness by Jesse Singal said:

“Psychedelic drugs are confusing, and it’s easy to get very different views about them depending on whom you ask. On the one hand, enthusiasts — not to mention a small body of scientific research — have long claimed that, when taken responsibly and with the proper supervision, so-called classical psychedelics like LSD and psilocybin (the active ingredient in magic mushrooms) are a safe way to smooth the path toward tranquility and spiritual enlightenment. On the other hand, ever since the cultural spasms of the 1960s and a subsequent government crackdown on these substances, the archetype of the hallucinogen burnout has loomed large in the public imagination; that is, people who try LSD or ‘shrooms’ — sometimes even just once! — are forever ruined by flashbacks and other symptoms that eventually drive them to a state of full-blown psychosis.”

To put it simply, one could argue that alcohol has less horror stories that have made their way into public history than that of psychedelics, which has created fear and a generalized taboo that keeps many governments from taking into consideration scientific research that would suggest otherwise. And though alcohol is, without question, many countries’ biggest and most deadly recreational drugs, it’s the most legal, and the most addictive. But too many people drink and the alcohol industry is far too powerful for this drug to ever be considered as dangerous as psychedelics.

For a while now, researchers have worked to debunk the theory that psychedelics are harmful when used correctly, and have actually found through their experiments that such drugs can even treat anxiety and depression, as opposed to provoking such mental illnesses.

Now, a study by the Research Council of Norway has discovered that psychedelics don’t cause mental health problems or suicidal behaviour at all. The researchers looked at about 130,000 adult citizens in the United States and found no “evidence that psychedelic use is an independent risk factor for mental health problems.”  Furthermore, 19,299 of the randomly selected people had used either lysergic acid diethylamide (LSD), psilocybin or mescalin, but no links were revealed that “increased likelihood of past year serious psychological distress, mental health treatment, suicidal thoughts, suicidal plans and suicide attempt, depression and anxiety.”

The findings triggered the concluding statement that “it is difficult to see how prohibition of psychedelics can be justified as a public health measure.”

Meanwhile, there is a direct link between alcohol abuse and suicide, with the U.S. National Library of Medicine stating: “Alcohol abuse may lead to suicidality through disinhibition, impulsiveness and impaired judgment, but it may also be used as a means to ease the distress associated with committing an act of suicide.”

So if classical psychedelics are in fact safe, why do we continue to live in fear? Why are they still illegal despite such scientific findings? And how is it possible that alcohol can be legal but drugs that can improve quality of life are not? Media coverage may have a lot to do with it, as they hype up certain fears, most specifically, fears that are culturally resonant.

But there are also big differences between alcohol and psychedelics that people hold on to. “Psychedelics are psychologically intense, and many people will blame anything that happens for the rest of their lives on a psychedelic experience,” explained clinical psychologist Teri Suzanne.