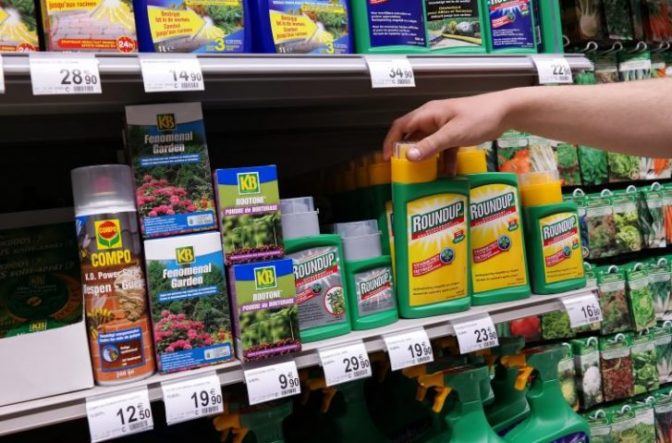 Glyphosate continues to be the most used herbicide in the world, despite the fact that the World Health Organization’s cancer agency, IARC, labelled it a probable human carcinogen in 2015. And evidence suggests GBH, like Roundup, poses particular health risks to the liver and kidneys in large doses. Small doses, however, hadn’t been tested, until a 2015 study came along.

The study, published in the journal Environmental Health, found harmful effects in the liver and kidneys of rats exposed to low levels of Roundup in drinking water. The international group of scientists from the UK, Italy, and France involved in the findings studied the effects of prolonged exposure to small amounts of the Roundup herbicide and glyphosate.

In the two-year study, the scientists honed in on the influence of Monsanto’s Roundup on gene expression in the kidneys and liver, adding tiny amounts of Roundup to water that was given to rats in doses much smaller than permitted in U.S. drinking water.

The researchers noted that some of the rats had a 25% body weight loss, presence of tumours over 25% bodyweight, hemorrhagic bleeding, or prostration.

And while Monsanto has continued to claim its products are safe, it has kept quiet on the research calling out its dangers, including this 2015 study.

“There were more than 4,000 genes in the liver and kidneys [of the rats that were fed Roundup] whose levels of expression had changed,” said the study’s leading scientist, Michael Antoniou, head of the Gene Expression and Therapy Group at King’s College London. “Given even very low levels of exposure, Roundup can potentially result in organ damage when it comes to liver and kidney function,” he added. “The severity we don’t know, but our data say there will be harm given enough time.”

Nichelle Harriott, the science and regulatory director at Beyond Pesticides, a Washington, DC-based nonprofit organization, agreed, saying that it is important to take into account that the study “used very low dose levels in drinking water,” so in “a country that uses a lot of glyphosate . . . this study should have some kind of public health influence.”

In recent years, scientists have come to believe that Roundup’s main ingredient, glyphosate, is so toxic it partially accounts for a widespread kidney disease epidemic in Sri Lanka and parts of India and Central America.

But will the mounting evidence that takes into consideration small doses do any good? The herbicide has only increased its sales exponentially, skyrocketing more than 250 times over the past four decades in the U.S., no matter the headlines.

Health researchers and environmental groups refuse to let the sales statistics stop them from calling on government to ban or more strictly regulate glyphosate. They were even more apt to speak up after IARC determined glyphosate is probably cancer-causing in humans.

For skeptics of the study who write it off because of its use on rats, it’s important to note that the results are still concerning for people, since these tests are specifically designed to study what chemicals might do to humans.

“Normally when you see negative effects in these rats from a chemical treatment, then you get very worried,” Antoniou said. “And normally you would consider whether to approve the use of the chemical or not.”