Study Suggests That Group Drumming is Better Than Prozac 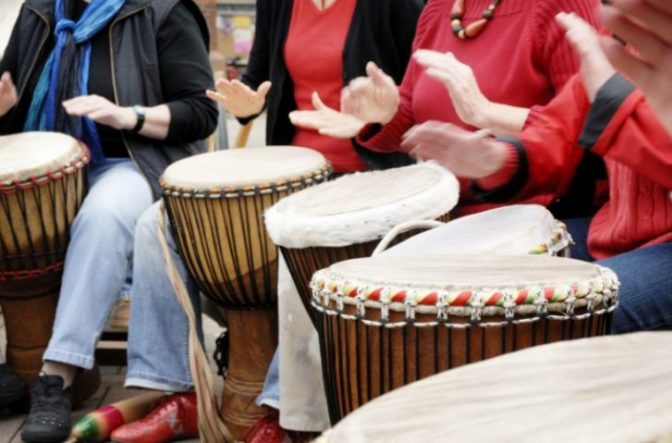 It was 1987 when the first SSRI medication, Prozac, hit the market. Soon, it became a household name among antidepressants, and by 1993, more than 10 million people around the world had tried Prozac as a means for treating their depression.

It would eventually become the gateway for other drugs in the same SSRI class to emerge, a class of medication that would prove to be at the forefront for the entirety of antidepressants.

But with its popularity has come a lot of controversy. The British Medical Journal revealed that Prozac (fluoxetine) could cause activating symptoms such as agitation, panic attacks, insomnia, and aggressiveness. Additional reports found it to have violent side effects.

Natural antidepressants give Prozac, and similar medications, a run for their money, however. In fact, research has found that a standardized curcumin extract can work as well as Prozac without the adverse side effects. But it’s not just alternative supplements that are getting thrown in the ring.

Surprisingly, researchers in London have discovered drumming to be an effective treatment for anxiety and depression, even capable of altering the inflammatory immune responses that may be at the root of these disorders.

The “exploratory examination” found 10 weeks of group drumming had significant benefits for a group of people suffering from mental illnesses. The research conducted even concluded that the improvements persisted for at least three months after the sessions had wrapped up.

“This study demonstrates the psychological benefits of group drumming, and also suggests underlying biological effects, supporting its therapeutic potential for mental health,” explained a research team led by Aaron Williamon and Daisy Fancourt of the Royal College of Music’s Centre for Performance Science. Published in the online journal PLoS One, the study featured 45 Londoners, 30 of whom took part in the drumming lessons and 15 of whom served as a control group. All participants were “adults accessing mental health services.”

Though the control group did not take part in music lessons, their regular activities included such things as book clubs and quiz nights.

Each week all 45 participants filled out questionnaires regarding their levels of anxiety, depression, and general well-being. The drumming group participants also gave weekly saliva examples that the scientists used to measure the strength of pro- and anti-inflammatory markers.

“Significant improvements were found in the drumming group, but not the control group,” noted the researchers. By week six, they said, “there were decreases in depression, and increases in social resilience. By week 10, these had further improved, alongside significant improvements in anxiety and mental well-being.” They added that follow-up interviews taken three months later revealed that “all significant changes were maintained.”

Furthermore, “Across the 10 weeks there was a shift away from a pro-inflammatory towards an anti-inflammatory immune profile,” said the researchers report.

Though the study is small, it does give hope and weight to alternative medicine as a means for healing mental illnesses like depression and anxiety.