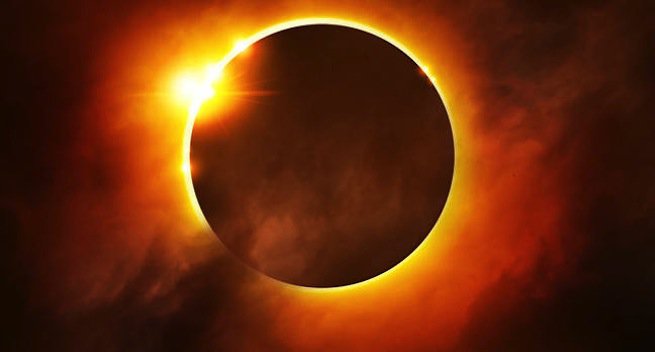 According to Michael E Bakich, Senior Editor at Astronomy magazine, Aug. 21, 2017, “may turn out to be the most popular vacation-day request in history.” But why?

On that date, for the first time in almost a century, the United States will witness a total eclipse of the Sun. The Sun will vanish for about two and a half minutes, commencing in Oregon around 10:15 a.m. local time, then moving eastward, finishing its astonishing show an hour and a half later in South Carolina. And in between, the phenomenon will be visible from Grand Teton and the Great Smoky Mountains national parks, from St. Louis and Kansas City and Charleston, S.C., and the many points in between.

A solar eclipse occurs when the moon positions itself directly in front of the sun, completely covering it for a brief period of time. The entire sky then darkens, allowing you to look right at the Sun (or with solar viewing glasses if it is not completely covered). Viewers witness an astounding corona encircling the Sun, stars shining bright, the horizon glowing with a 360-degree sunset, a drop in temperatures, and, ultimately, the odd reality of day unexpectedly turning off its lights and momentarily becoming night.

If you’re already marking your calendars, you might also want to grab yourself a map to find a spot where the eclipse will be total. But mind you, hotels, lodges, and campgrounds along the 50-to-70-mile-wide path of “totality” have already been booking up since May, simply because it’s the type of rare event one may only see just once in their lifetime, if at all.

In fact, the last time a total eclipse was visible coast to coast was June 8, 1918. The event made front-page news nationwide. And if we’re given this many months in advance to get it together, it must mean the eclipse is worth calling out of work for, turning off the TV for, and putting down your iPhone for, and simply observing something so magically awe-inspiring, that, in our day and age with our over-stimulated brains, actually captures our attention for more than 30 seconds and holds us present in the moment.

“Everyone who sees a total solar eclipse remembers it forever,” said Norm Sperling in the August 1980 issue of Astronomy magazine. “It overwhelms the senses, and the soul as well — the curdling doom of the onrushing umbra, the otherworldly pink prominences, and the ethereal pearly corona. And incredibly soon, totality terminates.

“Then it hits you: ‘It was supposed to last a few minutes — but that couldn’t have been true. It only seemed to last eight seconds!’”

Bakich notes in “25 tips to plan for the 2017 eclipse” that if you want to see it, you need to plan accordingly, or you’re likely to miss out. And along with ditching work, Bakich also suggests the following: