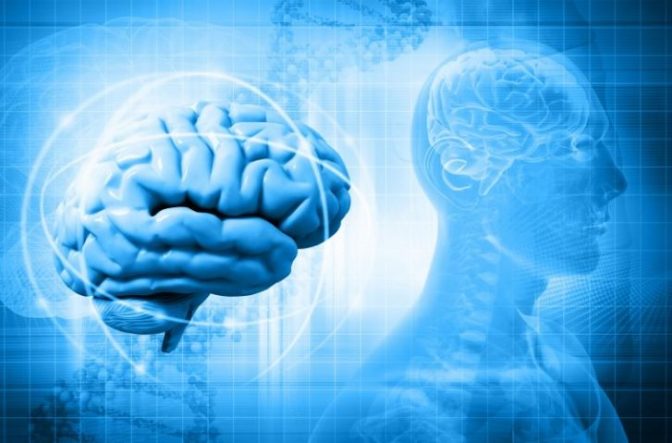 A team of researchers from the Swiss Blue Brain Project — a group focusing on supercomputer-powered reconstruction of the human brain — have used a classic branch of maths in a completely new way to better understand the structure of our brains.

The brain is a complicated organ, and little is still known about its inner workings, so this new study, which found that the brain is full of multi-dimensional geometrical structures operating in as many as 11 dimensions, is fascinating, to say the least.

The neuroscientists behind the study used algebraic topology, which is a branch of mathematics that describes the properties of objects and spaces without the confinements of how they change shape, to conclude that groups of neurons connect into “cliques.” Their work also revealed that the number of neurons in a clique leads to its size as a high-dimensional geometric object.

Lead researcher and neuroscientist Henry Markram from the EPFL Institute in Switzerland said: “We found a world that we had never imagined. There are tens of millions of these objects even in a small speck of the brain, up through seven dimensions. In some networks, we even found structures with up to eleven dimensions.”

With the human brain believed to have about 86 billion neurons, and multiple connections existing between each cell webbing in every possible direction, it makes sense that its inner workings would be difficult to fully comprehend. This new mathematical framework, however, gives hope to a more thorough understanding like never before.

A better understanding of the brain means the potential to discover the keys to hacking our intelligence, memory, and other mental skills.

For their work, the team used a detailed model of the neocortex, which is largely believed to be the most recently evolved part of the brain, as well as the portion most responsible for higher functionalities like cognition and sensory perception.

The researchers developed their mathematical framework and then tested it on virtual stimuli, where they found that neurons formed a clique. A larger number of neurons would add more dimensions, and the structures would organize around a high-dimensional hole called a “cavity.” But once the brain processed the information, the clique and cavity disappeared.

They then tried the results on real brain tissue of rats.

Of their findings, the team wrote: “We found a remarkably high number and variety of high-dimensional directed cliques and cavities, which had not been seen before in neural networks, either biological or artificial.”

While mathematician Kathryn Hess from EPFL, one of the team, said: “Algebraic topology is like a telescope and microscope at the same time.

“It can zoom into networks to find hidden structures – the trees in the forest – and see the empty spaces – the clearings – all at the same time.”

The researchers found the cavities to hold great importance for brain function, since upon stimulation, neurons reacted to it in a highly organized way.

Mathematician Ran Levi from Aberdeen University in Scotland  said: “It is as if the brain reacts to a stimulus by building then razing a tower of multi-dimensional blocks, starting with rods (1D), then planks (2D), then cubes (3D), and then more complex geometries with 4D, 5D, etc.”

“The progression of activity through the brain resembles a multi-dimensional sandcastle that materializes out of the sand and then disintegrates.”

According to Hess, the discovery will help us to better understand “one of the fundamental mysteries of neuroscience: the link between the structure of the brain and how it processes information.”