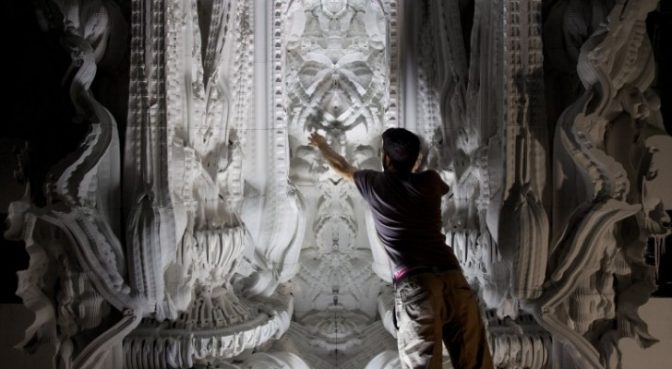 3D printing sure has come a long way since its bulky and humble beginnings. Today, we see 3D printers not only in offices, universities, and hospitals, but also in the homes of families and hopeful gadget geeks alike. Modern 3D printers can efficiently assemble objects of all kinds, including everything from tools to kitchen utensils, cell phone cases to edibles, and so much more.

What Is 3D Printing?

3D printing, or additive manufacturing, is a process of making three dimensional solid objects from a digital file.

In an additive process, an object is created by laying down successive layers of material until the entire object is created. Each of these layers can be seen as a thinly sliced horizontal cross-section of the eventual object.

Although not the only method available, the most widely used 3D printing technology today utilizes photopolymerization, a technology that employs a vat of liquid ultraviolet curable photopolymer resin and an ultraviolet laser to build the object’s layers one at a time.

Some Of The Most Creative 3D Printed Objects So Far

We’ve put together a collection of some of the most creative 3D printed objects constructed so far. While some are simple and practical, others stand as marvelous creations of technology. Take a look!

The Rapid Racer was 3D printed with 3,600 layers and is powered by a standard 18V drill by Hawk University.

This amazing kayak was 3D printed from a home printer section by section over 42 days.

The 3DChefPro is able to print with sugar in colour for awesome edible creations.

Another Ikea hack using the Tertial lamp are with a 3D printed mount for the Nexus 7.

These shoes are 3D printed with a pattern applied afterwards using hydrographics.

China has produced the world’s first 3D printed house, albeit more of a garage.

Phase One is a 3D printed case that can be downloaded and printed easily.

A baseball bat was 3D printed and tested to the point of smashing through some drywall, without damage.

This is a 3D printed bartending machine able to make drinks you request – watch out, bartenders!

Pinhole is a camera that can be 3D printed and loads 35mm film for shots.

The Finnish Infinite Sisu is probably one of the most artistic 3D printed iPad cases we’ve seen.

Kapsones offers 3D printed camera lens hoods that you can choose the style of.

The Down Up Tap makes drinking from the faucet easy, should you need to.

Stratasys has 3D printed a set of downhill skis that are semi-hollow to maximise weight distribution.

The 3D printed gun is from Solid Concepts and requires a metal sintering 3D printer.

The Urbee 2 is a 3D printed car that will try to cross the US on 10 gallons of fuel.

This high-tech bikini is made from Nylon 12, a strong, flexible and 0.7 mm thin material that is waterproof. Because of this, the creators said it’s ideal for swimwear and actually becomes more comfortable when exposed to water.

Here is a two-piece 3D-printed clock, which comes in two parts, Part A and Part B. The clock is split into two ‘faces,’ the purple numbered face and the design face behind it.

Janne Kyttanen created this eye-catching work of art, called the Palm Lamp, which comes in a variety of sizes.

With 3D printing, doctors would have a cheaper alternative to learn about human anatomy and also be able to inject realism into surgery practice without the use of cadavers. Since the printing of these medical models is so accurate, surgeons can also plan a surgery on a printed model like this before the real patient goes under the knife.

The Empire 3D-printed titanium trail bike. Built in the UK, the nine-component bike may be the future of bicycle manufacturing.

Robohand is printed for a child with Amniotic Band Syndrome.

Swiss architects Michael Hansmeyer and Benjamin Dillenburger put their computational abilities to the test by using algorithms to design a room with a cathedral-like interior. The project utilized gigantic sandstone parts which were carved out by a large 3D printer. The room is titled “Digital Grotesque,” modeled after a medieval grotto, and took an entire month to print.

What are your thoughts on these 3D printed objects? Share with us in the comment section below!