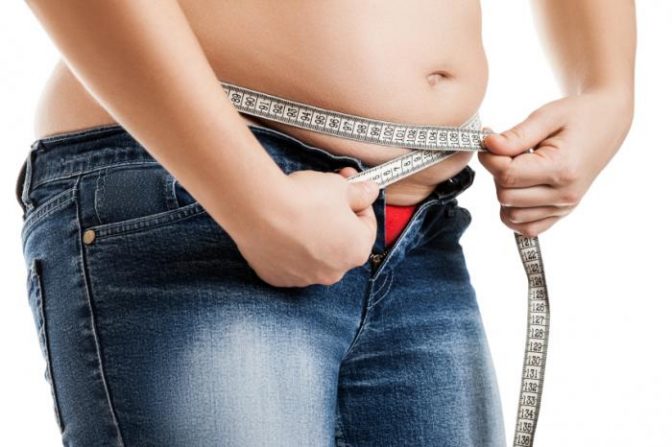 Obesity has become a massive issue in the United States. How big of an issue you ask? It’s reported that 1 out of 3 Americans today are obese. That’s a statistic that can’t be ignored much longer.

In her article, Americans Are Huge: 5 Surprising Reasons Why We May Be Getting Fatter, author Martha Rosenberg  notes that the weight of the average American increased by 24 pounds in the four decades between 1960 and 2000, a problem she believes is associated with 5 key factors.

These factors may be surprising to most, considering that none of them mention the most commonly discussed cause of weight gain: calories.

While calories definitely make up a crucial part of the equation, there are a number of other environmental and lifestyle factors that are likely to play a much more significant role, mainly because most people don’t realize they’re affected by them (and therefore fail to address them whatsoever). They include:

There is a common tendency for people to treat all of their infections with antibiotics. The problem with overusing antibiotics is that it wipes out the good bacteria in your gut. Beneficial bacteria (probiotics) are, in fact, so crucial to your health that researchers have compared them to “a newly recognized organ.”

The US uses nearly 30 million pounds of antibiotics each year to raise food animals. This accounts for about 80 percent of all antibiotics used in the US. In livestock, antibiotics are used both to ward off disease and to promote weight gain.

Research suggests that antibiotic-ridden meat has the same weight gaining effect on humans who consume it.

Other drugs used to fatten up livestock also cause weight gain in humans. Ractopamine is one example. This beta-agonist drug works as a growth promoter by increasing protein synthesis, thereby making the animal more muscular.

In human medicine, beta-agonists are also found in asthma medication, and stubborn weight gain is in fact a common complaint amongst asthma patients using Advair (a beta-agonist drug)— so much so that the manufacturer has added weight gain to the post-marketing side effects.

Other countries have banned the use of growth-enhancers on animals, and for good reason. These drugs have been known to cause infertility, birth defects, disability, and even death.

Many common household products contain endocrine disruptors, some of which are structurally similar to hormones such as estrogen and therefore can affect a person’s normal bodily functions.

In the US, the vast majority of the glyphosate people are consuming comes from genetically engineered (GE) sugar, corn, soy, and conventionally-grown desiccated wheat. Besides altering your gut flora, glyphosate also enhances the damaging effects of other food-borne chemical residues and environmental toxins.

Again, there is a massive misconception when it comes to AS. They are marketed as “diet” go-to’s, but research suggests otherwise.

AS have been shown to stimulate the appetite, increase cravings for carbs, and stimulate fat storage and weight gain.  AS trick our brains into thinking it’s receiving sugar, and when no sugar arrives, the brain signals that it needs carbs. Hence a weight gain promoting cycle ensues.

Kids are the primary target for junk food marketing. We can see this clearly in check-out lines, where chocolate bars, candy, and soda are strategically placed at the eye levels of children. This type of marketing must be working, because one out of three (1/3) children in the US today are considered obese. This type of lifestyle is obviously detrimental to children both physically and emotionally.

Kids are now exposed to marketing via brand licensing, product placement, schools, stealth marketing, viral marketing, DVDs, games, and the internet. According to a 2013 report by the Institute of Medicine (IOM), children aged 2-11 now see an average of more than 10 television food ads per day.

United Nations Special Rapporteur on the right to food, Olivier De Schutter, recently warned that “obesity is a bigger global health threat than tobacco use.” The American Society of Clinical Oncology (ASCO) also recently issued a position statement on obesity and cancer in which they too state that “obesity is quickly overtaking tobacco as the leading preventable cause of cancer.”

During this year’s World Health Organization annual summit, De Schutter urged nations to join forces to place stricter regulations on unhealthy foods, saying: “Just as the world came together to regulate the risks of tobacco, a bold framework convention on adequate diets must now be agreed.”

How To Avoid The Aforementioned Weight Gain Factors

As previously mentioned, one of the main ways to avoid weight gain is to examine the quality of the food you are eating, rather than the quantity (calories).

Organic food does not contain harmful chemical preservatives, hormones, or pesticides that cause weight gain. Stay away from overly processed food, as you will only get frustrated when you discover the food you’re eating is laced with the aforementioned weight gain factors.

If foods are advertised, it is almost certain they are bad for you. When was the last time you saw a commercial advertising apples? Kale? Didn’t think so.

Buy whole, organic foods, and cook from scratch. This will automatically reduce your sugar consumption, which is the root cause of insulin resistance and weight gain. If you buy organic produce, you’ll also cut your exposure to pesticides and genetically engineered ingredients, and in ditching processed foods, you’ll automatically avoid artificial sweeteners and harmful processed fats.

Healthy fats are essential, so make sure you aren’t consuming the wrong fats. Sources of healthy fats to add to your diet include avocados, coconuts and coconut oil, unheated organic nut oils, and raw nuts and seeds.

Make the process a learning journey, implement slow changes, and have fun along the way. Eating clean doesn’t have to be a struggle.

We want to hear your suggestions or story of switching over to a healthy diet. Share with us below!