The Ancient Secret Of The Fountain Of Youth 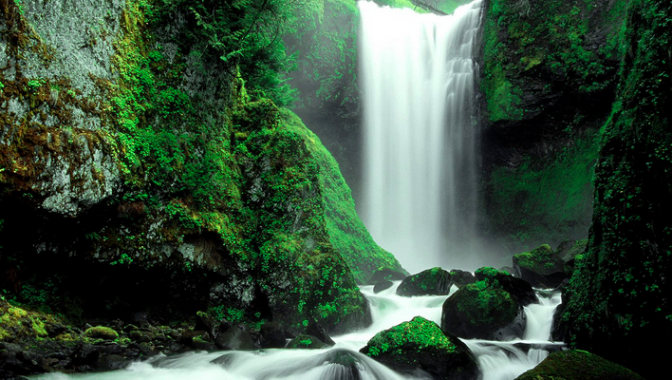 The mythology of the Fountain of Youth has been in our consciousness since about 5th Century BCE. Legend spoke of a mysterious spring that would restore the youth of anyone who drank or bathed in its waters, but whether or not this ‘Fountain’ has ever been truly found is still an enigma.

Perhaps, the “Fountain of Youth” is not necessarily a destination (or a physical place), but instead a spiritual practice – that each and every one of us may be able to access through will, discipline, and focusing our minds over matter.

For example, let us take into account the curious story of Li Ching-Yuen. According to Wikipedia:

Li Ching-Yuen was a Chinese herbalist who supposedly lived to be over 256 years old. He claimed to be born in 1736, while disputed records suggest 1677. Both alleged lifespans of 197 and 256 years far exceed the longest confirmed lifespan of 122 years and 164 days of the French woman Jeanne Calment. His true date of birth was never determined. He was reported to be a martial artist, herbalist and tactical advisor.

He worked as an herbalist, selling lingzhi, goji berry, wild ginseng, he shou wu and gotu kola along with other Chinese herbs, and lived off a diet of these herbs and rice wine. Li had also supposedly produced over 200 descendants during his life span, surviving 23 wives.

According to one of Li’s disciplines, Taijiquan Master Da Liu, when Li was 130 years old he encountered a hermit in the mountains who claimed to be over 500 years old. He said the hermit taught him Baguazhang and a set of Qigong with breathing instructions, movements training coordinated with specific sounds, and dietary recommendations. Li apparently credited his longevity “to the fact that he performed the exercises every day – regularly, correctly, and with sincerity – for 120 years.”

The book, The Ancient Secret of the Fountain of Youth by Peter Kedler, also proposes a theory of exercises/rites that may be the key to everlasting life:

Legend has it that hidden in the remote reaches of the Himalayan mountains lies a secret that would have saved Ponce de Leon from years of fruitless searching. There, generations of Tibetan monks have passed down a series of exercises with mystical, age-reversing properties. Known as the Tibetan Rites of Rejuvenation or the Five Rites, these once-secret exercises are now available to Westerners in Ancient Secret of the Fountain Of Youth. Peter Kelder’s book begins with an account of his own introduction to the rites by way of Colonel Bradford, a mysterious retired British army officer who learned of the rites while journeying high up in the Himalayas. Fountain of Youth then offers practical instructions for each of the five rites, which resemble yoga postures. Taking just minutes a day to perform, the benefits for practitioners have included increased energy, weight loss, better memory, new hair growth, pain relief, better digestion, and just feeling younger.

“Stand erect with arms outstretched, horizontal with the shoulders. Now spin around until you become slightly dizzy. There is only one caution: you must turn from left to right.”

“Lie full length on rug or bed. Place the hands flat down alongside of the hips. Fingers should be kept close together with the finger-tips of each hand turned slightly toward one another. Raise the feet until the legs are straight up. If possible, let the feet extend back a bit over the body toward the head, but do not let the knees bend. Hold this position for a moment or two and then slowly lower the feet to the floor, and for the next several moments allow all of the muscles in the entire body to relax completely. Then perform the Rite all over again.”

“Kneel on a rug or mat with hands at sides, palms flat against the side of legs. Then lean forward as far as possible, bending at the waist, with head well forward—chin on chest. The second position of this Rite is to lean backward as far as possible. Cause the head to move still further backward. The toes will prevent you from falling over backward. The hands are always kept against the side of the legs. Next come to an erect (kneeling) position, relax as much as possible for a moment, and perform Rite all over again.”

“Sit erect on rug or carpet with feet stretched out in front. The legs must be perfectly straight — back of knees must be well down or close to the rug. Place the hands flat on the rug, fingers together, and the hands pointing outward slightly. Chin should be on chest — head forward.”

“Now gently raise the body, at the same time bend the knees so that the legs from the knees down are practically straight up and down. The arms, too, will also be vertical while the body from shoulders to knees will be horizontal. As the body is raised upward allow the head gently to fall backward so that the head hangs backward as far as possible when the body is fully horizontal. Hold this position for a few moments, return to first position, and RELAX for a few moments before performing the Rite again.”

“When the body is pressed up to complete horizontal position, tense every muscle in the body.”

“Place the hands on the floor about two feet apart. Then, with the legs stretched out to the rear with the feet also about two feet apart, push the body, and especially the hips, up as far as possible, rising on the toes and hands. At the same time the head should be brought so far down that the chin comes up against the chest. Next, allow the body to come slowly down to a ‘sagging’ position. Bring the head up, causing it to be drawn as far back as possible.”

“The muscles should be tensed for a moment when the body is at the highest point, and again at the lowest point.”

An abdominal breathing exercise, that must not be attempted until the first 5 Rites are performed diligently/mastered.

As technology continues to speed up, and we enter an age where, soon enough, we may be able to upload our consciousness to achieve ‘immortality’ – we must not discount the ‘technology’ that is latent within our skin (and through our breath) which may be able to allow the same results.

Knowledge comes through experience, and experience can unlock new doors that may have been previously closed – so whether or not the fountain of youth is literal/metaphorical/allegorical/experiential, attempting these “keys” may potentially enhance our individual experience, and life span, so they are surely worth exploring.