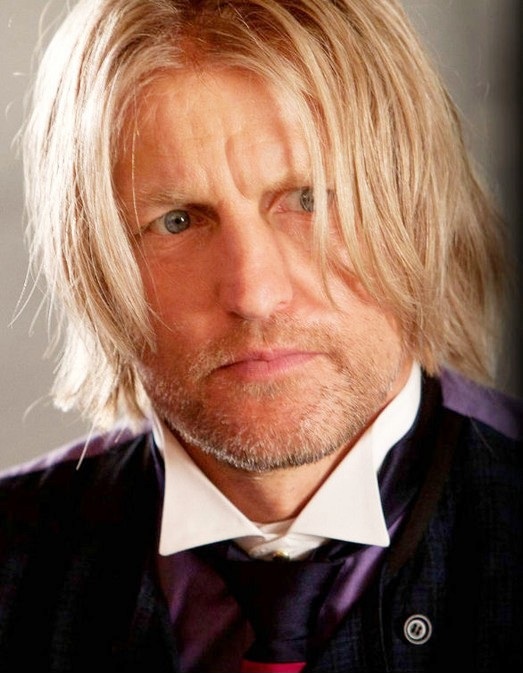 Just wanted to chime in here today to say a few words about an occurrence this morning. I had an amazing dream just before waking up that the “Revolution” had begun. I was talking to a very good friend named Derek who is a pro-skate boarder about how rough things had gotten in America. It was a very gray and dreary setting and apparently there had just been an American economic collapse of devastating proportions. People were starving and jobless and just plain fed up.

There was a conference at a local University with President Obama and many other U.S. Senators with several members of the press from around the world. Just as the President walked up to the podium, in comes a group of people led by none other than Woody Harrelson who shouted out “this conference is over!” I believe the symbolism of Woody Harrelson in my dream is representative of his character Haymitch Abernathy of the Hunger Games. This is the character that helped lead the revolution in the books and films.

As everyone stood in amazement and watching what was transpiring I then looked to the back of the lecture hall to discover dozens of U.S. Military all pointed their guns at the President and the rest of the U.S. Senators to begin the arrests. I do not like the use of weapons of any sort and do not condone any type of violence. I also do not place complete blame with the President or the U.S. Senators for the utter mess this country is in as I’ve stated before because they have no real power or control. The Cabal is pretty much completely at fault for our current situation.

I do not know what this dream means but it could be that something BIG is about to happen. I remember having a dream back in 2012 that I was on board an E.T. spacecraft with my friend Sierra who is a braided walk-in and we were about to land on the earth along with several other ships to disclose the E.T. presence to humanity. I felt the same type of adrenaline rush in that dream as I did this morning. Although disclosure has still not occurred I believe we are extremely close.

The excitement I felt that the world was about to change forever and usher in the new paradigm was an indescribable euphoria.   Maybe comparable to winning billions in the lottery. So now I feel like I am riding the biggest and best wave in the world and want to continue the ride.

I also wanted to share an article I read this morning you can find here http://newearthparadigm.wordpress.com/2014/04/20/the-boat-has-pushed-away-from-the-shore/ .

There is definitely something special occurring in Morocco and this article resonated very strongly of what we have to look forward to in the very near future. There is a “Soul Family Reunion” of like-minded people from around the globe. Being in the presence of those who are just like us is something very special indeed.

Here is what Alia had to say about the situation after being in Morocco for a week.

“I am being changed, rapidly and profoundly, so much so that the profile photo I posted, taken on my first day here already feels “outdated” after only 10 days. I am noticing physical changes in Tomas as well. Sometimes I do a double-take to make sure it’s really him! We spoke about this last night and Tomas gave me a wonderful insight into one possible explanation for this rapid change within ourselves.

We are with Soul Family. What is that? You many ask.

When one is with another Soul family member, there is an instantaneous deep connection that transcends all apparent differences, such as gender, nationality, education, religious preferences, etc. Within a Soul Family gathering there is complete acceptance and an ability to be one’s true self, able to express fully all aspects carried within, creative, intellectual, spiritual – everything!

There is also a natural resonance, a harmony that allows for differing viewpoints – even heated discussion and arguments – followed by a compassionate resolution toward the Oneness that we understand that WE ARE. Every connection with a member of Soul Family has a profound effect on my being. There is a transmission that occurs during each “conversation” that carries data between our DNA. It’s hard to explain unless you’ve experienced it but this is the insight that Tomas shared with me regarding this rapid physical change we are witnessing in the members of our group.

Last evening I spoke with Torrie from Norway. He told me that he had never been in such a group of like-minded people before. “I’ve found people who have read the same books as I have! And the people here know so much about what is going on all over the planet – they are aware of all of it!” The joy I saw in his eyes as he spoke was partnered with a deep sense of relaxation in his body, due to not having to protect, defend, guard or stifle himself in order to relate with people. Several others have made similar remarks. We are all feeling a great relief about being able to BE our Selves.

Yesterday, I felt our international group coalesce. There was no process we did to “get there,” except to spend time in one another’s presence with open hearts and minds. From this space will surely come miracles and wonders.”

So you see as the world continues to awaken we will soon be in the presence of our “Soul Family” and will no longer have to endure this journey alone. And the feeling of being in the presence of our awakened brothers and sisters will certainly be life-altering. It has already begun in Morocco and will continue throughout other places around the world. This is the future and what we have to look forward to and exciting times are ahead so we need to be patient.