The Idea of Counterspace 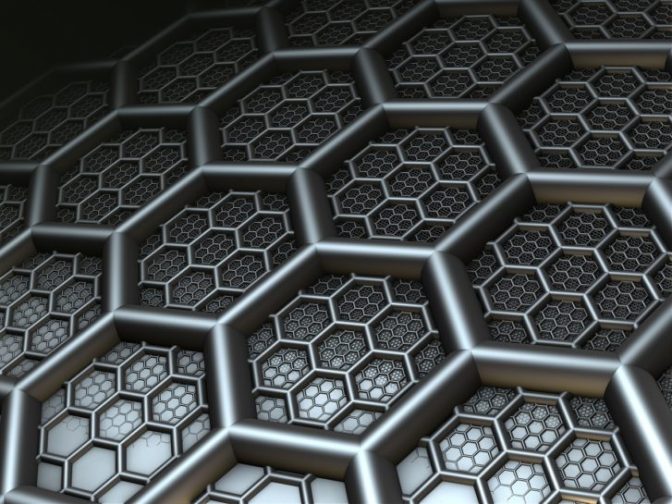 At a time in history when contemporary social and economic thinking has been dominated by the idea of an expanding economy, scientific thinking has taken a similar direction—especially as regards theories of an expanding universe. It is important to note this trend, for the ways in which men have at varying times in history conceptualized the universe in which they live—the forms of thought in which their science or their religious beliefs are expressed—have a direct effect on their ways of living and upon their social forms. The prevailing “thought forms” (Denkformen) of a time are reflected in the social organism.

For example, when the space of Euclid, with its rigid and right-angled three dimensions emanating from a central point, was taken absolutely for granted, social forms were organized in accordance, strictly graded around a central source of power, whether religious or secular. A dominion or kingdom is a finite area; the means of communication radiate quite naturally to and from the hub or capitol, relating it to the outskirts or frontiers. The area under rule may be large or small—it may expand or contract according to the exigencies of war—but the essentials remain the same. The ideal thought-form behind this type of picture is Euclid’s circle: a center with radii relating it to a more or less distant periphery or circumference—an outer limit.

When one comes to think of it, the thought-picture of the Euclidean circle, or its three-dimensional counterpart, the sphere or globe, has been for centuries —and still is—a powerfully formative image or ideal, both in science and sociology.

In the 1820’s and 30’s, the non-Euclidean geometries were discovered. Spaces of more than three dimensions were thought out, thus shaking the absolute nature of classical conceptions of space, and of the uniform flow of time. The result was the conjoining of what had been thought of as two radically different entities into one: space-time. In the 19th century, the unceasing efforts of scientists to adapt then-current forms of thought to the new phenomena led still further away from the old, hitherto unquestioned, framework, into which researches concerning “real” objects in space and time could no longer be made to fit. The result, of course, was the theory of relativity and subsequent developments, which so radically changed our picture of the world. As a result of these new concepts of matter and energy, the old ground with its familiar landmarks, appeared to dissolve away. Yet in practical, day-to-day matters, the space of Euclid is still valid—even if theoretically it is no longer finite but.has, in the new understanding, acquired an “infinitely distant plane” or “absolute.”

During the second half of the 19th century, Arthur Cay-ley and Felix Klein discovered that the specialized and rigid forms of geometry in which some specific measure appears could all be based on the more general and mobile projective form. In this way the ordinary space of Euclid, answering to our everyday experience in the physical world, and also the different non-Euclidean spaces, could all be approached from their appropriate points of view, which are embraced in projective geometry. (In Cayley’s words, “Projective geometry is all geometry.”) As Adams wrote in 1949, “Projective geometry has discovered that the ideal structure of three-dimensional space does not proceed one-sidedly from the point alone, but from two opposite entities—point and plane—which play a fully equivalent part in the fundamental structure.” 1

Amid all the possibilities of variation and change in relationships between the fundamental geometric entities in projective space (points, lines and planes) according to the definitions of this geometry, it was only necessary to propound an unique entity, as it were cosmically or absolutely given, whereby the measures of a particular type of space could be determined. This entity is called “the Absolute” of any space.2 In projective geometry, the infinitely distant line of the plane functions just as any other line does, and it contains the infinitely distant point of every line in the plane. In the special case of Euclidean space, the Absolute is the plane at infinity and the measures become equal and symmetrical around a central point. The Absolute, in the full sense of the word, is the ruling factor in projective processes taking place between points, lines and planes in the full three dimensions of projective space. (However, for the sake of simplicity, the example given below is restricted to a two-dimensional plane figure.) When in the full three-dimensional space the Absolute plane is the infinitely distant plane, then the forms take on the characteristics of what may be called positive or Euclidean space. It is the type of space necessary for the right-angled symmetries and parallelisms of architectural creations and the expansive and contractive rigid measures of plus and minus in the material world.

2   It is more complete and mathematically exact to say that the Absolute of Euclidean space is an infinitely distant plane with an “imaginary circle” inscribed therein, and that the Absolute of counter-Euclidean space is a point-at-infinity containing an “imaginary cone.” “The conception of elements lying at an infinite distance is due to Desargues, who in 1639 explicitly considered parallel straight lines as meeting in an infinitely distant point, and parallel planes as passing through the same straight lines at an infinite distance. . . . Poncelet [1822] arrived at the conclusion that the points in space which lie at an infinite distance must be regarded as all lying in the same plane.” (L. Cremona,Elements of Projective Geometry, N. Y. Dover, 1960, p. ix.)

An elementary or imaginative pictorial approach to projective geometry is sufficient to introduce us to the vast range of possibilities of formative relationships between the simple elements of point, line and plane which come about by introducing movementinto a configuration. This geometry used to be called the Geometry of Position (analysis situs), which may be interpreted as saying that no amount of movement in the relative positions of the geometrical elements would destroy the underlying law of a configuration.