The Methods and History of Homeopathy 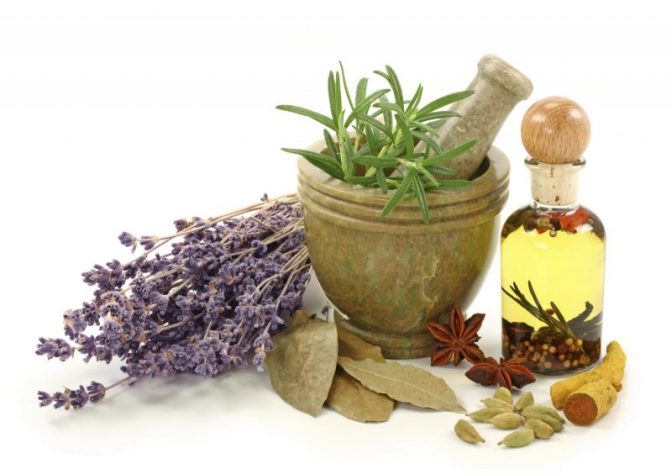 Homeopaths claim that Hippocrates may have originated homeopathy around 400 BC, when he prescribed a small dose of mandrake root to treat mania, knowing it produces mania in much larger doses.In the 16th century, the pioneer of pharmacology Paracelsus declared that small doses of “what makes a man ill also cures him.”

Samuel Hahnemann (1755–1843) gave homeopathy its name and expanded its principles in the late 18th century. At that time, mainstream medicine used methods like bloodletting and purging, and administered complex mixtures, such as Venice treacle, which was made from 64 substances including opium, myrrh, and viper’s flesh.

These treatments often worsened symptoms and sometimes proved fatal. Hahnemann rejected these practices – which had been extolled for centuries – as irrational and inadvisable; instead, he advocated the use of single drugs at lower doses and promoted an immaterial, vitalistic view of how living organisms function, believing that diseases have spiritual, as well as physical causes.

Revival in the 20th Century

According to Paul Ulrich Unschuld, the Nazi regime in Germany were fascinated by homeopathy, and spent large sums of money on researching its mechanisms, but without gaining a positive result. Unschuld further argues that homeopathy never subsequently took root in the United States, but remained more deeply established in European thinking.

In the United States the Food, Drug, and Cosmetic Act of 1938 (sponsored by Royal Copeland, a Senator from New York and homeopathic physician) recognized homeopathic remedies as drugs. In the 1950s, there were only 75 pure homeopaths practicing in the U.S. However, by the mid to late 1970s, homeopathy made a significant comeback and sales of some homeopathic companies increased tenfold.[63] Some homeopaths give credit for the revival to Greek homeopath George Vithoulkas, who performed a “great deal of research to update the scenarios and refine the theories and practice of homeopathy” beginning in the 1970s,[64][65] but Ernst and Singh consider it to be linked to the rise of the New Age movement. Whichever is correct, mainstream pharmacy chains recognized the business potential of selling homeopathic remedies.

Bruce Hood has argued that the increased popularity of homeopathy in recent times may be due to the comparatively long consultations practitioners are willing to give their patients, and to an irrational preference for “natural” products which people think are the basis of homeopathic remedies.

Homeopathic prescriptions are referred to as “remedies”. Practitioners rely on two types of reference when prescribing: materia medica and repertories. A homeopathic materia medica is a collection of “drug pictures”, organized alphabetically by “remedy,”. These entries describe the symptom patterns associated with individual remedies. A homeopathic repertory is an index of disease symptoms that lists remedies associated with specific symptoms. In both cases different compilers may dispute particular inclusions.[68] The first symptomatic homeopathic materia medica was arranged by Hahnemann. The first homeopathic repertory was Georg Jahr’s Symptomenkodex, published in German (1835), which was then first translated to English (1838) by Constantine Hering as the Repertory to the more Characteristic Symptoms of Materia Medica. This version was less focused on disease categories and would be the forerunner to later works by James Tyler Kent. Repertories, in particular, may be very large.

Some homeopaths also use so-called “nosodes” (from the Greek nosos, disease) made from diseased or pathological products such as fecal, urinary, and respiratory discharges, blood, and tissue. Homeopathic remedies prepared from healthy specimens are called “sarcodes”.

Some modern homeopaths have considered more esoteric bases for remedies, known as “imponderables” because they do not originate from a substance but some other phenomenon presumed to have been “captured” by alcohol or lactose. Examples include X-rays and sunlight.

Other minority practices include “paper remedies”, where the substance and dilution are written on pieces of paper and either pinned to the patients’ clothing, put in their pockets, or placed under glasses of water that are then given to the patients, and the use of radionics to prepare remedies. Such practices have been strongly criticized by classical homeopaths as unfounded, speculative, and verging upon magic and superstition.

Mortar and pestle used for grinding insoluble solids, such as platinum, into homeopathic remedies

Hahnemann found that undiluted doses caused reactions, sometimes dangerous ones, so specified that remedies be given at the lowest possible dose. He found that this reduced potency as well as side-effects, but formed the view that vigorous shaking and striking on an elastic surface – a process he termed Schütteln, translated as succussion – nullified this. A common explanation for his settling on this process is said to be that he found remedies subjected agitation in transit, in saddle bags or carriage, were more “potent”. Hahnemann had a saddle-maker construct a special wooden striking board covered in leather on one side and stuffed with horsehair. Insoluble solids, such as granite, diamond, and platinum, are diluted by grinding them with lactose (“trituration”).

The process of dilution and succussion is termed “dynamisation” or “potentisation” by homeopaths. In industrial manufacture this may be done by machine.

Serial dilution is normally achieved by taking an amount of the mixed remedy and adding it to a new vessel filled with solvent, but the “Korsakovian” method may also be used, whereby the vessel in which the remedy is prepared is emptied, refilled with solvent, and the fluid adhering to the walls of the vessel is deemed sufficient to make the new batch more potent.

Fluxion and radionics methods of preparation do not require succussion. There are differences of opinion on the number and force of strikes, and some practitioners dispute the need for succussion at all while others reject the Korsakovian and other non-classical preparations. There are no laboratory assays and the importance and techniques for succussion cannot be determined with any certainty from the literature.

Three main logarithmic potency scales are in regular use in homeopathy. Hahnemann created the “centesimal” or “C scale”, diluting a substance by a factor of 100 at each stage. The centesimal scale was favored by Hahnemann for most of his life.

A 2C dilution requires a substance to be diluted to one part in 100, and then some of that diluted solution diluted by a further factor of 100.

In homeopathy, a solution that is more dilute is described as having a higher “potency”, and more dilute substances are considered by homeopaths to be stronger and deeper-acting remedies. The end product is often so diluted as to be indistinguishable from the diluent (pure water, sugar or alcohol). There is also a decimal potency scale (notated as “X” or “D”) in which the remedy is diluted by a factor of 10 at each stage.

Hahnemann advocated 30C dilutions for most purposes (that is, dilution by a factor of 1060). Hahnemann regularly used a potency of up to 300C but opined that “there must be a limit to the matter, it cannot go on indefinitely”

In Hahnemann’s time, it was reasonable to assume the remedies could be diluted indefinitely, as the concept of the atom or molecule as the smallest possible unit of a chemical substance was just beginning to be recognized.

The greatest dilution reasonably likely to contain even one molecule of the original substance is 12C.
This bottle contains Arnica montana (wolf’s bane) D6, i.e. the nominal dilution is one part in a million.

Critics and advocates of homeopathy alike commonly attempt to illustrate the dilutions involved in homeopathy with analogies. Hahnemann is reported to have joked that a suitable procedure to deal with an epidemic would be to empty a bottle of poison into Lake Geneva, if it could be succussed 60 times. Another example given by a critic of homeopathy states that a 12C solution is equivalent to a “pinch of salt in both the North and South Atlantic Oceans”,[84][85] which is approximately correct.[86] One-third of a drop of some original substance diluted into all the water on earth would produce a remedy with a concentration of about 13C. A popular homeopathic treatment for the flu is a 200C dilution of duck liver, marketed under the name Oscillococcinum. As there are only about 1080 atoms in the entire observable universe, a dilution of one molecule in the observable universe would be about 40C. Oscillococcinum would thus require 10320 more universes to simply have one molecule in the final substance. The high dilutions characteristically used are often considered to be the most controversial and implausible aspect of homeopathy.

Not all homeopaths advocate extremely high dilutions. Remedies at a potency below 4X are considered an important part of homeopathic heritage. Many of the early homeopaths were originally doctors and generally used lower dilutions such as “3X” or “6X”, rarely going beyond “12X”. The split between lower and higher dilutions followed ideological lines. Those favoring low dilutions stressed pathology and a stronger link to conventional medicine, while those favoring high dilutions emphasized vital force, miasms and a spiritual interpretation of disease. Some products with such relatively lower dilutions continue to be sold, but like their counterparts, they have not been conclusively demonstrated to have any effect beyond that of a placebo.

At first Hahnemann used undiluted doses for provings, but he later advocated provings with remedies at a 30C dilution, and most modern provings are carried out using ultra-dilute remedies in which it is highly unlikely that any of the original molecules remain. During the proving process, Hahnemann administered remedies to healthy volunteers, and the resulting symptoms were compiled by observers into a “drug picture”.

The volunteers were observed for months at a time and made to keep extensive journals detailing all of their symptoms at specific times throughout the day. They were forbidden from consuming coffee, tea, spices, or wine for the duration of the experiment; playing chess was also prohibited because Hahnemann considered it to be “too exciting”, though they were allowed to drink beer and encouraged to exercise in moderation.

After the experiments were over, Hahnemann made the volunteers take an oath swearing that what they reported in their journals was the truth, at which time he would interrogate them extensively concerning their symptoms.

Provings are claimed to have been important in the development of the clinical trial, due to their early use of simple control groups, systematic and quantitative procedures, and some of the first application of statistics in medicine. The lengthy records of self-experimentation by homeopaths have occasionally proven useful in the development of modern drugs: For example, evidence that nitroglycerin might be useful as a treatment for angina was discovered by looking through homeopathic provings, though homeopaths themselves never used it for that purpose at that time. The first recorded provings were published by Hahnemann in his 1796 Essay on a New Principle. His Fragmenta de Viribus contained the results of 27 provings, and his 1810 Materia Medica Pura contained 65. For James Tyler Kent’s 1905 Lectures on Homoeopathic Materia Medica, 217 remedies underwent provings and newer substances are continually added to contemporary versions.

Though the proving process has superficial similarities with clinical trials, it is fundamentally different in that the process is subjective, not blinded, and modern provings are unlikely to use pharmacologically active levels of the substance under proving. As early as 1842, Holmes noted the provings were impossibly vague, and the purported effect was not repeatable among different subjects.

Homeopaths generally begin with detailed examinations of their patients’ histories, including questions regarding their physical, mental and emotional states, their life circumstances and any physical or emotional illnesses. The homeopath then attempts to translate this information into a complex formula of mental and physical symptoms, including likes, dislikes, innate predispositions and even body type.

From these symptoms, the homeopath chooses how to treat the patient using materia medica and repertoires. In classical homeopathy, the practitioner attempts to match a single remedy to the totality of symptoms (the simlilum), while “clinical homeopathy” involves combinations of remedies based on the various symptoms of an illness.