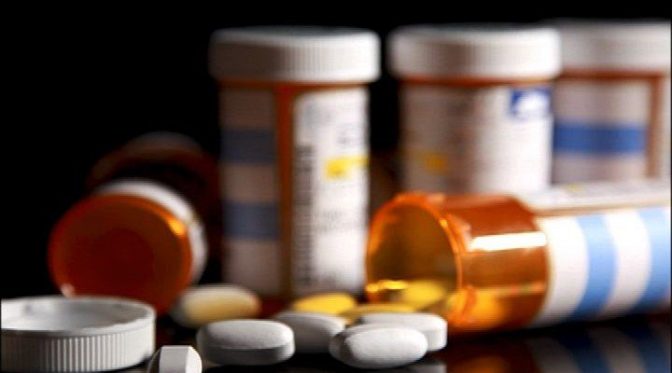 Prescription drugs are the 4th leading cause of death in the world. If that’s not enough to make you shriek, I’m not sure what will.

The pharmaceutical industry is committing a silent holocaust around the globe. It works like this: People are sick because they aren’t getting proper nutritients. Then they are covering up their sickness with a doctor-prescribed pill. But this is causing some serious side effects, leading their doctors to prescribe more pills to conceal those side effects.

The following is a list of the 7 most dangerous and heavily promoted prescription drugs with some natural alternatives.

What’s the deal? Used to treat rheumatoid arthritis, lupus, asthma, allergies and many other conditions. Corticosteroids mimic the effects of hormones your body produces naturally in your adrenal glands, which sit on top of your kidneys. When prescribed in doses that exceed your body’s usual levels, corticosteroids suppress inflammation.

What’s the deal? For the most part, Methotrexate is used alone or together with other medicines to treat several types of cancer such as breast, head and neck, lung, blood, bone, lymph node and uterus cancers.

What’s the deal? Anticoagulant (blood thinner) which prevents the formation and migration of blood clots.

What’s the deal? There are multiple types. Some of these drugs (Atromid and Lopid) work by absorbing bile acids which are produced from cholesterol in the intestinal tract and cause them to be excreted, thereby lowering the levels of cholesterol circulating in the blood. Statin drugs reduce production of cholesterol in the liver and alter the way in which LDL cholesterol enters the cells.

What’s the deal? Prozac, Zoloft, Paxil, Lovan and Luvox belong to a class of drugs which alter the mechanism that balances levels of the neurotransmitter serotonin in the brain. Serotonin affects mood, agitation, anxiety and sleep. These drugs mock the re-uptake or removal of serotonin by nerve cells in the brain, thus leaving more serotonin to bind to the receptor sites. This has been shown to alter mood and behavior.

What are the side effects? The FDA has admitted that antidepressants can worsen depression and suicidal symptoms in some patients. Other side effects include:

What’s the deal? It produces such effects as increasing or maintaining alertness, combating fatigue and improving attention. Traditionally used to treat ADD or ADHD in children. It has also been used to treat narcolepsy. Frighteningly enough, Dr. Bruce Perry, a world-renowned ADHD expert, has stated that ADHD is not a real disease.

What’s the deal? A class of drugs used to lower blood pressure.

The bottom line is that taking a long term medication which alters any of your natural body functions is obviously dangerous. This includes virtually everything used for high blood pressure and heart disease; diuretics, beta blockers, calcium channel blockers and ACE inhibitors.

While prescription pills are beneficial in some cases, the Collective Evolution team are advocates of nutrition as the most powerful type of medicine. Our body is truly a remarkable machine naturally built for optimal function, but this is only when we provide our body with all of the essential nutrients that it needs.

When we are not supplying our bodies with proper nutrition, disease likely manifests. This is usually when most people will resort to prescription drugs. These drugs only cover up the problem, but are never actually dealing with the root cause.

Check out the following documentaries to learn more about the dangers of pharmaceutical drugs:

Behind the Orange Curtain

Making A Killing: The Untold Story of Psychotropic Drugging

These Popular Antibiotics Are Prescribed To Millions Every Year & They Have Detrimental Effects. Everyone Needs To Be Aware Of This