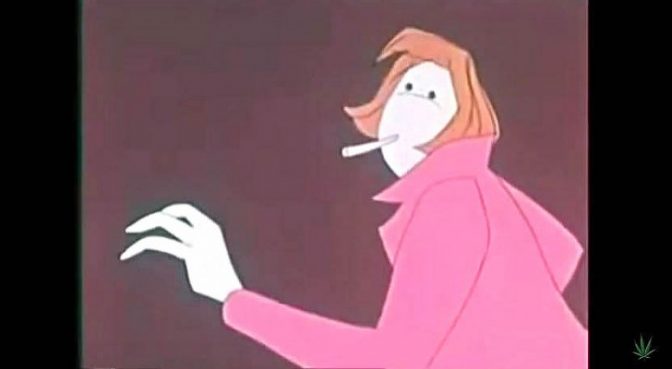 It is astonishing to think that at one time cannabis was considered a menace to our youth and society at large.

Today, the myriad of health benefits and practical uses of cannabis and hemp are out of the bag, and this new knowledge has ignited a global referendum to abolish the ridiculous laws associated with its use.

Despite all this, as a child I was terribly afraid of pot. The lies they told us in school – how it kills brain cells, how it causes lung cancer, etc. – stuck me with me throughout most of my adolescence so intensely that even the slightest smell of the aromatic herb would cause my heart to race in terror.

I guess those cheesy anti-weed commercials did their trick at the time, but fortunately, not for long. As soon as I became old enough to question the world around me and diligent enough to do even the slightest bit of research on marijuana, that fear quickly morphed into a worthy appreciation for nature at its finest.

Blatant cannabis propaganda found its roots in the 30’s, when organizations such as the Federal Bureau of Narcotics began pushing for its prohibition through the use of cheesy posters and films.

Surprisingly enough, cannabis propaganda can be traced back to the 30’s, when organizations such as the Federal Bureau of Narcotics (see video below) began pushing ludicrous anti-pot propaganda (lest we forget, ‘Reefer Madness’) upon a gullible population, a stratagem that poisoned the minds of generations to come.

Over the course of the next few decades, cannabis would become the scapegoat for political, religious, corporate, and even racial manipulation and falsehood, eventually re-earning its credence with the renaissance of scientific research during the last leg of the century.

Though we’ve made great strides in exposing the truth around cannabis today, we must not forget where we’ve come from.

As an homage to the latter, let’s take a look at some of the most ludicrous (but high-larious) anti-cannabis commercials to date. Some of these you’ll likely remember.

A collection of a few.

“What if a joint was in someone else’s hand, like your surgeon’s? Then would you think it’s harmless?“

“When you start smoking marijuana, people will start calling you all kinds of names, like ‘pothead,’ or ‘smokey-Mac-Bongwater’.“

“The brain is for thinking, not fumigating.”

“She can’t answer you. This is the way it’s been since she started smoking pot. She’s all lazy and boring.”

Comparing smoking marijuana to sticking leeches on your skin…huh?

“This is your brain on drugs” *cracks an egg onto a scorching hot skillet*. Meth maybe, marijuana no.

What are your thoughts on these commercials? Do they do a good job of convincing you to boycott cannabis? Share with us in the comment section below!