The Music Never Stopped: Dead Shows and a Vision of Fellowship 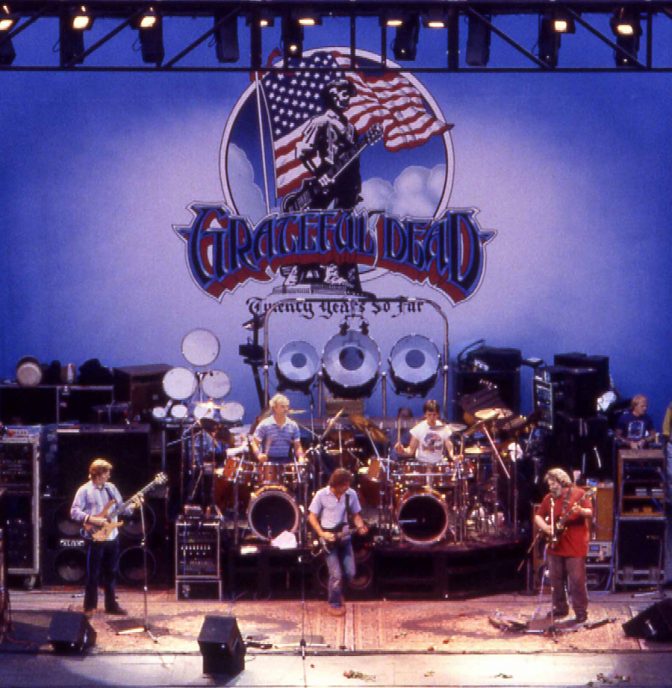 I recently set up an interview with Sacha Stone of the New Earth Nation http://www.newearthproject.org/ which took place yesterday. I sat back and listened while I had one of my writers Dan ask Sacha a series of questions and was just amazed by all of his responses. This interview will be published with the release of our New Earth Media news section in the very near future.

One thing that Sacha said however really resonated with how his vision of the New Earth Nation will appear seven to ten years down the road. He does not simply see isolated fractal communities throughout the planet. His vision is of fellowship, brotherhood and sisterhood, and love and compassion in every single town, community, and city around the world. So you see this is not just a separate nation isolated from the rest of the world, but a nation that will capture the hearts of the entire world as we all become One and share in this vision. And as I listened to this vision I couldn’t help imagining what this future will look like. I then recalled a time when I experienced this first hand. In the late 1980’s through the mid 1990’s, a movement that began with a few of the Hippies on the corner of Haight and Ashbury in San Francisco, a movement or should I say “The Dead Tours” gave me a glimpse of this reality.

Whether you like the music of the Grateful Dead or not, as an awakened heart you can appreciate the love and fellowship that captured the hearts of the group and their fans. This movement gave us all an opportunity to step outside the matrix for a day, or for a three day stop, or even an entire summer tour. Many people left their homes in the beginning of the summer and packed an egg crate mattress and sleeping bag with a small bag of clothes and took off. Usually earning money on the road selling jewelry, grilled cheese sandwiches, cannabis and other illegal substances, and clothing just to name a few. The only thing you would never sell on tour was a cassette of a live dead show. That was off limits. This music was to be given away freely.

There was no real bathing and showering and definitely not shaving of any kind. Even for the women. Appearances were clothing and the look of the long-haired Hippies that could have jumped right out of a 1960’s time machine. When you got onto the parking lot a feeling of euphoria and love swept over you. It was like you knew these people your whole life. You knew in your heart that this is where you belonged and these were your people. You would do anything and everything to help these people without wanting anything in return. A true fellowship and brotherhood and sisterhood of love, peace, and compassion. And my vibrations were as high as they have ever been to this day when I was among fellow “Dead Heads”. And as I continue to connect and eventually meet in person groups of awakened brothers and sisters, I sense this feeling will be replicated.

The scene on the parking lots was of grills and drum circles, sounds of nitrous oxide tanks filling balloons, tents with merchants selling their goods, the smell of grilled cheese and cannabis, cars and buses covered in dead stickers, dead music blasting from car stereos . There were even live bands like my old band Circle Nine that would bring generators and set up on the parking lot and play. My band played at the very last Dead show at RFK in Washington DC in June of 1995 for several hours. One of the greatest experiences of my life.

When you got into this concert, if you got the “miracle” you so “needed”, it was an adrenaline rush.   You had no need to look at your ticket stub to find your seats. Assigned seating? Not in our world. You sat anywhere you wanted. The opening band would start and a mad rush of people would jump the floor barriers around the stadium or arena and rush the stage leaving most of the seats in the bleachers and upper decks empty. We always sat left side of the stage or as we called it “Phil Side” (for Grateful Dead’s bass player Phil Lesh).

The Grateful Dead would always have some tremendous opening acts. Bob Dylan, Neil Young, Traffic, Paul Simon, Crosby Stills and Nash, and Sting just to name a few that I’ve seen. And many times Jerry Garcia would come out with the opening bands to do a song or two.

When the Grateful Dead came out on stage it was time to shake them bones and dance the night away and get completely lost for several hours. The sound of Jerry Garcia’s guitar was mesmerizing and almost brought you into a hypnotic state of euphoria. During that time there was an overwhelming sense of Oneness. You were one with the music, one with everyone there, and one with the entire universe. It was pure magic. It seemed nothing could ever come close to those feelings again.

When the band finished up the party continued out on the parking lot usually until sunrise. And the most devastating feeling was when you had to leave and go home. Back to reality. Back to the work and back to the matrix. The only thing you had to look forward to was getting back to the next show. Because “The Music Never Stopped”. Even after the death of Jerry Garcia in the summer of 1995 the shows continued and still do to this day. Although I must admit they are not the same without Jerry.

Many people around the world like to meditate on a daily basis. I must admit that I personally do not meditate in the classic sense. My meditation has been and always will be putting on the headphones or cranking up the house or car stereo and taking my consciousness back to another time and place in my life and through music reliving certain experiences. I will say anytime I listen to those fellows from the corner of Haight Ashbury, it brings me back to those glorious days in my 20’s. It also brings forth hope that one day we can all experience this sense and feel this way each and every day of our lives.

The New Earth Nation will one day create a world similar to the world I personally witnessed at those Grateful Dead shows back in the day. This is a world we will all enjoy and why I volunteer each day to help bring this to reality. Not just for a few fractal communities, but as Sacha has stated in his vision, the entire planet. Once you experience that feeling of fellowship and love and compassion, your soul yearns to live in that moment again. As I am writing this I am listening to the very last Grateful Dead show I was at on June the 25th 1995 and reliving that glorious day almost 20 years ago. They opened with Shakedown Street and one of the closing songs appropriately being Brokedown Palace. For it was the end of an error.