The Power of Pro-Active Co-Creation: Manifesting the Future We Want to See 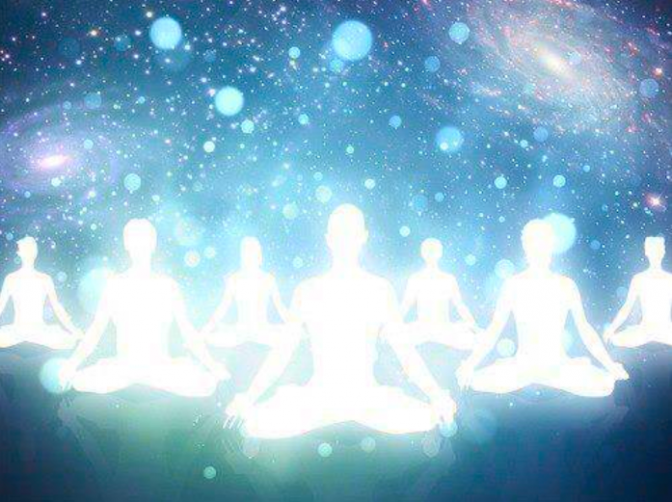 What we focus on, what we envision, we tend to attract to ourselves as our next “reality”. Usually we do this unconsciously, out of a limited perception of our own possibilities, often with negative consequences for our lives. But we also have the potential to harness this power as an enormous force for the good. This is what we are being called to today, to shake ourselves out of the misperception of our helplessness, and reclaim our power to shape our true evolution, our highest destiny.

Many people are discouraged today as they hear scientific reports that we have already crossed certain major ecological tipping points, which will cause irreversible effects. Yet recognizing the indivisibility of consciousness, energy and matter gives us a crucial key to influencing events in the material world which otherwise, according to purely logical, linear scientific assessments, would appear to be intractable. In other words, what the linear mind sees as predictive and beyond its control, the subtle mind and heart energies can actually take a pro-active role in changing.

We need to understand the influence we can have on outer events through the subtle-energy field connections generated by our intentions, the energy emanating from our own minds and hearts. Through our intentions, our invocations of certain forms of reality, we help bring them into being. When we access this deeper field of subtle and non-local, quantum energies, we are no longer helpless witnesses of an impossible future but active architects in the future we want. At this level of perception the fixed borders of time and space loosen up, reality becomes more malleable, and the future becomes more permeable to the present.

Abraham Lincoln said: “The best way to predict the future is to create it.” This means that the more deeply we tune into the great Love that is already there, the sooner it will manifest in reality. Happily, if we do this as individuals, it shakes up (jogs) the deeper, causal field through which we are connected, activating the greater collective manifestation of love on our planet.

The logical, linear mind, when unable to find a solution to a problem, is constrained to sit helpless, passively waiting for a future over which it has no control. This is the state in which we find ourselves as a collective today; the linear mind, along with all the social structures and strategies that have grown out of it, have hit up against their own limits. This impasse propels us to seek our solutions at a higher level of consciousness. Seeking solutions to our future compels us to start accessing future modes of consciousness.

“As we see it, so it is.” This is one of the central tenets of the new rising worldview: one of pro-active co-creation, rather than impotent predictions based on our own limited past realities. If we tune into the highest possibilities for our future, which already exist as latent potentials on the causal plane, we bring them into reality – that is, progressive manifestation on this physical plane. In this way we use the powers of our consciousness to create a new future, not just to stand by in fear, despair and denial and witness our own demise.

The question is not, will this happen or won’t this happen, is there any hope for the world or what can I do, but what level of consciousness am I tuned into at this moment? If I am tuned into deep peace, if I am invoking the light, I will be bringing that light, the light of a new future, into this world, in this very moment. Active co-creation, the power of resonant manifestation, replaces intellectual evaluation of what can or can’t be done. In fact, at this point in history, intellectual evaluation is powerless to solve our problems; our situation has become so complex and conflicted that from the point of view of the mind, nothing can be done! So we are being called into the heart, and the subtle-energy field it tunes into, where the template of the new dawn is waiting for us to bring our openness, love and devotion to its emergence.

What we are engaging here, in an astonishing way, is unprecedented in human history. Humankind may be embarking on a kind of pro-active r/evolution of quantum connectivity: learning to collapse the potentials of the future into present reality. The old ways of separation, opposition, protest and resistance against an obsolete system are losing both their traction and their necessity, as we gain the powers to co-create our own future by aligning with the Source of Creation Itself, and its own highest templates for our evolution.

There is a co-creative revolution going on today: we are re-claiming our power to shape our own reality, not just as individuals but a global society. We are waking up from a dream of separation, isolation and impotence and recognizing that, by reclaiming the truth of our interconnection and unity, we also reclaim the power to bring about the kind of future we want to see in our world.