The Role Of Love In A Sustainable World 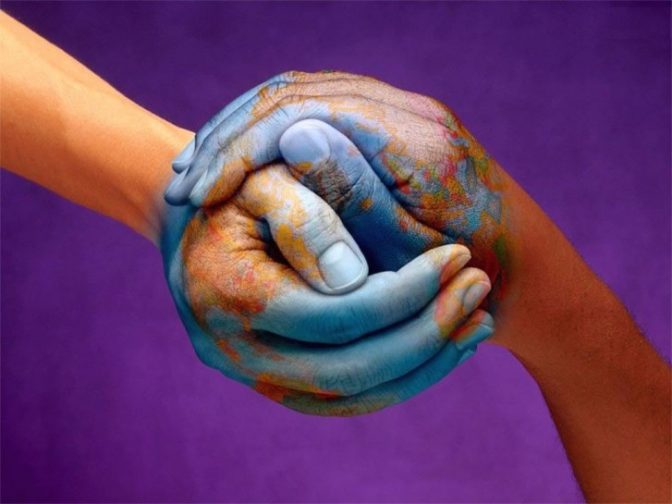 In this piece, Erik Leipoldt PhD considers the pivotal role of love in shaping a sustainable, interdependent life. Erik has a varied background and has lived with quadriplegia since 1978. He is involved in a Citizen Advocacy program; is an Adjunct Researcher with Edith Cowan University and is a senior sessional tribunal member in the Western Australian guardianship jurisdiction. He has developed a website on alternate energy sources www.alternate-energy-sources.com to explore the contribution that might be made through a disability perspective of interdependence towards a sustainable world.

Every day the news has stories of global warming and climate change. We could say that we are now living in an environmentally-disabled world. Natural cycles have been disrupted, causing floods, droughts and rising sea levels, and making many people highly vulnerable to their effects. We can link the effects of global warming back to the thinking which developed during the Age of Enlightenment, over five hundred years ago, when ideas about individualism and materialism gained acceptance; ideas which were later fuelled by the mechanics of technology and cheap fossil fuels. We find similar attitudes and ideas playing a role in the disablement of people, except that disability is less newsworthy.

Often for both our disabled environment and people who live with a disability, the immediate remedy is typically seen as more money and the wonders of technological fixes rather than attempting to change individual values or societal attitudes. Thus, in the climate change debate, the immediate remedy involves huge investments in alternative energies and infrastructure, while in the area of disability, the remedy is often sought through the provision of more money for services, through medical cures such as stem-cell technology, and through additional laws about rights.

These approaches are based on old thinking which over-emphasises the individual, the material, a strong sense of control over life, and the right to exercise that control as we see fit. Living within limits is not in this ideology’s vocabulary, nor are dependency on others, frailty, losses of individual control, and vulnerability. These are all inevitable parts of any person’s life at some point, whether newborn, ill or frail-aged.

Old thinking is part of the problem because it devalues these realities of life and the people that embody them. In today’s society people are primarily valued according to their contribution to the economy hence, there are negative social attitudes towards people with disabilities who are patently vulnerable and often poor. So therefore, as a person with a disability, never look for salvation as a ‘consumer’, as part of an economy that depends on an idea of everlasting material growth. This ideology by definition can never fully value you – at most you will be an ‘honorary consumer’ in an economy, not a person in a community.

Merely living as ‘Homo economicus’ has brought its social problems too, such as losses of public trust, high rates of depression in developed countries, loneliness and social disconnection. So it’s not exactly a sustainable way of doing things.

Astonishingly enough, to old thinkers, the experience of disability actually contains some very practical lessons for living life sustainably. A sustainable life involves the wisdom of knowing when to accept limits and which to cross. So, acceptance of your impairment may be helpful but acceptance of negative attitudes towards them is not. It involves learning the skill of using limited energy responsibly in order to make it last. In using a wheelchair as I do for instance, it is second nature for me to try to get the most out of every situation and not to waste my rather limited energy. Living sustainably means living life as-it-is: interdependent, with temporarily-felt independence and dependence. Reaching out for relationship with others and our environments is our key ‘thrival’ skill. It allows us to live so much more fully than just to survive – usually reserved for the ‘fittest’ competitors anyway. I consciously try to build relationships with others around me as I know from experience that this is the highway towards having a good life and to feeling good.

Human wellbeing and happiness primarily depend on being loved. This involves positive relationships and the mutuality of giving and receiving love to the extent each can. Being loved involves being supported to express one’s potential and being protected in hard times. We need that kind of thinking and acting to adapt to living well within a disabled world as much as in living well with disability.

The value of this relational living, with its sense of inner growth and meaning, is actually well-known to most of us: but it can be just so easy to forget about it under the daily torrent of consumerist messages – especially when you try to live as if you are independent and self-sufficient, something none of us ever really are.

Many studies show that people with disabilities, including those who require extensive assistance and support, report their lives to be as good as, or even better than, average. This understanding of what is a good life rests on relational rather than individualistic values, on interdependence and acceptance rather than independence and control. Such understanding can transform the lives of many people, who are facing significant and life-defining moments such as aged people and even people close to death. When my mother was given the definite prognosis that her cancer was terminal the first thing she said to my sister was: “Well, in any case we don’t have to talk about that anymore then.” So, instead of running around for, likely elusive, cures, her acceptance meant that her

remaining months were filled with the warmth of relationship. In that way she demonstrated the meaning of sustainable life – being supported in

her suffering while giving much of great value. I think that is exactly what Carl Jung meant when he once said that the fundamental causes of suffering cannot be fixed, but only transcended. In our world of so many daily and often trivial choices, my mother chose to accept what-was. I am very proud of her.

Achieving a sustainable world depends firstly on personal practice. As we increasingly feel the world’s disablement, perhaps humanity will start to reach out for such relational policies and practices. A Utopian dream? No, I think this would merely be a down-to-earth attempt to accept life as it is, rather than continue to live the disabling myth of material individual independence. For the past five hundred years, the consumerist policies of material individualism have shaped much of our lives, perhaps relational policies could shape our future. Now is a good time. By all indications we have much less than five hundred years to do that.