The Truth About Pain 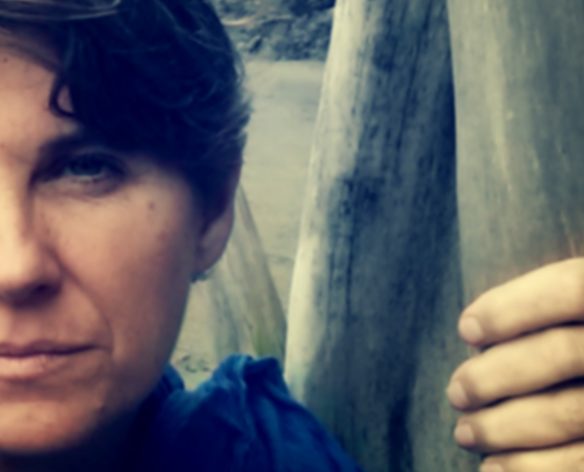 I’ve just figured something out. Something I’ve wondered about, been pissed off about – been so frustrated with. So I’m happy to have figured it out. Today. Thankful.

So, what’s the thing you’re asking…here it is:

I could never figure out why when I needed the most support, going through the greatest and most painful times in my life why I found myself feeling abandoned by my usual seemingly supportive circles. I was astounded that in my greatest time of needing support – that it simply wasn’t there… much (I have to say that my sister Julie has been there for me every time that she could. Thank you, I love you so much).

The kind of support I needed being curled up in a corner on my kitchen floor at 3 a.m. not being able to do anything but muffle my screams so I wouldn’t wake the baby. Not being able to move, let alone walk. Those HARD, HARD times.

Where were my friends? Where were the beautiful conscious women who I had shared so much joy and so many intense experiences with before? Where was my soul family?

Forced to deal with it alone made it seem 100 times more intense. Literally unbearable. I’d have ended my life, if I could have stood up to find a knife. But I stayed there, curled up, screaming for help from someone – anyone at that point would have done.

By the time the morning light began to stream through to my face, I found enough strength to go get my baby – to crawl into bed to feed her. Through the tears on my swollen face, I looked at her and just kept repeating – “I’m sorry…I’m so fucking sorry this is happening to you – to us”. She would just look at me with big, pure innocent eyes, unaware yet fully aware and able to deal with it all better than me.

I fantasized about my circle coming over and holding me and Zara in my bed. Bringing food and wine and making some kind of weird party out of it. But nobody came. Nobody called.

So today, I left a heartfelt, encouraging comment on a facebook post of one of the women that would have been in that circle. She is still feeling the loss of a miscarriage.

I’ll never forget as she came to my house, and with a few other women in our circle, we held her and supported her. One of the women was a nurse, and gave her a rhogam shot in my bed because she had a negative blood type. I physically still remember the pain from her loss.

One of the other women there, would also suffer a similar loss a few months later. I was there with her too, holding her hands as she labored at home in her birth pool. Intentionally experiencing a natural labor of what we all knew was a dead baby. We sang over her, held her, fed her, gave her remedies to help the process along. We had an amazing circle. We buried her baby in a beautiful place on their farm. It was so sad – but at the same time – bearable to her, I think, because we were all there.

So, this morning as I commented on this loss that is still being felt many years later, of this same woman who I supported – I had the memory of seeing her out in public and telling her of what was happening during MY deep loss – because I thought – “maybe they all just don’t know” – so I told her – out in public in what became such an awkward moment that she made a quick excuse and practically ran from me. I’ve literally never seen or heard from her since. The moment has stayed with me for years now – triggering all the abandonment that I felt during that time, which still lingers.

But today is a good day because, as I said – I’ve figured it out. Part of my epiphany has come from a new dear friend who has suffered such a tragic loss, that I can’t even begin to describe it and so will not. But the bottom line, is that she has told me how she has experienced a similar phenomenon – that in her deepest time of need – that she was left very much alone. “Only a very few had the ability or strength to be there at all – it was too big”.

So I get it now. When things are so big, so intense – even the people that you think would be there for you – can’t. It triggers the deepest fears that they have. “If it happened to her – then it can happen to me”.

It brings the reality of the tragedy too close, and people react by running – fast and far away. It’s ok. I guess. I understand it. I get it now.

But for me. I want to be the one that IS there. Always. As much as I can for anyone that I love. Or anyone that I don’t even know. Because I can tell you – that in those deepest, sharpest times of loss and excruciating pain – just someone to hold you – even if it’s a stranger – helps.

It helps make it all feel a little bit more tolerable. Someone to take your hand and lift you up off the kitchen floor, not even needing to say anything, and walking you to your bed – bringing you some tea or a glass of wine – maybe crying with you – just “being” with someone in their deepest pain, helps.

I know this to be a truth. And if you read my blog, you know that there is very little that I believe to be absolute “truth”. But this is definitely one that I can say qualifies.