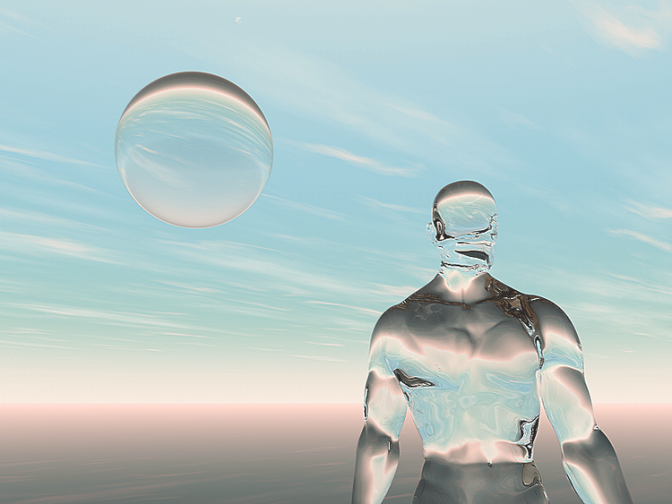 In Part I of this series, I invited you to “open up your eyes to the things unseen.” Let’s assume you’ve now taken that step and are beginning to tune your inner antenna toward the non-physical. Perhaps you’re praying for the first time, have begun a guided meditation practice, learned the Lesser Banishing Ritual of the Pentagram, or are studying about the deeper facets of astrology. And as a result you may be having unusual thoughts, noticing synchronicities or even visualizing symbols. But are you just fooling yourself? Just how exactly do you discern if what you’re learning and experiencing is authentic or if you are just mentally masturbating? For those times when your rational brain kicks into gear (and your Bullshit Meter starts peaking), here are FIVE things to consider.

1.) VERIFIED BY TRADITION – Are there records of other humans who have seen what you have seen or felt what you have felt? This isn’t to say that there are no new experiences to be had, but with thousands of years of experiments and practices throughout history, shouldn’t someone – somewhere – have experienced something similar? If the image of a pink four-headed raccoon god comes to you during meditation and asks you to construct a space craft, it may be time to get a little more sleep! If, on the other hand, you intuit energy centers that ascend up your spine, have a run-in with an angel who calls itself Metatron or get supremely useful advice from a Tarot reading, you can have some peace of mind that at least someone else has had that experience before… and it MIGHT not all be fantasy or self-delusion.

2) SHE BLINDED ME… WITH SCIENCE! – Approach all things believing they will work (this is a MANDATORY cornerstone of magick and The Law of Attraction) but ultimately treat all spiritual endeavors as an experiment. If something doesn’t yield results – stop doing it! Treasure what is effective and discard what is not in exactly the same way a scientist uses the Scientific Method. Keep in mind, however, that many spiritual practices and disciplines take years to seed and so patience is required before results should be fully judged. A surgeon does not become an adept in one year of medical school; some things take decades to master. Even still, if nothing is happening after six months of performing the magical spell you found on Tumblr, it might be because it was completely fabricated.

3) SAY MY NAME – There are hundreds of spiritual traditions and thousands of names for the Divine. While some would point to this as evidence that the majority are fictional, I’m of the opinion that they’re all true. The fact that millions of people have had transcendent experiences while using different language and methods suggests that there is one undivided Divinity that cares less what you call it but rather “becomes” the form that you ascribe to it. I would go so far as to say that even if your image of God is a Flying Spaghetti Monster, your prayers of sincerity may still be effective and you may still receive inspiration in your inner being. Why is that? It’s because you’re using your mental energy to tap into a divine faucet whose nature is energetic and whose makeup is the framework of the Universe. Go deeper and you may even discover that the God you attribute all of this to is actually yourself; YOU are creating these phenomena mentally! When you pray for a new career opportunity, and that opportunity comes, did a Divine puppet master pull strings to make that happen, or did your will and intention push into the ether, creating the scenario you desired? No doubt some will see this as ungrateful blasphemy, but consider why it is that Christians, Muslims, Wiccans, Hindus, native tribes and millions of others have all had divine interactions and answered prayers. I don’t believe it’s because they’re all full of shit. I think it’s a reason to celebrate and validate all of them as credible paths, beautiful and perfect, each in its own way and simply using different language and mythology.

Let me be vulnerable for a moment (and possibly get in some trouble). Many years ago after a personal tragedy I became a deeply zealous “believer” (as one often does in times of desperation). Years after growing out of that stage, however, I’ve often looked back on that time and felt a little embarrassed or ashamed that I was so gullible and silly. But the truth is I actually did experience many synchronicities and “miracles” during that time. See, I willed myself to see signs, look for coincidences and seek divine help. Because that is where my intention lied, that is what manifested. Remember, “the Universe is Mental.” Find a divine form that works for you, seek it with all your heart and watch in awe and devotion as miracles bloom like flowers.

4.) WHEN EVEN THE BULLSHIT WORKS! – Here’s an amazing secret: sometimes that which is clearly hogwash may yield actual results. To put it another way: even if all of your experiences are simply mental projection (and there is nothing supernatural actually happening), there are still psychological advantages to be gained. Scientists call this the Placebo Effect. Maybe the Banishing Ritual you perform in your basement isn’t literally pushing demonic forces away… but instead you are effectively instructing your mind to expel unhealthy thoughts. Perhaps nothing mystical is really happening when you use visualization to cycle energy through your chakras… but observing your breath and imagining light course through your body will definitely induce psychosomatic changes. Hell, even just assuming certain bodily postures can change your psychology.

To take this even a step further, your “imagining” may actually be creating new forms that didn’t previously exist. According to Donald Michael Kraig (and many other magickal teachers), knowing how to properly “imagine” something mentally in the astral plane can actually create it in the physical plane. The universe mirrors back to you your mental state. Consider this: if chronic worry and anger can induce negative situations in the lives of anxious people, then focusing on light, love and goodwill will mirror back a world of positivity and harmony. Don’t believe it’s that simple? Use the Scientific Method and find out.

5.) CHILL, BRO: Lastly, there’s a very real chance you’re full of self-deluded crap! Relax, laugh and realize that’s possible. As .38 Special taught us, we must “Hold On Loosely” to anything and be willing at all times to throw out the baby, the bathwater and even the tub itself as new evidence is presented. In the end we might find out that we’re just accidental bacteria on a rock in space who are utterly kidding ourselves. Now that shit is funny.

Keeping this healthy amount of skepticism in your tool belt, you’re now ready to throw yourself into the process. If you’re able to clear the hurdles of doubt, skepticism and reason you can begin to prepare yourself for the many magical and ancient secrets that await you. But I’m getting ahead of myself. More in Part III…

Trevor Harden is a writer, professional musician, visual artist (sacred geometry + graphic design) and student of all esoteric and exoteric traditions. He studied music theory and composition at Ball State University in Indiana and now resides near the Lowcountry beaches of Hilton Head Island, South Carolina. Find Trevor’s writings, artwork and music at both trevorharden.com and theedgeofspirit.tumblr.com.