THE WONDER OF IT ALL 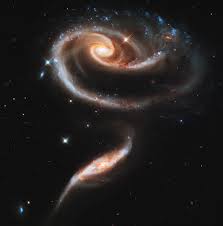 I have always loved Stevie Wonder, and last night’s tv program, Stevie Wonder: Songs In The Key Of Life — An All-Star GRAMMY Salute, was no exception.  The music, singers, musicians and, of course, Stevie himself, was a great ride.  But for me, the most moving part of the evening was Stevie’s message at the end of the show.  I have always considered him spiritual with a special message in his music, honoring the intangible side of life.  Stevie said he wanted everyone to know before he left the stage, left the building, left the planet, that he loves us all.  He said even if he doesn’t know us, has never met us or will never meet us, that he still loves us.  Stevie says love is ‘King and Queen’ and the most important thing in life.  He said if we just get clear about love and let it be a part of our life, we can make the world a much better place.  I wrote about love in my book and agree it is the basis of the universe, but it was such a great message going out to millions from diverse backgrounds – planting seeds on fertile ground.

And such fertile ground it is.  So much transformation is occuring on the planet right now, as well as violence and aggression.  Since the beginning of the year there have been numerous solar flares releasing transformative energy that affects us down to our cellular foundation.  During the first week of January there was a burst of energy from a huge black hole at the heart of our Milky Way that was 400 times greater than any prior release.  On January 7, the interplanetary magnetic field tipped and opened a crack in the Earth’s magnetosphere, allowing tremendous solar winds to buffet the planet.  All the cosmic phenomenon funnel energy to the planet which fuels mankind’s evolution.  Research shows that human DNA is mutating and children are born with three strand DNA.  Prime creator/source has set in motion the means by which we are transforming into our higher expression.  You may not believe me, but like it or not, we are evolving.  It’s like getting caught on a moving train and the difference between getting dragged along or hopping onboard and enjoying the ride.  If you have been working with your vibratory rate, you may be sensitive to the energy changes.  If you are new to the idea, you may feel stressed, anxious or not quite right.  But make no mistake, we are all here to move our planet forward to love and light.  Ancient animosities are playing themselves out on the international stage and long-hidden secrets in finance and government are being revealed.  It’s time for many to pay the piper.

What is asked of us is simply to love – like the motto of Hard Rock Cafe, love all, serve all.  It excludes racism, prejudice, hatred and judgment.  It includes love, acceptance and compassion.  It’s as Stevie Wonder said, the sooner we all get the idea of love, the sooner we change the planet.  We can create change through our actions or swiftly by recognizing the quantum quality of life and that our thoughts create reality.  If you have doubts, study quantum physics and be amazed at the new concepts of our reality that scientists continue to find. Take time to meditate and merge with your core being, the essence of who you are, which all too often is buried by the trappings of modern life.  Send love to the planet and everyone on it, see justice and peace prevail.  See it in your mind’s eye. Exercise your pineal gland, your connection to your higher self.  As more energy enters the planet, the faster we vibrate, the higher the frequency, and the closer we are to the fifth dimension where manifestation becomes our birthright.

So it’s time to take a stance for moving humanity to a beautiful, expansive future for all.  Be love, seed love and be the conduit for God’s energy to unfold on our beautiful planet.  Sample chapters of my book READY OR NOT HERE IT COMES  are available at Amazon.  Message me for information on natal chart readings.  But whatever you do,

STEP INTO THE LIGHT !

Here is the link to the original article: https://readyornothereitcomes.wordpress.com/2015/02/17/the-wonder-of-it-all/