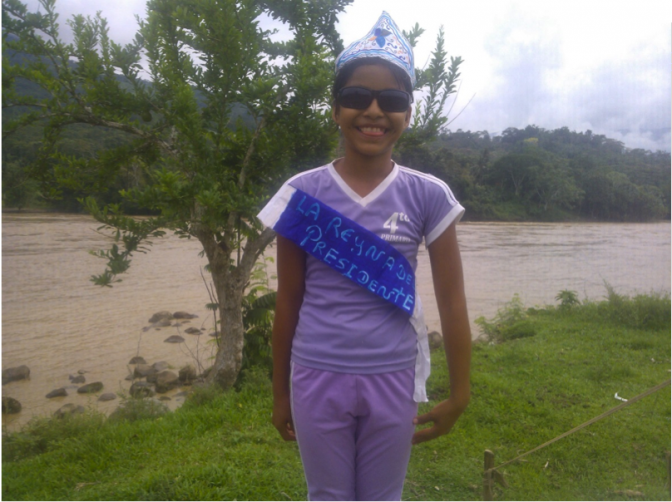 It’s probably not escaped your attention that there have been no new blogs/updates from here in Aguano for about a month. The truth is that I have simply been too busy with the joys and challenges of life here to find time to write about it! But whilst the intensity of those joys and challenges is by no means abating, it is nonetheless time that I let you know what is going on…

Beginning with the YWL Training Camps, the program seeks to engender the capacity for bright young people to tap into their as yet unrealised potential. The intention being that each of the 8,500 Young World Leaders who go through the program, return to their home communities to establish Community Awareness Centre’s where they springboard the rising awareness to the global community at large. The aggregate of Young World Leaders support each other in establishing and maintaining their respective centres through a purpose built online empowerment platform – creating a conscious global support network of young people committed to facilitating the planetary transformation that NewEarth has long espoused.

The Young World Leader Program is particularly poignant for Aguano, as one of the burning questions since arriving here has been how can we realistically create a self-sustaining NewEarth project here in Aguano Muyuna when the local adult population do not possess sufficiently expanded consciousness to be able to maintain the fruits of the project when we step aside (something which we must at some point do if the project is to ever be considered a true success). And so I for one could not be more excited that the program looks set to be the first major initiative we conduct with and for the villagers.

The six week Training Camp which initiates the Program is currently slated to take place during the months of November and December. It will cater to 44 children and young adults in a purpose built ‘NewEarth’ venue. We expect to announce confirmed dates around the end of September.

More information on the program will be available after the 1st of September at http://www.new-earth-project.org/initiative/young-world-leader-program/

The inaugural Training Camp here in Peru is also accepting a small contingent of international participants, so if you or your children are between the ages of 10 and 25, are eager to learn and practice remarkable new skills, and are driven to devote your/themselves to being tomorrows leaders of a new earth, please contact us.