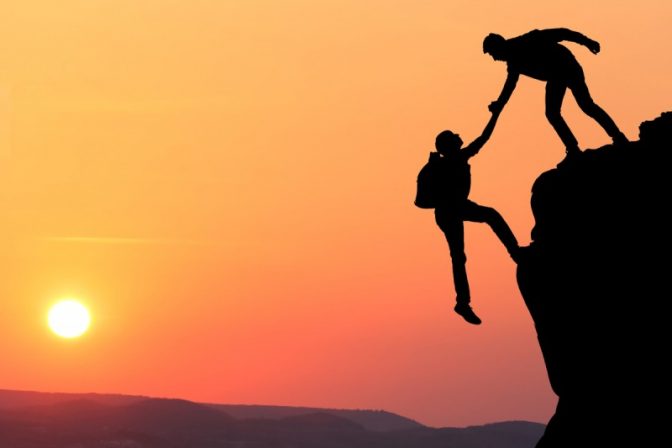 Society is a world built primarily upon a foundation of ideas. Our social norms are ideas, and all the inventions we use everyday – including society’s many institutions and the relations between them – begin first as ideas held in the minds of living men and women before they were given life through human ingenu-ity and cooperation. As we go about our day, we navigate our way from place to place – from task to task – by way of a tapestry of relationships existing between all the ideas which we have collectively brought into physicality through our efforts, and which combine to form the aggregate manifestation we call “civilization”.

Ideas can be powerful – our ideas can condemn us or liberate us depending on their quality. We often take for granted the fact that many of the ideas and perspectives with which we are familiar may be totally for-eign to someone living in a different culture than ourselves. And in modern society, when education and media has been so homogenized and streamlined in accordance with the dictates of corporate interests, we see a very interesting and disturbing phenomenon whereby many people living today have internalized and adopted for themselves various “realities” comprising almost entirely of ideas cooked up in the minds of undisclosed commercial profiteers.

Now, before we continue I am going to assume for the sake of space and time, that those who have found their way to this particular article in the Sovereign Voice are well familiar with many of the finer details of the corporate take-over of the modern judicial and governance systems of the world. My goal here is not to provide a complete description of “where society went wrong”, nor give “legal advice” of any kind. Instead, I am writing now to make a few simple points about the power of the human mind, and the importance of trust. Believe it or not, the concept of a trust is fundamental to the systems of law currently in place all over the world – our governments are essentially trust agreements, as has been covered in Justin Deschamps bril-liant article, “How the Cabal Maintains Power and What You Need To Do About It – Un-Consent”, on page 16 of The Sovereign Voice’s first issue.

So, what do I mean by the “power of the human mind”? It is actually very simple, though nonetheless very profound. What I am talking about is the fact that human beings have the ability to live by the ideas that they hold in their mind – that we can invent and re-invent ourselves when and if we choose to. It is common to hear people in “self-help” circles talk about the importance of recognizing and leaving behind limiting be-liefs because, although not everyone realizes it, one of the biggest problems we have in the world today is the fact that many people are unconscious of the ideas that guide their lives and inform their identities – and un-derstandably so, for we indeed live in a world characterized by omni-competition, and manufactured danger and poverty, as anyone who fully understands the modern economic world can plainly attest. Under such conditions, one can expect epidemic levels of physical, mental, and emotional insecurity among the major-ity of people – and in such situations it is natural for people to be afraid of stepping outside of the consensus mold.

In any case, it is incumbent upon all those who have some modicum of free time and space to take a moment to sit down and ask themselves: “do I really know what ideas are running my life? Are they helpful? Are they true?” We ought to ask ourselves whether or not we truly understand the source and origin of any idea that we may be living out – this way, we can begin to lead our lives in a more conscious manner, free from the influence of those who – for whatever “reason” it may be – may not want to see us become the empowered, intelligent, caring, and resilient people we have the potential to be. Do we fully understand the ideas that make up our world? Do we understand the minds of those who gave us said ideas?

If we look at the word “authority” we see clearly that the word “author” is embedded within it. The “author-ity”, in other words, is one endowed with the ability to determine what we believe and do. When someone has been given “authority” to tell us what to do, we behave accordingly – such as when a teacher tells us to open a book to a certain page. Or, in another situation, when we trust someone to be an “expert” on this or that subject, we call them an “authority” on it, meaning that, on some level, we have given that person the “authority” to co-“author” the narrative of our existence. Hence, we take what they say as “knowledge”. Be- cause they are the “author(ity)”, we have internalized the script they have given us and adopted it as our own because we TRUST them. And because we “trust” them it means we have given them certain “writes/rights” to co-“author” the script(s) by which we live.

Is there such a thing as legitimate authority? Or is there no such thing? If we look at the relationship be- tween a young child and his/her parents it is clear that the parents have a certain amount of “authority” over his/her/their child. If they are competent parents, then that means they can reasonably be entrusted with the task of taking care of their child; that is to say, they can be trusted to provide for that child’s mental, physical, emotional, and spiritual well-being. Applying the same logic to a different situation, if we ask a question to someone who has a proven track record of being honest, then, whatever answer they give, we will more or less accept it as true. Because we trust them, it means that when they say something we are much more likely to accept it as real – and once we have accepted their words as real we will then proceed to live by them. The point here is simply that “authority”, when it is not derived from fraud, manipulation, or violence, is derived from trust.

There is nothing inherently wrong with the concept of authority in and of itself, nor is there anything inher-ently “bad” about the concept of trust! These things are essential elements of any organized society capable of sustainably providing for its members. In any case, let’s be absolutely clear about this: there is no such thing as true and lasting authority without trust – a given power-structure can only survive so long as it receives a critical threshold of support from a consenting public that has given it their TRUST.

Now, what if someone claimed to be an “authority” based on a false argument that has no basis in reality? An example of this would be someone who doesn’t care about Nature, has never gone outside, or read a book about the eco-system calling him/herself an “authority” on ecology. Another example of this would be someone telling you a story about your best friend that never happened. What if someone you’ve never met in your life went from door to door making promises on your behalf without your knowledge or consent?

Would that person be within their rights? Or would such a person in fact be guilty of breaching your trust for committing such an action? Obviously, all these are examples of major breaches of trust.

Trust is not something that can be created by violence. And this is why slavery system in which we live today must provide the public with a basic illusion of freedom – because the status quo cannot afford, at the mo-ment, to have too many people become fully cognizant of the enslavement that is happening all around them. There is a reason why the slavery system resorts to tricky financial mathematics and deceitful legal semantics in order to create tacit contracts and enforce parasitic monetary policy upon the people rather than simply openly telling them via Fox News and/or CNN that they are considered as commodities and “chattel” who exist only to serve the banks. The fact that they still have to invest – even today – at least a bare minimum of resources into actively deceiving the people of the world conclusively shows us that humanity has the power to alter the status quo.

So, what do we do about this? I would suggest that the most important thing any of us could do would be to build trust back into our lives, in every possible way. This means not only developing the discipline to stick through with your word when it comes to dealing with others, but it also means making a commitment to self-honesty as well – it means taking a conscious moral stance that you and you alone are the owner of your mind. It means becoming consciously aware of ALL those ideas by which you live your life. And, when nec-essary, it means taking the time to change them when they turn out to be less than helpful or simply untrue.

We must heal ourselves by falling in love with the Truth. We must dedicate ourselves to lives of learning – because the more we fully understand the world we inhabit, the more we can provide for ourselves, and our community. We must not withhold the knowledge we acquire through life but instead we must share knowl-edge freely with everyone, and learn to respect the life-sustaining power that information can have.

When we are ready – when we have acquired definite knowledge of our greater context – we MUST lend our informed effort towards making sure that our neighborhoods are safe and that our friends have food and water available to them. And if corporations posing as governments chronically prevent us from taking care of our neighbors and ourselves, then they have chosen by their own free will to become obstacles to human-ity’s future, and we must do everything we can to reclaim that future which is our collective birthright, or else we share in the culpability when systemic oppression goes unchecked.

Whatever you allow the government to do to others it may end up doing to you. So if you care about your freedom, then don’t simply defend it for yourself, but defend if for others as well. Today, we are like in- mates holding the keys to our own prison, yet, more often than not, refusing to use them. But we could choose differently. We could choose to cooperate – we can choose to deepen our care and extend our knowl-edge and heighten our perception. For regardless of what is written down on paper here or there, the fact of the matter is that the price of admission to a truly sustainable world is an informed, caring, and brave humanity that has rebuilt its trust.