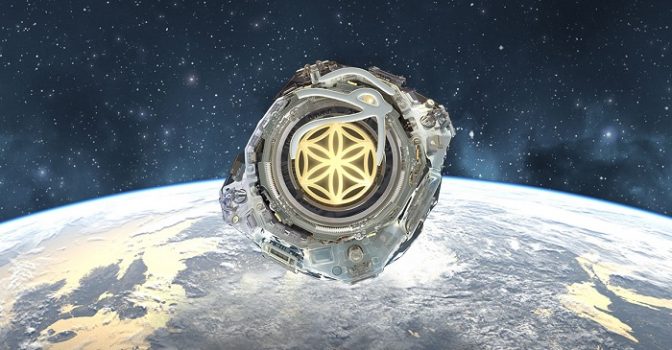 (ANTIMEDIA) — The world’s very first space nation launched this week, but despite the fact that 300,000 members applied for citizenship over the last year, no people were on board.

The satellite is the size of a milk carton and called the “Space Kingdom of Asgardia.” The creators lauded the launch as establishing the first nation to have all of its territory in space, though no countries have acknowledged its statehood.

For now, the primary benefit of “citizenship” is being able to store data on Asgardia-1 while it’s in orbit. Even so, the satellite nation has terms and conditions and is subject to Austrian copyright law, so it is not free of earthly constraints.

In fact, the creators intend to bring human forms of governance to the new space nation, noting on their website the virtues of democracy and promoting parliamentary elections. They also have a proposed constitution and laws and intend to elect 12 cabinet ministers and a head of state.

Only those who support the constitution will have the right to upload data to the satellite. Asgardia will have taxes, though only businesses will be forced to contribute. Individual taxes will apparently be voluntary. The website explains that “people can decide what amount of tax they would like to pay.”

The country will also have passports, IDs, a national bank, business regulations, and a cryptocurrency called SOLAR.

According to Asgardia’s website, the nation “was created with three top goals in mind: to ensure the peaceful use of space, to protect the Earth from space hazards, and to create a demilitarized and free scientific base of knowledge in space.”

It also seeks to “create a mirror of humanity in space, but without Earthly division into states, religions, and nations,” though it’s unclear how it will be free of states by establishing a state.

The founder, Dr. Igor Ashurbeyli, “is a thinker and visionary who has been contemplating Asgardia as a first space nation as long as he’s been alive,” the website notes. He is a scientist and businessman of Russian-Azerbaijani descent and is currently serving a five-year term as “Head of the Nation.”

For now, the satellite housed in a Cygnus spacecraft is slated to dock at the international space station on Tuesday. In a month, it will climb to a higher altitude and enter an orbit.

People from all countries can apply for citizenship by simply creating a login and accepting the constitution and terms and conditions.