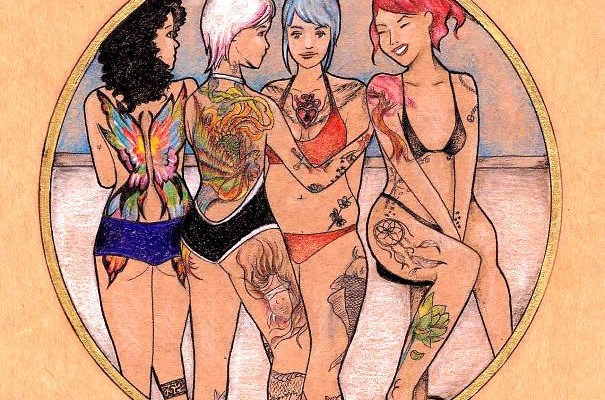 Artistic expression offers us the unique opportunity to make a statement that goes beyond the limitations of verbal communication. While these statements (and, of course, their interpretation) are subjective, they often yield messages potently relevant to today’s social and/or political climate.

Brazilian artist Carol Rossetti’s work does just that. In her series of elegant colour-pencil illustrations titled “Women“, Rossetti uses her artistic voice to raise awareness of the prejudices and stereotypes towards women that are rooted intrinsically throughout cultures all over the world.

As Rossetti explains, the series is part of an ongoing project, launched last May, that came out of a desire to counteract the world’s need to control women’s bodies, behaviours and identities.

“This control is such a deep part of our culture that we hardly ever realize how cruel it is and how it restricts our personal choices,” Rossetti stated on her website.

But Rossetti’s advocacy isn’t just exclusive to women, she explains. The same inequality can be seen in many minority groups.

“I don’t believe it’s enough to discuss exclusively the issues that affect a specific group of women. We also need to talk about racism, homophobia, transphobia, classicism, xenophobia and ableism. The fight for equality and respect is very wide and should be inclusive.”

Rossetti also stresses that her drawings aren’t specifically targeted towards women either. In fact, she openly invites men to identify with her message as well,

“The decision to draw only women was partly motivated by a personal identification. But on the other hand, I find it interesting to awaken in men the chance to identify with female characters. I remember that when I was a kid it was common that the  movies / books / animations starring female characters were seen as “for girls”, while stories with male characters were “for everyone”. The fact that my protagonists are women does not make this project just “for girls“.

For information regarding Rossetti’s project and more, check out her website HERE.