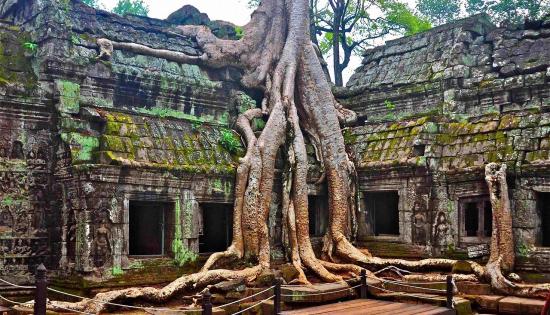 And now, a new paper in Nature suggests that humans have been coming together in large numbers for a lot longer – but not in the now-arid regions of the Middle East.

Instead, say researchers, “archaeological evidence now demonstrates that humans settled tropical forest regions “on previously unimagined scales”, and have actively manipulated these ecologies for “at least 45,000 years” – and perhaps much longer:

In the last ten years, the archaeologically acknowledged human inhabitation of tropical forests has quadrupled in age.

There is now clear evidence for the use of tropical forests by our species in Borneo and Melanesia by c.45 ka, in South Asia by c.36ka, and in South America by c.13ka.

There are suggestions of earlier rainforest occupation c.125ka in Java, c.60ka in the Philippines, c.100ka in China, and in Africa, perhaps from the first appearance of Homo sapiens, c.200ka, though further research is required to verify these cases.

Why has it taken this long for us to notice these much older settlements? Firstly, assumptions about the inhospitability of tropical forests – you might say we couldn’t see the settlements for the trees.

Just three or four decades ago, the researchers point out, the learned opinion of anthropologists was that tropical forests were unattractive environments for human occupation.

Archaeologists backed the anthropologists up, noting that tropical forests were incapable of supporting agricultural populations.

And a key factor, especially in terms of archaeological interest, is the generally poor preservation of organic archaeological remains in tropical forest environments – old stuff doesn’t last in the tropics.

However, “over the last two decades, archaeological data, including canopy-penetrating LiDAR (light detection and ranging) mapping, have revealed previously unimagined scales of human settlement in the Americas and Southeast Asia,” say researchers.

The fact that humans have co-existed with – and manipulated – forest environents for tens of thousands of years offers some lessons, the authors of the paper note.

Firstly, it is problematic for any environmental policy simply aimed at returning areas to their ‘original’ forest conditions.

“If past human populations have in many cases altered tropical forests in ways that have rendered them more useable for human inhabitation,” they point out, “then perhaps restoration is a problematic goal, at least if such practices are aimed at restoring to some ‘original’ condition.”

And furthermore, they say, these new findings suggest that we should study the ways of these ‘primitive’ people, as they seemed to learn very early on how to live in forest regions in large numbers, in a sustainable manner:

“Indigenous and traditional peoples — whose ancestors’ systems of production and knowledge are slowly being decoded by archaeologists — should be seen as part of the solution and not one of the problems of sustainable tropical forest development.”