I Think My Dog Knows He Is God Spelled Backwards 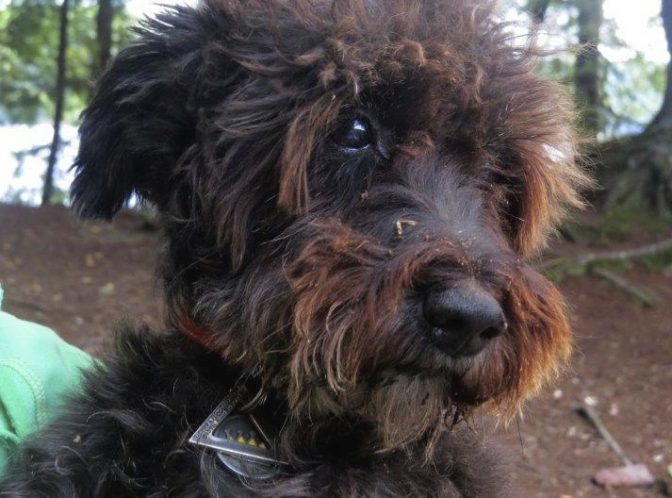 Life is often stranger than fiction. And that is almost always the case when you throw normal out the window to pursue a cosmically aligned path. A way of living whereby the mind takes a back seat and lets the heart do the driving AND the navigating. Think of it as google maps without the maps in which you follow the breadcrumbs one at a time. Over the years I have seen many things on this path that I never would have imagined possible and that are now refreshingly super ordinary and par for the course. Incredible feats of power, miracles, transmutations, impossible odds overcome as well as the downright strange and mystifying. This little story falls into the latter. The cosmos is a funny place with a jokester’s love for a giggle. Let me tell you about the time my dog Rufus snuck an initiation out from under my nose and got himself en-lightened.

I had been working with an energy teacher from a long and honored lineage for some years when one day, I was told that I would receive a final activation and initiation. This transmission of energy was deemed special and the culmination of my work thus far. I was told to trust that it would come in the perfect time and way and to let go of the details of how, when and where. So, eager student that I was, I busied myself with trying to put it out of my mind. My imagination of course was having none that it. It chewed quietly on all the possibilities and eagerly waited with baited breath the fantasized scenarios and juicy visions of glorious light and transcendence.

Years passed and the promised initiation started to fade into the backdrop of new adventures and experiences. I continued to develop my work in other areas and with other teachers. I worked and traveled extensively spending time in Brazil, the Philippines and Peru. Life brought new learning opportunities and I slowly forgot about this coveted right of passage.

Then, late one Sunday night I received a call from my old teacher. Was I in town and could I come over for my initiation that very night? I happened to be in New York City and had just wrapped up a week of work there. I was leaving first thing in the morning and staying just a few blocks from her apartment. Coincidence? I thought not. I leaped at the opportunity and asked if I may bring my dog Rufus along with me. Now, let me explain that Rufus has traveled with me for years and always participated in my work. In fact, I’m sure he’s quite confident that people come to see him and not me. And perhaps he’s right. He walks into sessions like a surgeon about to do a heart transplant and my job, like any good assistant, is to open and close the door for him. Now as much as I love Rufus, I only asked if he could come to the initiation because he was suffering from a stomach bug and I didn’t want to leave him unattended. My teacher readily agreed and we made our way to her home.

I had forgotten how pristine her apartment was. I glanced nervously at the immaculate white shag rug, the cream couch and chairs and knew I did not want to tempt fate with a sick puppy. Rufus has impeccable manners but was clearly green around the gills and hot diggity damn, I did not want to mess this initiation up. I had waited 7 years and the stars had finally aligned. I explained the situation and asked if I might hold him on my lap during the transmission and she agreed that it would be fine. And so we began. Rufus quietly snuggled and I closed my eyes in eager anticipation. Energy transmissions are mysterious and magical exchanges, each one unique. I quieted and centered myself and opened my heart to receive. Then I waited… and waited.. and waited some more. I felt nothing. Suddenly Rufus went limp in my arms. His head lolled down below my waist like a drunk sailor on a night pass in Singapore. He was out cold. I was mystified. My teacher asked me to open my eyes. She peered deeply into them and said nothing. Then she bent down and opened Rufus’s eyelid and stared with laser precision. She looked back up at me and muttered quietly to herself that “this was a first”. She sat back assessing the situation and after a few moments declared that Rufus had received the initiation. I had not. In all her years she had never before gifted a dog with this energy. Not that Rufus appeared appreciative or even responsive. He was out cold. Like a limp soggy rag in my arms, he was way gone, oblivious to the honor. So of course I asked if we could do it again. “No” was the firm answer. Perhaps another time then? My teacher just looked at me with a quiet little smile and said “It was not for you, it was for him. Let it go’. And just like that, 7 years of waiting and longing were over. I gathered my bag and unconscious dog, said my goodbyes and left.

The next day as I drove the 6 hours home I had a lot of time to think.   I had placed such importance on that initiation. I believed that when I received it, it would somehow fulfill me or validate years of study and effort. Through it, I would complete a cycle and maybe even attain some special knowledge or ability. Who was I kidding, I had high hopes. And yet the true gift was in not receiving. I had been so busy assuming I needed this to feel complete that it never entered my mind that it was not necessary anymore.

I took a deep look in and realized that I always had exactly what I needed when I needed it. We never miss out. When the time is right we always receive what we most need (and not always what we want). If we don’t receive it, then we simply don’t need it. The lesson here was to trust that the Divine would bring me what I most needed and to let go of the ideas of how and what that would look like.

This cosmic joke was on me. That initiation was clearly for a dog named Rufus P. Lovejoy. Oh who knows, maybe my role really was as the assistant, to open and close the door, to chauffeur him over there. What do I know? As the first (and probably last) dog to receive such an energy transmission in that lineage of healing work, Rufus remained zonked out for a whole day afterwards. Completely gone to this world, he snored loudly with all four legs in the air as we drove down the highway. I wondered what was going on for him.

For 11 years now, Rufus has participated in every group and healing event. He always has a knack for sitting next to those most in need and often places his paw on their arm or hand as if to reassure them. More than once people have called to make sure that I would be traveling with him and not coming alone. (Yes, I realize I am the handbag in this relationship) When my talks get too long-winded, he always interrupts with heavy breathing and obnoxious snoring though people have pointed out that he never makes a peep during the singing and energy work. I sometimes wonder just what went down during that initiation. Far be it for me to presume. I clearly haven’t a clue and that’s ok by me. Things have a way of coming full circle all on their own. Trust has slowly giving way to knowingness, a deeper awareness that our needs are always met in the right time and way. Nothing is ever what it seems on this magical journey of life.