In the End, Love will be Victorious 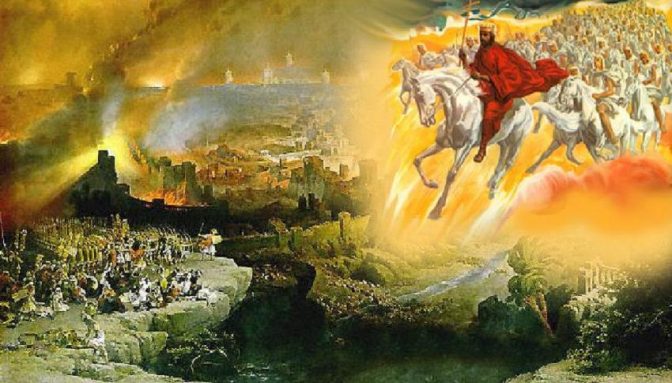 It still amazes me the amount of folks around the world that are going about their daily lives with absolutely no knowledge whatsoever of this conflict that’s been raging for decades. As an awakened individual trying to educate those around me about this battle it can be somewhat frustrating when people would rather talk Hollywood gossip, Dems vs Repubs, or other completely irrelevant topics that are of no real importance in comparison. In fact it can sometimes be quite a bore having to discuss these other topics each day.

So who is in this World War you ask? On the good side we have those awakened and brave souls of light who are at war with the Cabal consisting of the controlled Media, Big Pharma, Big Banks, Oil and Energy companies, the largest Multi-National Corporations around the world and the list goes on.

On the side of the Light there will be no conventional weapons. The only weapon of choice is Love and to expose the truth and injustice of our counterparts. It’s really very simple. When the whole world knows the truth it’s game over.

We have to remember some of the good forces are going right after the dark forces and have risked their lives and the lives of others to fight the good fight. For example many lives have been lost by scientists who have tried to free humanity from the oil tycoons with the creation of free energy devices. If you do not know how dangerous this is perhaps you should. Almost every one of the most powerful Multi-national corporations around the world is invested in oil. So the wealthiest individuals in the world will go to extreme measures to protect their investments. Now you are trying to create a device that will literally bankrupt their oil investments overnight. You’ve seen movies on what the mafia does to people who mess with their family. Now imagine a mafia clan a billion times wealthier and more powerful than these crooks in the movies. That’s why so many lives have been lost.

Hope Moore and her family have put themselves out there and just may have found a way to beat the Cabal. The bravery and courage of this family is simply unmeasurable. Before even showing a video of a working QEG they produced written instructions of how to build the device and sent it out which went viral. Over 20,000 downloads in the first day and has since gone viral. The device was given away for free with no patents filed and protected under the freedom of speech rights in the United States. Now how can you kill off the tens of thousands of people that have these instructions on building a device that will bankrupt the oil industry overnight? You can’t. This was a huge victory and we may have won this battle but the war still rages on.

We also have the very brave whistle blowers fighting for truth like Karen Hudes, Edward Snowden, Julian Assange, and Bradley Manning. These brave individuals sacrificed their lives and their freedoms to expose the truth and injustice around the world. As I see it we may now witness a new trend in whistle blowing as I anticipate seeing many other brave souls step forward to expose the darkness and shine the light.

Then we have what many of us light warriors read about each day fighting in the trenches for the benefit of humanity. Some of them are the writers getting the truth out there such as Steve Beckow, David Wilcock, Benjamin Fulford, Kauilapele and many more. Others we read about most of us have no way of confirming the truth of what’s reported. Some examples are the White Hats or the White Knights, the White Dragon Society, Cobra and the Resistance Movement, Neil Keenan, ZAP from the office of POOF, and Sheldan Nidle’s Galactic Federation and Ascended Masters. In these scenarios it’s always about what going on “behind the scenes”. But I can assure you there are most definitely light workers that have been doing a tremendous amount of work for humanity that cannot expose their acts for their own safety and the safety of their families and others.

We also have those that are building a new paradigm like the New Earth Nation and Fix the World and even Michael Tellinger who is running for President of South Africa to help this nation kick out the greedy Western Bankers and set up a new system of banking that is for the people. In this scenario we can simply stop playing the game and step out of the matrix to build a new world. An excellent strategy for defeating the powers in control.

So you see this is clearly an epic battle of good versus evil. Maybe even what is described in the Book of Revelation of the Bible as “Armageddon”.   The Cabal representing Satan and his minions of power, greed, lust and the other deadly sins. Then we have the warriors of truth, peace, love, and compassion for all of humanity working to free society from the clutches of evil by revealing the truth of what these men and women have been doing to keep us in this slavery matrix.

So this war will continue and the way I see it, we will be victorious. We will then look back on the true warriors and pioneers of our time. The ones that stood all alone in the face of adversity. The ones that were called “crazy” and were laughed at as no more than “silly conspiracy theorists”. The ones who were brave enough to stand up against the most powerful and dangerous organizations in the world. If you are reading this pat yourself on the back because you are a beautiful awakened heart that has been brought here specifically for this epic battle. And according to endless prophecies from around the globe we shall expect to see a new earth born and a shift in the consciousness of humanity. The end of duality and suffering and the beginning of Oneness and joy. A world where competition will be replaced with collaboration. A heaven on earth and paradise in a society filled with abundance and true freedom and sovereignty.

I will continue doing my part as a writer of this awareness blog and continue to expose the truth about the Cabal. I will continue to work as a member of the New Earth Nation and continue to help build this new paradise as we slay the dragon. Each of were brought here to play a part and find our role. And as I see it everything is in Divine perfection as this battle rages. And as Cobra always says “Victory of the Light is near”.