This Simple & Affordable Technology Is Going To Make History: Meet The LifeStraw 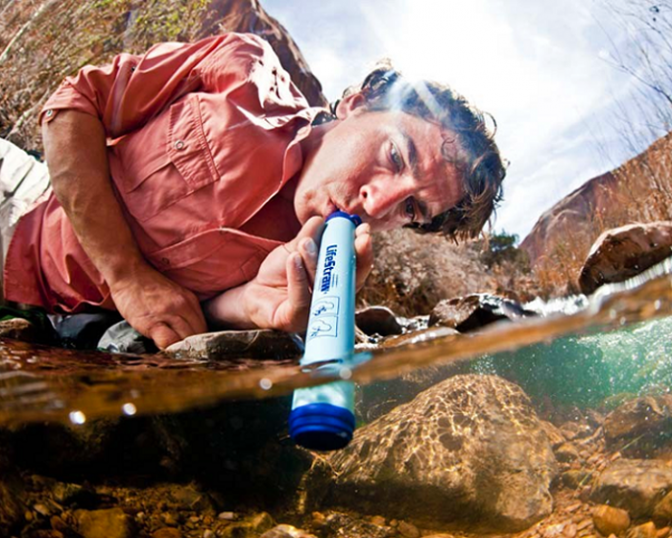 The LifeStraw is saving lives with its simple yet powerful water filtration method.

Over one sixth of the world’s population is without clean water – that’s around one billion people suffering from malnutrition at this very moment. Water.org states that 3.4 million people die each year from water, sanitation, and hygiene-related issues, and about 6000 children die every day for the same reason, hence this issue can be considered one of, if not the, greatest current global crises. Safe water interventions are thus the most urgent international dialogues as these technologies have the ability to transform the lives of millions, especially in developing countries.

Enter the LifeStraw, a powerful yet compact and simple water filtration system which may be the solution to world’s water emergency. Its body is tubular in shape, extending 25cm long and 29mm in diameter. How it works is simple: place one end of the tube into water and suck from the other end, that’s it. Positive test results have been achieved on tap, turbid and saline water against common waterborne bacteria such as Salmonella, Shigella, Enterococcus and Staphylococci.

This LifeStraw was designed with special emphasize on avoiding any moving parts, as a sealed unit with no replaceable spare parts, and avoiding the use of electricity, which does not exist in many areas in the 3rd world. Because force (power) is required to implement the filtering, Vestergaard Frandsen chose to use the natural source of sucking, that even babies are able to perform.

What first meets the water when sucked up is a pre-filter of PE filter textile with a mesh opening of 100 microns, shortly followed by a second textile filter in polyester with a mesh opening of 15 microns. In this way all big particles are filtered out, even clusters of bacteria are removed. The first iteration of LifeStraw used iodine to kill bacteria, but the 2012 version contains no chemicals. Instead, the product incorporates mechanical filtration. When you suck on your LifeStraw, water is forced through hollow fibers, which contain pores less than 0.2 microns across — thus, a micro-filtration device. Any dirt, bacteria or parasites are trapped in the fibers, while the clean water passes through. When you’re done drinking, you simply blow air out of the straw to clear the filter.

The LifeStraw website states that each straw has a life-time of 1000 liters, that’s over one year worth of water consumption for one person. With all this in mind, one would think this system rings in heavy on the wallet. However, Vestergaard Frandsen made the cost of this technology its main feature, placing the LifeStraw at a price of only $20 USD. His main goal was for it to be affordable and accessible to people in developing countries.

The original idea was created ten years ago by Torben Vestergaard Frandsen, but over the years in partnership with The Carter Center, Rob Fleuren from Holland and Moshe Frommer from Israel, the Lifestraw emerged from work designed to make water filters capable of safeguarding against Guinea Worm. LifeStraw can also keep away bacteria and diseases like diphtheria, cholera and diarrhoea.

This technology is winning awards for a reason. Through people’s donations the LifeStraw has the ability to make history. Please visit their website for more information and join the movement that’s saving lives all around the globe!