This Strange Creature Has the Most Foreign DNA of Any Species 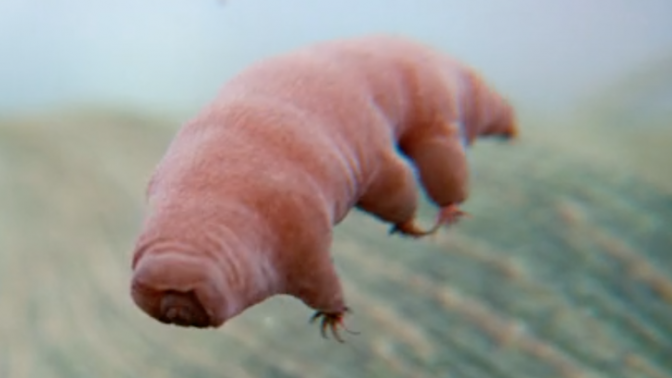 The only animal known to survive the extreme environment of outer space without the help of special equipment turns out to have the most foreign DNA of any species.

Water bears, also known as tardigrades, have genomes that are nearly one-sixth foreign, meaning that the DNA comes from creatures other than the animal itself, new research finds.

The discovery, published in the Proceeding of the National Academy of Sciences, adds to the evidence that tiny water bears are incredibly unique and seemingly indestructible animals. In 2007, some were even rocketed into space on the outside of a satellite.

When the satellite returned, many of the water bears were still alive. What’s more, some of the females had laid eggs in space, with the young hatching healthily, as though nothing had happened.

“We had no idea that an animal genome could be composed of so much foreign DNA,” co-author Bob Goldstein of the University of North Carolina at Chapel Hill said in a press release. “We knew many animals acquire foreign genes, but we had no idea that it happens to this degree.”

This means that 17.5 percent of the water bear’s genome comes from these other sources.

The DNA is acquired via a process called horizontal gene transfer. Instead of just inheriting DNA, it is swapped between species.

Boothby said, “Animals that can survive extreme stresses may be particularly prone to acquiring foreign genes — and bacterial genes might be better able to withstand stresses than animal ones.”

Water bears have astounded scientists for years with their heartiness. For example, you can stick them in a freezer for a year. Within 20 minutes, the animal thaws out and starts to scurry around as normal.

The researchers suspect that when water bears are under conditions of extreme stress, such as desiccation, their DNA will break into small pieces. When the cell rehydrates, the cell’s membrane and nucleus (where the DNA resides) become temporarily “leaky,” such that DNA and other large molecules can pass through easily.

Could Alien Life Spread ‘Like a Virus’ to the Stars

During this process, the water bears not only repair their own damaged DNA, but also stitch in the foreign DNA, creating a mosaic of genes that come from different species.

The prior record holder for most foreign DNA was another microscopic animal called the rotifer. It is now known that rotifers just have about half as much foreign DNA as water bears, though.

The human genome also has such foreign DNA. It’s been estimated that about 8 percent of our DNA comes from retroviruses. HIV is a type of retrovirus. That refers to a virus whose RNA codes for DNA, which is then inserted into some part of the host’s DNA.

“We think of the tree of life, with genetic material passing vertically from mom and dad, but with horizontal gene transfer becoming more widely accepted and more well known, at least in certain organisms, it is beginning to change the way we think about evolution and inheritance of genetic material and the stability of genomes,” Boothby said.

“So instead of thinking of the tree of life, we can think about the web of life and genetic material crossing from branch to branch. So it’s exciting. We are beginning to adjust our understanding of how evolution works.”