Why It’s Time To Start Preparing For The “Emergent Era” 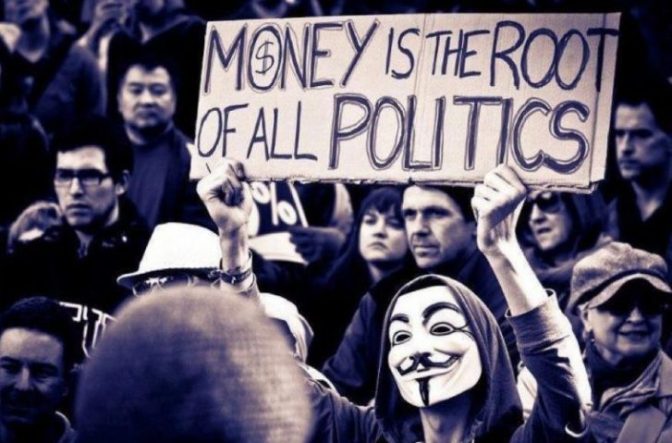 We cannot deny that as each year goes by, our information is moving faster, and thereby making us move faster. Humanity is, now, more than ever, based online. In fact, 2.3 billion more people in 2016 alone have come online. This reality is changing our collective behaviour, reinventing human needs, politics, geography, and culture.

Brexit and the election of Donald Trump are undoubtedly stirring up this conversation of global change. They marked some of the most controversial, confusing, and upsetting events in recent history. But there’s a point to them: they are making us question how our widely accepted view of reality has fallen so far behind the horizon and rate of change. And ultimately, how can our systems keep up with this pace?

“Emergence explains complex phenomena in diverse fields like thermodynamics, biology, and digital technology. It’s been used to explain how cities evolve, and what makes some institutions succeed in the long term while others fail. It is an underlying principle behind the complex collective behaviour of natural systems, and it is part of why computers can achieve such useful complexity, even though they are built on a foundation of just a few simple processes,” notes Beth Comstock in her Medium article “Welcome to The Emergent Era.”

The Emergent Era is no longer a possibility, but our reality. Emergence has become one of the main forces in redefining our institutions and essential systems. Not sure where it all began? That’s one of emergent change’s biggest characteristics. The idea of it seems impossible, until it hits you in the face and is proven inevitable.

People around the world have called 2016 one of the worst years yet. They see things like Brexit and Trump’s election as disastrous. At the same time we have seen terror attacks, police shootings, issues in Syria, and so much more, people won’t stop talking about the demise this year exposed for quite some time. But there’s an undeniable beauty in the breakdown, and that’s the need, no, the reality of change. Things must shift!

Our implemented institutions are failing us —legally, economically, environmentally, etc. — because they are outdated. We have outgrown them. And so, we are now in that unsettling period between what was, and what is about to be. So what do we do?

“It’s as if ants were given a new set of rules by which to respond to their immediate environment, or brain cells a new set of commands to relay signals. In any system with the potential for emergence, a small change in what economist Thomas Schelling calls micromotives can lead to radically different macrostructures. And in The Emergent Era, with its profusion of new, ambient information streams, human micromotives are changing all the time,” says Comstock in another article for Quartz.

Perhaps coping comes with appreciating and taking advantage of this beautiful breakdown. In Chimamanda Ngozi Adichie’s New Yorker piece “Now Is the Time to Talk About What We Are Actually Talking About,” she says:

“Now is the time to remember that, in a wave of dark populism sweeping the West, there are alternative forms. Bernie Sanders’s message did not scapegoat the vulnerable. Obama rode a populist wave before his first election, one marked by a remarkable inclusiveness. Now is the time to counter lies with facts, repeatedly and unflaggingly, while also proclaiming the greater truths: of our equal humanity, of decency, of compassion. Every precious ideal must be reiterated, every obvious argument made, because an ugly idea left unchallenged begins to turn the colour of normal. It does not have to be like this.”

Adichie inadvertently gave us the tools for comprehending this limbo we are in. We have to question. We cannot be complacent. We cannot live in fear. We cannot accept bigotry. We cannot let leaders who do not represent the future take away the pace of progression. We need to take hold of this unseemly disorder and use it to find a new order, a new pattern, a new way of making decisions, of finding a structure that is suitable to continuous changes.

Bernie Sanders became a household name because he urged for a “political revolution.” People flocked to this idea, but people were also scared of this idea. The Emergent Era makes it very clear that there is no room for fear, but there is also no time for wearing pants that no longer fit.

“This presents a unique challenge to those who have to shepherd organizations through this period of change. All the rules and subsequent benefits that have come with command-and-control style bureaucracies no longer apply. The word bureaucracy itself is an artifact of old information technology. A bureau is a writing desk, a physical enclosure for information, fixed in one place, around which power and people tend to accumulate like fat around a cell,” notes Comstock.

We now have a choice. We can continue to evolve, or we can dig our heels in the sand and stop the process. But how can we ignore following through with a choice that leads to the potential to set us free from menial work and poverty?
We have to grow, we have to take steps forward, we have to be creative, open-minded, accepting of how our digital systems are shaping new territory. We have to evolve our consciousness! Though the Emergent Era has the potential to instill fear, it also has the potential to charge us onward and upward, and out of this incredibly confusing disharmony we are experiencing.