Tired, Bloated, & Emotional? How Balancing Your Hormones Can Transform Your Mind & Body 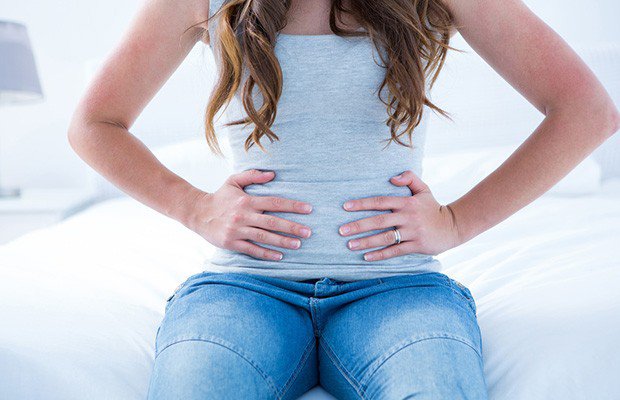 Our hormones are the unseen mechanisms which rule our lives. Whether we are tired, bloated, emotional, stressed, sick, or restless, unbalanced hormones can be found at the root of many of today’s common ailments.

These chemical messengers play a crucial role in the regulation of both our physiological and psychological well-being, and when they are out of whack, as they are in a large percentage of the Western population, our body responds in a multitude of ways.

The good news is that we don’t have to be a victim to our hormones. There are a number of ways we can rebalance our hormone cycles through proper nutrition and lifestyle changes, but first it is important to understand what hormones are and how our food and environment have changed the way these hormones are regulated within the body.

There are currently over 80 identified human hormones, each with their own specific role. Each hormone acts on a target cell, and has the ability to change the function of the cell for different periods of time. For example, the hormone adrenaline can increase your heart rate for a few minutes, while the hormone testosterone can cause physical changes to the male body when released over a long period of time.

Since hormones exert their influence in small concentrations, even small amounts of hormone-disrupting chemicals like BPA can cause major damage to the body.

Dr. Mercola does a good job of summing up the classification of hormones in our body:

There are four categories of hormones based on their function: Steroids, peptides, amines, and eicosanoids. Each of these hormone types are released by the following triggers:

Hormones can be endocrine and exocrine, depending on how they’re released:

Exocrine: Hormones released into a duct or lumen, such as from your salivary glands or the gastric glands in your stomach

Hormone research has made some big leaps within the last few decades. Scientists are now discovering that most body tissues actually release hormones, such as the ‘hunger hormone’ ghrelin, which is released by the stomach to stimulate appetite. Even our fat cells release a hormone called leptin, which plays a major role in weight gain and the development of chronic disease.

Hormonal imbalances are a major cause for weight gain among men and women.

Known as the “satiety” hormone, leptin is a hormone secreted by our fat cells that tells us when to eat and when to stop eating in order to regulate energy expenditure.

When you lose fat cells, leptin is released into the blood signalling that you are hungry. Conversely, when you begin to gain more fat, plasma leptin levels fall, signalling satiety, or fullness, until fat cells are lost.

The issue with most people’s health is that they’ve damaged the feedback loop between the brain and their fat cells, causing leptin receptors to lose sensitivity. This is called leptin resistance, wherein the brain is ‘starved’ while the body continues to get fat. Both leptin and insulin (the hormone responsible for blood sugar regulation) resistance are related to the development of degenerative diseases such as obesity and type II diabetes.

The best way to combat leptin and insulin resistance is through a clean, whole-food diet, which avoids high blood sugar spikes associated with eating processed foods. We’ll discuss more ways to prevent this later in the article.

Endocrine disrupting chemicals such as BPA are known to mimic hormone structures at cell receptor sites, causing an array of health issues as a result.

In his article “Fantastical World of Hormones,” Dr. Mercola discusses how hormone disruption can be triggered by many factors, including:

The EDCs in particular are important to avoid, as they can be found in a number of common household products such as plastics. These chemicals mimic hormones at cellular receptor sites, which causes over-production of certain hormones or blocks proper hormone production. This leads to issues like decreased fertility, impaired immune response, and neurological changes that reduce your capacity for handling stress.

Dr. Mercola even connects hormonal imbalances and the widespread lack of vitamin D with the growing rate of early onset puberty and cancer. You can read more about that here.

Research from 2013 found that cognitive decline may even be related to deficiency of the hormone estrogen, as estrogen is known to restore synaptic health.

Luckily, there are various ways to rebalance our hormones with the right food and lifestyle changes.

Dr. Theirry Hertoghe is a doctor who specializes in the link between diet and hormones. In the video above, his recommendations for restoring optimal hormone function are as follows:

Eating more of these recommended foods combined with a regular fitness routine is a fantastic start to restoring your hormonal health.

For information, watch the documentary The Fantastical World of Hormones, linked below.