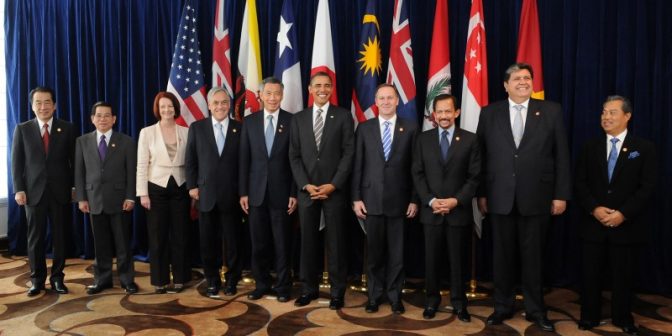 New Zealand has put the text of the Trans-Pacific Partnership (TPP) online, offering the first detailed look at the world’s largest free trade deal, the most ambitious effort in years to remove barriers to commerce.

The New Zealand government, which signed on to the deal, put the contents of the agreement on its website on Thursday, saying it would continue to undergo legal review.

Many activists have criticised the fact that the 12-state agreement was surrounded by secrecy, while critics also noted that signatory governments were forced to approve the unmodifiable deal in an all or nothing vote.

The accord must be signed and ratified by the respective countries and many may experience difficulties, not least in the US as it tries to convince a skeptical Congress.

Lawmakers in the US have questioned whether it will help US exports and create jobs or just expose more American workers to low-wage competition, giving multinational corporations excessive power.

Under a trade law passed earlier this year, Barack Obama must give the public time to review the text before he signs the agreement and turns it over to Congress for approval. Lawmakers cannot nitpick the deal with amendments. They must simply vote yes or no. Congress is likely to take up the issue next year in the heat of the presidential election campaign.

Obama faces fierce resistance to the deal from within his own Democratic party. Hillary Clinton, who is running for the Democratic presidential nomination, has said she is against it. Her opposition may make it harder for Obama to round up votes.

The White House says the deal eliminates more than 18,000 taxes that countries impose on US exports. The agreement also calls for labor protections such as ensuring that workers in member countries have the right to form unions.

Those opposed to the deal contend it will force American workers to compete even more directly than they do now with workers in low-wage countries such as Vietnam.

They also complain that the agreement goes beyond traditional trade issues such as tariffs and import quotas and includes giveaways to powerful business lobbies.

The input from big businesses, such as pharmaceutical companies, recording studios, agribusinesses and other multinationals is evident in the myriad details laid out in the document. But negotiators reflected an awareness of those concerns with meticulous references to the rights of each country to protect its own sovereign powers and best interests.

In response to US pressure, TPP countries agreed to give drug companies about eight years of protection from cheaper competitors for biologics, which are ultra-expensive medicines produced in living cells. The industry had sought 12 years protection.

The agreement stresses that its provisions on patents for medicines “do not and should not prevent a Party [country] from taking measures to protect public health”.

The agreement says it “should be interpreted and implemented in a manner supportive of each Party’s right to protect public health and, in particular, to promote access to medicines for all”.

While the deal allows multinational companies to challenge laws and regulations in private tribunals on the grounds they amount to unfair barriers to trade, it also includes safeguards against abusive claims and guarantees governments the right to enforce health, labor, safety and environmental regulations in the public interest.

Countering worries that companies might be able to overturn local anti-smoking laws, countries can specifically ban tobacco companies from using the tribunals to challenge health regulations — likely to the consternation of US lawmakers from tobacco-producing states.

Australia’s trade and investment minister welcomed the publication of the complete text of the deal, adding that TPP members had agreed to release details as soon as possible.

“Today’s release honours that commitment and provides the Australian public with an opportunity to examine the text and more fully understand any areas of the negotiation that are of interest to them,” Andrew Robb said.

Under the deal, most tariffs would be eliminated or reduced on everything from beef, dairy products, wine, sugar, rice, horticulture and seafood through to manufactured products, resources and energy.

The TPP also establishes mechanisms to handle disputes between foreign investors and governments. Proponents say such measures protect investors who fear local laws such as health and safety regulations could violate a trade deal and threaten their investments.

But opponents say it allows commercial interests to force governments to change laws at the behest of private interests.

Delegates from the dozen Pacific Rim states finally managed to hammer out an agreement in the US last month – five years after the Washington-led talks began.

Spanning about two-fifths of the global economy, the deal aims to set the rules for 21st-century trade and investment and press non-member China to shape its behaviour in commerce, investment and business regulation to TPP standards.

Those involved are Australia, Brunei, Canada, Chile, Japan, Malaysia, Mexico, New Zealand, Peru, Singapore, the US and Vietnam. The US and Japan are the two biggest economies involved but long appeared unable to find common ground on key issues, including auto sector access and Japan’s huge agricultural tariffs.

If all 12 countries have not ratified the agreement within two years, provisions allow for it to take effect if six countries comprising 85% of the GDP of the bloc have signed. That means US ratification as the world’s biggest economy is essential.

Agence France-Presse and the Associated Press contributed to this report