Two Circus Elephants Reunite in a Sanctuary After 20 Years 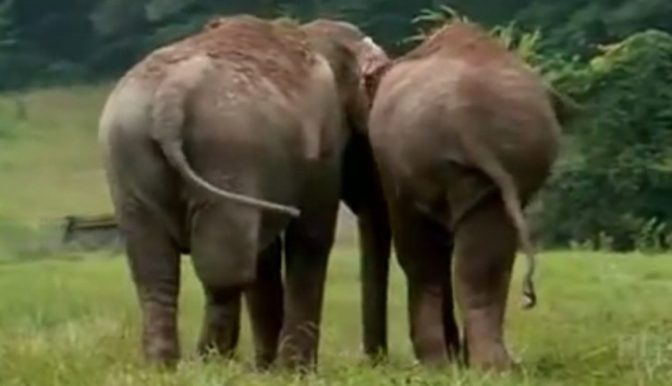 The video at the bottom of the article features an emotionally powerful reunion of two circus elephants that reconnected in a sanctuary 20 years after the last time they saw one another.

The two elephants were originally brought together as indentured circus performers, where they had been forced to live with permanent ankle chains, as well as endure abuse by being nailed with hooked canes by their circus handlers. Luckily Shirley, and Jenny (the elephants) were rescued from the abusive environment of the circus, to be brought to a sanctuary where they could live the rest of their days in happiness and freedom.

When you see the reunion of these two you can’t help but realize how deep the emotional bond between them is. They say an elephant never forgets, and such is the case with Shirley and Jenny.