The ‘Uber Of Recycling’ Is Igniting A Green Revolution In Chile 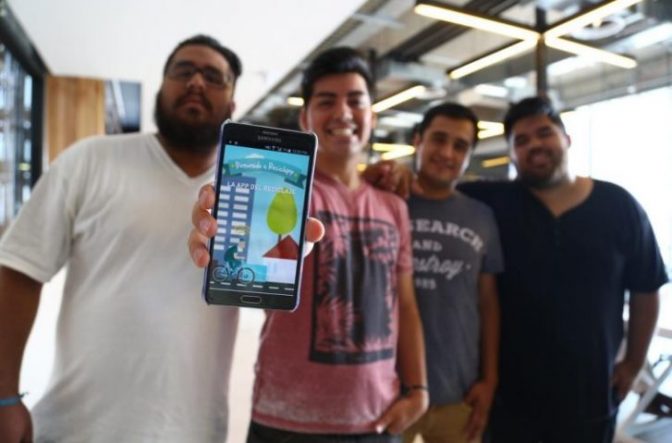 For me, recycling is as easy as separating my recyclables from my trash and carrying then to the trash bin in my alley marked with the green emblem. But it’s not that simple for everyone, and so glass, plastic, paper, and more are tossed on the streets or buried in dumpsters.

Most of us encounter trashed recyclables every day and keep walking, but some people see such waste and do something about it. Engineering student Cristián Lara and his friends noticed one such person back in 2015, witnessing, after finishing a soccer game in Santiago, an older male sifting through a dumpster in search for recyclables, then loading them onto his bike. Lara found out the man had been doing this for 10 years, and yet was still living in poverty.

The encounter turned on a lightbulb in Lara’s head: What if there were a way to directly link up the recyclables collector with the overwhelming amount of waste streams in Chile, along with companies that pay well for the recyclables? Knowing something needed to be done, Lara pioneered the recycling app startup ReciclApp, which was launched last August. “It’s the Uber of recycling,” he said.

The app, which can be downloaded for free, allows individuals, businesses, and institutions to declare cans, boxes, or bottles they want to get rid of using specific numbers in the app and choose a date and time period for pickup. The company then uses that data to formulate routes for collectors. Currently, an average of 200 collectors work with ReciclApp across Chile, and about 1,000 people use the app in the country.

The collectors get to keep all the money they make, while Lara’s team cuts out the middleman transporters whose job it is to take the material to large recycling companies.

The idea is incredibly beneficial considering Chile is the wealthiest country in Latin America per capita, and so its residents buy a lot of things, and create a whole lot of trash. But despite all the “stuff,” the country doesn’t have municipal curbside recycling programs. In fact, according to official figures, Chile  produces about 17 million tonnes of garbage per year, and yet less than 10% of that gets recycled.

ReciclApp receives an average of $1,200 USD per month from local governments, mostly because the service reduces their garbage collection expenses. Lara notes the money doesn’t matter, however.

“For me, it’s the social mission of supporting the waste collectors,” he said.

The program has been incredibly well-received, with trash collectors even being seen as workers. “Families value us as workers now, not as the lady who asks for donations and picks through the garbage,” explained Marcela Puchi Fuentes, who has been collecting recyclables for 15 years in Peñalolén, which is one of Santiago’s lower-income suburbs . “We spent too many years hidden in the shadows. I feel different now. I’m not embarrassed of my work the way I used to be.”

ReciclApp even intends to start hiring waste collectors. They’ll get a set wage and schedule, and can earn extra income based on the amount they collect and how many homes or businesses they visit.

“What we want to instill in people is that we should recycle because it’s our duty, because we have to save the world,” Lara concluded.