Understanding the Science of Ayahuasca 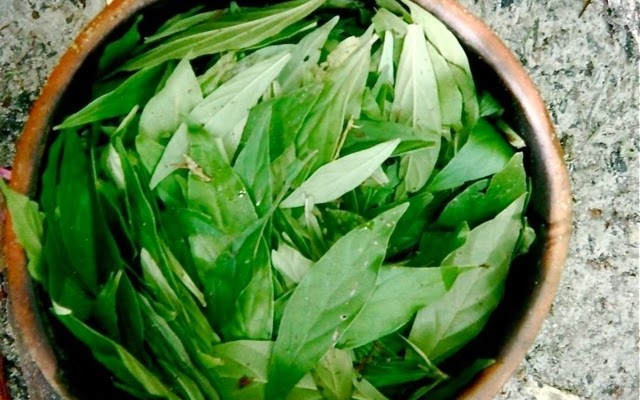 In recent years, the hallucinogenic drug ayahuasca has become increasingly popular in the United States, so much so that it’s become a trendy thing. But centuries ago, shamans in the Amazon rainforest began using the medicinal brew as a means for guiding people through visual and auditory hallucinations.

Ayahuasca refers both to the Amazonian healing ceremony as well as the sacred beverage that is drank during it. The brew is touted both for its ability to provide mental clarity as well as expel liquids and solids from the body, allowing for detoxification.

Shamans in the Amazon rainforest have found the medicine to heal the body, mind, and spirit, prescribing a ceremony to treat people of numerous ailments. Steeped in intriguing history, it’s also part of a current boom of Westerners looking to try out its psychedelic properties as a means for ridding themselves of the burden of limiting beliefs, freeing themselves of the past, and resolving negative energy stored from troubled times in their lives.

Early research even suggests that the drug may actually help treat depression and anxiety, of which, in the United States, for instance, millions of people suffer from. People have even turned to it as an alternative for treating chronic illnesses such as MS, diabetes, Parkinson’s, and cancer.

And as many personal healing stories continue to come to the forefront, it’s becoming a bigger and bigger topic. But exactly how does this jungle brew serve as medicine? It comes down to the mixture of powerful natural compounds.

Ayahuasca is commonly mistaken for a single plant, but it’s actually the combination of two plants: the leaves of the Chacruna, also known as Psychotria viridis, and the vines of Banisteriopsis caapi. The Chacruna contains a substance called Dimethyltryptamine (DMT), which is a chemical that is very similar in structure to serotonin, as well as the compound found in magic mushrooms.

Humans have small amounts of DMT in their bodies naturally, while it also exists in the majority of green leafy vegetables. Taken by itself, it does not serve as a psychedelic since the Monoamino oxidase (MAO) enzymes in our gut naturally break down the DMT before it has the chance to get into our bloodstream.

The ayahuasca plant has beta-carboline alkaloids including harmine, harmaline, and tetrahydroharmine that work to block the MAO enzymes from following through with their work, which in turn allows the DMT to remain active. When this happens, the chemical crosses the blood-brain barrier once ingested, and then it is just a matter of time before the DMT makes its way to the receptors in the brain, triggering the offset of neurons. The drink typically begins to take effect within a half an hour of consumption, and wears off around six hours.

Perhaps the most intriguing aspect of the hallucinations that follow is that, unlike the trips that occur from LSD and magic mushrooms, an ayahuasca trip allows people to be much more aware that they’re actually hallucinating. Also, rather than hearing voices, they merely hear exasperations of the sounds happening around them. This is why shamans are likely to play music during an ayahuasca ceremony.

When the effects of ayahuasca begin, many areas of the brain are set off, like the amygdala, where early emotional memories are stored, including traumatic ones. The neo-cortex is also activated, responsible for our view on and capability of reasoning and executing decisions. The insular cortex, known for its role in awareness and consciousness, is also triggered. With all of this, and the combination of being hyper-aware, it is thought that you experience everything through a new lens, without the concern of traumatization occurring, plus a deeper and more open-minded capacity for mindfulness and empathy.

When the experience is through, people often report that they did more than simply get high, and that they did deep work sorting out past issues and feelings, and finding a newfound inner peace.

While there is still much to understand about the drug, it is thought that a quiet part of the brain called the default mode network, when overactive, is linked to depression, anxiety, and social phobia.

But science aside, indigenous cultures have long understood this brew beyond its chemistry. Shamans urge for the ceremony to take place in proper surroundings, like nature, under the care of an Ayahuascero or Curandero.