Universe May Hold 10 Times More Galaxies Than Researchers Once Thought 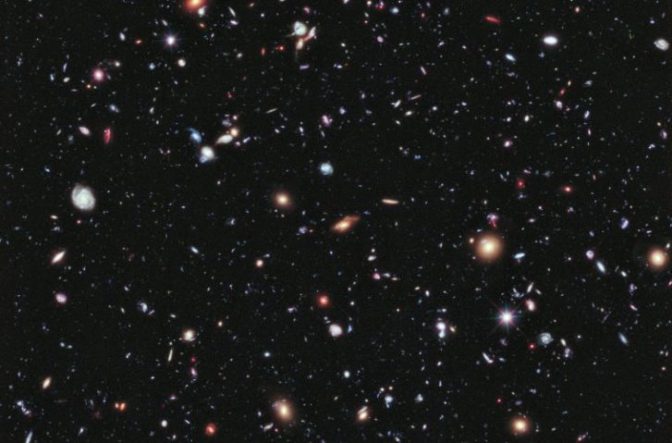 Since the mid-1990s, we have been told by NASA that our beloved Universe contains an estimated 120 billion galaxies. This information was largely based on a study known as the Hubble Deep Field, in which researchers positioned the Hubble Space Telescope to view a small region of space for 10 days in order to reveal inconspicuous objects through long exposure times.

There weren’t, however, enough galaxies in the Hubble Deep Field image to take into consideration the density of matter dispersed throughout the Universe. “We always knew there were going to be more galaxies than that,” explained astrophysicist Christopher Conselice of the University of Nottingham, UK. “But we didn’t know how many existed because we couldn’t image them.”

That number has finally changed. however, with NASA announcing last week that it is actually about 10 times bigger. This means 2 trillion galaxies have now been “discovered.”

After the observatory was upgraded in 2009, researchers used Hubble and other telescopes to conduct deep-field studies that enabled Conselice and collaborators to pinpoint more visible galaxies out to distances of 13 billion light years. They could then plot the number of galaxies of a given mass that coincided with numerous distances away from Earth and hypothesize from these estimates to find galaxies too small or faint for telescopes to pick up. They ultimately concluded through this method that the observable Universe should have 2 trillion galaxies.

According to astronomer Steven Finkelstein at the University of Texas at Austin, the researchers’ count wasn’t all that shocking, since theorists had anticipated the number to actually be much higher. But he admits the importance of putting a number on it regardless. “I don’t know of anyone who has done this before,” he said.

The study will be published in the Astrophysical Journal. Conselice, who led the research, said, “It boggles the mind that over 90 percent of the galaxies in the universe have yet to be studied. Who knows what interesting properties we will find when we discover these galaxies with future generations of telescopes?”

Researchers are only able to observe about 10% of the trillion galaxies, but the current study may help further their understanding of galaxies by improving galaxy formation simulations. And in two years, the James Webb Space Telescope — which should be able to look even further back in time and reveal how galaxies formed in the first place — takes over the Hubble.

According to Debra Elmegreen, an astronomer at Vassar College in Poughkeepsie, New York, the prevailing theory is that galaxies “start very small, and then undergo a furious period of mergers and acquisitions.”

The idea that there are so many galaxies out there begs the question: Does life exist elsewhere? More researchers are finding this to be absolutely true. For instance, Adam Frank, a professor of Physics and Astronomy at the University of Rochester in New York, led a study this year in which he discovered that the chances of civilized life existing, or even life that once existed, is about one in 10 billion trillion. This number may seem high, but Frank explains why it’s really not:

One in 10 billion trillion is incredibly small. To me, this implies that other intelligent, technology producing species very likely have evolved before us. Think of it this way. Before our result you’d be considered a pessimist if you imagined the probability of evolving a civilization on a habitable planet were, say, one in a trillion. But even that guess, one chance in a trillion, implies that what has happened here on Earth with humanity has in fact happened about a 10 billion other times over cosmic history!

Here’s to daydreaming about what life looks like far off and away from our own!