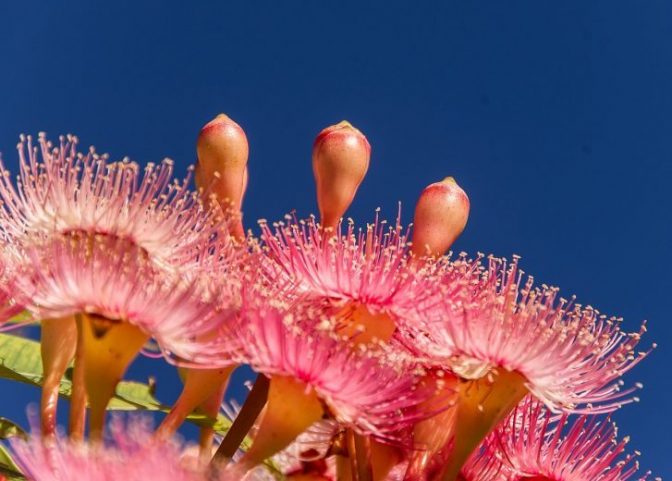 (NaturalHealth365) A eucalyptus tree genetically engineered to withstand freezing temperatures may be poised for United States Department of Agriculture (USDA) approval, opening the door to over a million acres of eucalyptus “plantations” throughout the southeastern United States.

Although the GE tree is being billed by its developer, ArborGen, as a “green, sustainable” way to solve the world’s demands for paper and pulp, environmentalists warn that its commercialization will bring devastation to native forests and harm to local residents.

Thankfully, the public is paying heed, protesting the creation of these genetically engineered trees with an avalanche of written comments. But, is it too late to stop the advent of this “Frankentree?”

Over 250,000 people testify to the growing upset over genetically engineered trees

The USDA proposed approval for these genetically engineered trees last April, and released a draft Environmental Impact Statement for public comment. (Although ArborGen already had permission to field-test the trees across the United States, the company was seeking approval for expansion of its GE eucalyptus plantations for commercial use).

By the comment period’s end on July 5, over 250,000 people and 500 organizations had submitted a deluge of responses protesting the tree’s deregulation and commercialization.

This response echoed the events of February, 2013, during which the government released ArborGen’s first petition for public comment — and the responses ran 10,000 to one opposing the trees. In addition, protestors against genetically engineered trees made an appearance at the Tree Biotechnology Conference in Asheville, NC.

Among other claims, ArborGen lauds its “Freeze Tolerant Eucalyptus” as a possible source of renewable alternative energy.

But EcoWatch, a non-profit environmental group, maintains that the creation of a new global market for wood will greatly increase overall pressures on forests and other ecosystems – and that the plantations will have serious impacts on the environment, climate and human rights.

The plantations will be located in seven southern states, in an area ranging from coastal South Carolina to east Texas.

Environmental advocates report that climate change and sprawl have already taken a toll on these states, which contain some of the poorest counties in the nation – along with some of the most biodiverse ecosystems in the world. As genetically engineered plants require larger amounts of herbicides and pesticides, experts say that humans in the area will be exposed to dangerous amounts of toxins.

The plantations of GE trees will replace existing native forests of hardwood and pine. This means that before monocultures of eucalyptus can be established, native forests will be clear-cut and bulldozed to destroy all native trees, shrubs, ferns, mosses, fungi and wildflowers – a shocking act of deforestation that ArborGen blithely refers to as “reforestation.”

Native forests – in contrast to the monoculture plantations envisioned by ArborGen and the USDA – play an irreplaceable role on the planet. They regulate and stabilize water flow and climate, enrich soils, prevent erosion, provide food, medicine, shelter, fuel, recreation and sanctuary.

“Native forests make life on earth possible,” states Dr. Rachel Smolker, member of the Campaign to STOP GE Trees.  And those who would tinker with them play a dangerous game, Dr. Smolker warns.

“Trees have evolved to adapt to their native environments…tweaking their genetics and planting them in foreign environments displays an alarming lack of understanding of ecology and genetics.”

While the USDA insists that the Freeze-Tolerant Eucalyptus will not invade neighboring native forests, 30 years of experimentation with GE crops show that it’s almost impossible to stop GE plants from escaping into the environment.

GE trees are even more of an invasive threat than GE crops such as corn and soybeans, due to their larger pollination distances and their longer lifespans. In certain areas, in fact, non-GE eucalyptus trees have already proven invasive – and are currently degrading local natural areas.

Dr. Marti Crouch, of the Center for Food Safety, says that plants and animals – including endangered species – would be unable to find suitable habitats within landscapes dominated by GE eucalyptus.

Eucalyptus plantations would be a “disaster,” Dr. Crouch flatly states.

Plantations would constitute a “tinderbox”

Eucalyptus trees – native to Australia but widely planted in temperate regions such as California – are prone to toppling over, depleting ground water and invading local landscapes.

But an even more serious drawback is the risk of fire, with many experts decrying plantations as a “tinderboxes.”

Experts say that longer, hotter, drier summers caused by global warming may be precipitating the fires – but the presence of (notoriously flammable) eucalyptus trees worsens them.

With the southern United States already experiencing repeated droughts and heat waves, is this a fire hazard we really want to introduce?

Unbelievably, in the face of the potential dangers presented by commercialization of GE trees, ArborGen’s attitude seems to be “no worries.” As the company states in their USDA petition: these plantations will “not need to be regulated,” because the introduction of eucalyptus trees is “unlikely to have any negative environmental consequences.”

And the USDA, which seems likely to approve the GE tree, appears to be buying it.

By the way: if ArborGen pulls off approval with the eucalyptus, pine trees and poplars are next on the list.  Hopefully, the public outcry is just beginning, in order to avoid an environmental disaster.