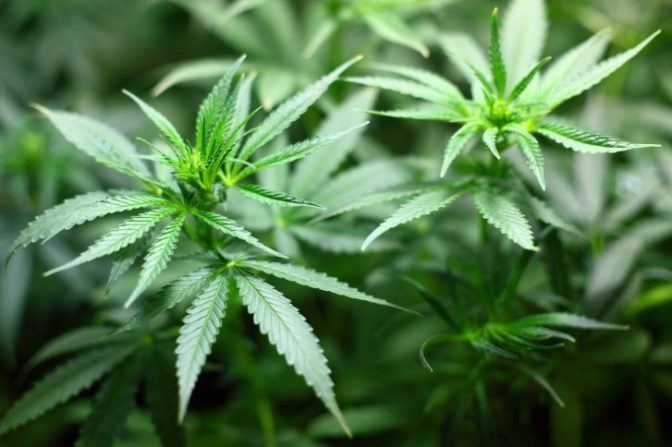 (NaturalHealth365) If you suffer with a chronic illness – you may find the information (here) about CBD to be a great place to begin your journey back to optimal health.

At first glance, the theory that some people suffer with pain due to a “deficiency” of cannabinoids – the psychoactive compounds in marijuana – could pass for a tongue-in-cheek witticism shared among cannabis enthusiasts. This is especially true in light of the suggested “remedy” of ingesting plant-based cannabinoids to correct the deficiency. Yet, scientific evidence supports the fact that this theory is no joke.

The endocannabinoid system indeed exists in the body, and dysfunction of this complex system is associated with such hard-to-treat chronic illnesses like fibromyalgia, migraine headaches and irritable bowel syndrome. And, using cannabidiol – or CBD – has been shown in studies to offer genuine relief.

What does the endocannabinoid system do?

Endocannabinoids, fatty acids naturally produced by the body, include 2-Arachidonyl-glycerol – or 2-AG – and anandamide. Anandamide can cause a feeling of relaxation and well-being similar to that produced by cannabis. In fact, this effect is so pronounced that researchers named the compound after the Sanskrit word for “bliss.”

The purpose of the endocannabinoid system is to help regulate neurotransmitter function.  Anandamide binds with cannabinoid receptors in order to control and assist vital functions such as sleep, appetite, motor control, pain perception and immune response.  And, research shows that endocannabinoids can inhibit glutamate – a neurotransmitter that prolongs neuropathy – thereby causing relief of painful symptoms.

Clinical endocannabinoid deficiency, or CECD, is associated with chronic illness

Deficiencies and dysfunctional signaling in the endocannabinoid system have been strongly linked to conditions such as fibromyalgia, migraine headaches and IBS, and studies have shown that people with these illnesses have significantly lower amounts of anandamide in the brain, gut, and musculoskeletal system.

Some researchers maintain that CECD could also be at the root of such diverse diseases as multiple sclerosis, Parkinson’s disease, Huntingdon’s disease, asthma, depression, cystic fibrosis, post-traumatic stress disorder and bipolar disease.

CECD can be congenital – with heredity and genetics playing a role – or it can be acquired during fetal development. It may also develop after birth as a result of injury and infection.  However it is acquired, CECD can be easily addressed.

According to recent research, ingesting plant-based cannabinoids can help restore balance in the endocannabinoid system and mitigate symptoms of CECD.

What’s the difference between cannabinoids and cannabidiol?

Cannabinoids are active compounds of marijuana. THC – tetrahydocannabinol, which has psychoactive effects – is a type of cannabinoid, as is CBD, or cannabidiol. While THC fits exactly into a cannabinoid receptor in the brain and nervous system known as CB-1, cannabidiol doesn’t.

However, it accomplishes two things that may be even more helpful – it activates endocannabinoid signaling while also suppressing an enzyme called fatty acid amide hydroxylase – or FAAH – which breaks down beneficial anandamide.

In other words, by suppressing FAAH, CBD can help return anandamide to optimum levels.

CBD is not psychoactive, and doesn’t make people feel “stoned.” In fact, it may even reduce the psychoactive effects of THC – including lethargy and dysphoria – that some people find objectionable.

One thing is clear: CBD has significant medical benefits. The American government has taken out a patent on CBD as an antioxidant and neuroprotectant, and research into its anticancer effects is ongoing.

This theory was supported by a study in which 28 fibromyalgia patients who received medical cannabis reported less pain, decreased stiffness, enhanced relaxation and improved well-being over control groups who had not received the cannabis.

As migraine headaches involve both the serotonergic and endocannabinoid systems, it seems logical that cannabinoids, which inhibit the release of serotonin, could relieve symptoms of migraine. In addition, migraine sufferers have significantly lower levels of anandamide.

In a study of 120 migraine sufferers, CBD caused the frequency of headaches to diminish from 10.4 to 4.6 attacks per month.

CBD offers hope for IBS sufferers and even those with ASD

Irritable bowel syndrome is often found along with fibromyalgia and migraines. Because gastrointestinal propulsion, secretion and inflammation are all modulated by the endocannabinoid system, there is reason to believe that targeting CB receptors may help.

The use of cannabis to ameliorate gastrointestinal problems is not new. Since the 19th century, some natural healers have routinely recommended it to alleviate diarrhea.

A review of available medical research published in 2014 in Neuroendocrinology Letters explored the connection between clinical endocannabinoid deficiency and fibromyalgia, migraines, IBS and other conditions – as well as the role of medical cannabis in treating the conditions.

The authors credited cannabinoids with dopamine-blocking and anti-inflammatory effects, and noted that the compounds could block spinal, peripheral and gastrointestinal mechanisms that cause pain. They concluded that underlying cannabinoid deficiency indeed plays a role in the illnesses – and that the deficiency could be treated with cannabinoid medicines.

Fibromyalgia and other chronic diseases can be frustrating, baffling and difficult to treat. The recent exciting research on the endocannabinoid system, and the therapeutic use of CBD, may shed a light on both treatment and cause of these debilitating conditions.

If you think CBD might be right for you, discuss the treatment with a knowledgeable healthcare provider, who can help develop a treatment targeted specifically to you.