Vegan Bodybuilders That Will Literally Smash Your Vegan Stereotype 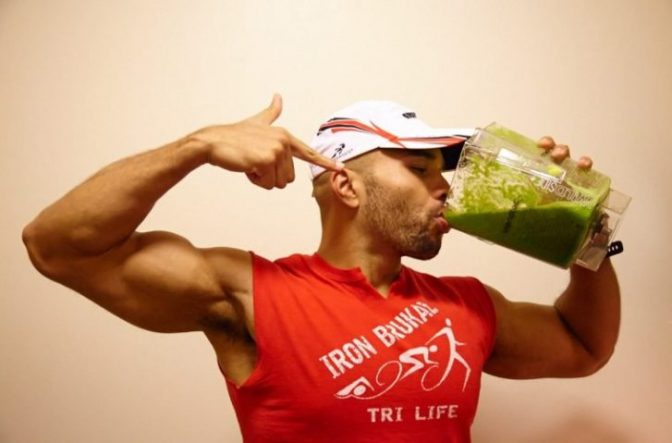 Since I was a child, there has been a big misconception about non-meat eaters, whether they are vegetarians or vegans, that once deterred me from ever believing giving up meat was healthy, and then, as an adult, made me want to give up meat even more.

It was, for a long time, assumed that the best way to get protein and iron was to eat meat, and that giving meat up meant sacrificing your health. Thankfully, however, a growing movement supporting plant-based eating has since debunked such myths.

You can get plenty of protein from:

You can get plenty of iron from:

Perhaps for a “normal” person this kind of diet might make sense, but what about for a bodybuilder? Is it possible to get strong and have a muscular body on a vegan diet? Yes. And the following bodybuilders’ stories prove it.

This Ironman triathlete and bodybuilder clearly shows how vegan can be strong.

“Thinking animals can be used in a humane and safe manner to produce dairy products is simply not true …. The cruelty and torture that can be involved is just as bad as the slaughtering,” Thompson said, explaining his switch to veganism. “[D]oing something I passionately believe is right made it an easy transition.”

Named Women’s Physique Pro by the Organization of Competitive Bodybuilders, Fergus celebrated with a Facebook post that gave a proper shoutout to veganism.
“A vegan pro, how about that?! I MADE HISTORY AGAIN FOR THE ANIMALS!”

While there has long been a stigma that vegans can’t be as strong as meat eaters, there’s also been a stigma surrounding bodybuilders, and any other career based on physical appearance. Seabrook is not only a vegan bodybuilder and animal rights activist, however, but also a med student and certified personal trainer, and holds a B.Sc. in human biomedical science.

In 2014, Shorkey proved she could not only hang with the meat-eating bodybuilders, but beat them, when she won first place in the overall bikini title at the INBF South Western Natural Championships. “I do my best to make conscious decisions that do not contribute to the exploitation, death, and suffering of our animal friends,” she says of being vegan.

Nelson proves plant-powered bodybuilding is nothing short of “badass.” The animal rights activist said in an Instagram post, “If you really want to make a change, GO VEGAN! Eating animals and their byproducts is f*cking up Mother Earth and her climate. Plus it’s cruel AF and just downright weird! It’s 2017, the choice is yours. Take animals off the plate!”

Plant-Based Protein VS. Protein From Meat: Which One Is Better For Your Body?

Metabolic Acidosis: It’s What Happens When You Eat Animal Protein

9 Things That Happen When You Stop Eating Meat