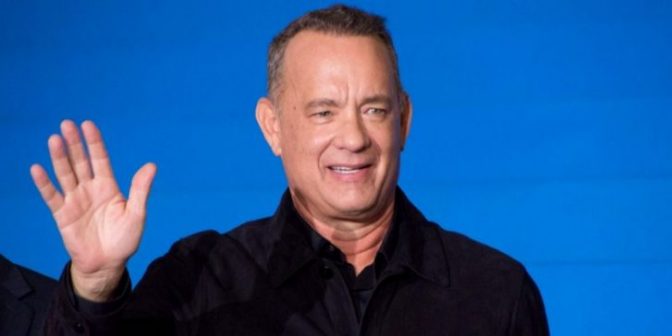 Hanks, who has served an executive producer on many projects, spoke first on the many positive experiences that unfold in the film industry.

“There’s a lot of reasons people do this for a living,” he said. “Making a movie is a life experience that can create an awful lot of joy. You can meet the person you fall in love with, you can laugh your heads off, you can make the best friend you’ve ever had, you can work with one of your heroes. That’s the good stuff that can happen on a movie.”

He went on to acknowledge the darker side of Hollywood.

“The bad stuff can happen on a movie as well,” he said. “There’s some people that go into this business because they got off on having power.”

Recounting a particular incident without sharing specifics, he stressed the need to hold potential predators accountable.

“We produced a project in which someone said, ‘There’s an element of harassment that’s going on here,’” he said. “And as soon as we heard, you’ve got to jump right in. You talk to everyone, the guilds and you find out what happened.“

“There can be that type of predatory aspect on a set because you think, ‘Well, we’re in the circus and we’re on the road, so therefore, do the rules really apply? They don’t really apply,‘” he said.

“There’s the other aspect of it is that, ‘Come try to get this job from me. You want me to give you a job? Come on. Come. Come prove to me that you want this job.’ That’s a sin, and that’s against the law and that is a degree of harassment and predatory behavior that goes against an assumed code of ethics.”

“I think eventually, I think everybody who has an office or a production office above the coffee maker or the copy machine is going to have a code of ethics in behavior: If you don’t follow these, you will not work here. And that’s not necessarily going to be a bad thing.”

He also expressed hope for change:

The full interview with the prominent actors discusses other topics, as well, and will air on SundanceTV on January 28, 2018.

The floodgates on Hollywood sexual abuse opened in October when the New York Times and the New Yorker reported on now-disgraced Hollywood producer Harvey Weinstein’s long history of harassment and abuse, and since, a number of prominent actors have been accused of violative behavior.

The Hollywood Reporter also held a roundtable discussion with actresses last month to address the widespread sexual harassment allegations, which continue to plague Hollywood and other industries, including the art world, tech, and various branches of government.