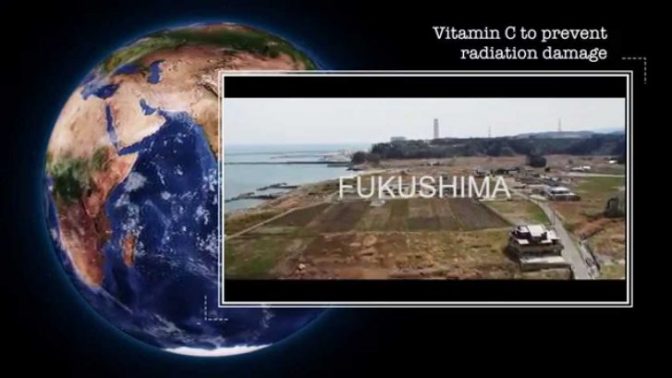 On March 11, 2011, a meltdown at the Fukushima nuclear plant in Japan caused the release of radioactive material into the environment.

Experts predicted that cancer rates would rise as a result; sadly, this has proven to be true. We, at NaturalHealth365, can only hope that this news about vitamin C can get to the people that need it the most.

A year after the disaster, more than a third of the children in the Fukushima district were diagnosed with abnormal growths in their thyroid glands.

And, in August of 2013, over 40 children in Fukushima were newly diagnosed with thyroid and other cancers.

Disturbingly, experts say that small amounts of radiation from the damaged Japanese reactors are currently being detected as far away as the United States.

However, a group of medical professionals and leading experts on radioprotection have come together in order to provide Japanese citizens — and the rest of the world — with an all-natural protocol for preventing and reversing damage from radiation exposure. Read on to discover exactly how you can protect yourself – safely and inexpensively.

Acute exposure to radiation can cause sickness or death within hours or days, while low-level, chronic exposure can raise the risk of cancer – particularly cancer of the thyroid.

Of course, it is not necessary to be involved in a nuclear accident in order to be exposed to radiation.

According to Thomas E. Levy, MD, JD, a board-certified cardiologist and leading expert on vitamin C, routine procedures – such as mammograms, X-rays and airport screenings – can expose you to unhealthy levels.

And, of course, radiotherapy cancer treatments bombard the body with high-dose radiation.

Noting that vitamin C can block and even reverse the damage inflicted by radiation exposure, Levy recommends taking high doses before undergoing any of the above procedures.

In addition, he advises protecting yourself with a daily dose of vitamin C – through his “Multi-C Protocol.”

A consortium of medical experts agrees with Dr. Levy’s recommendations for vitamin C

And – for those working in environments that feature exposure to high concentrations of radiation – the group has another suggestion.

According to JCIT member Atsuo Yanagisawa, M.D., Ph.D., these individuals should immediately undergo high-dose vitamin C intravenous therapy, along with an antioxidant program.

Since 2011, the JCIT has urged the Japanese government to help them share their important research data and lifesaving protocols with the public – and has been joined in this effort by the International Society for Orthomolecular Medicine.

Unfortunately, the groups’ recommendations have so far been ignored, both by mainstream medicine and by the Japanese government.

Maintaining proper antioxidant reserve is the key to protection against radiation

One to three grams of vitamin C, taken three to four times daily, form the centerpiece of a typical JCIT formula for maintaining proper antioxidant reserve.

Additional antioxidants that protect against radiation damage include quercetin, curcumin, garlic and ginger. Quercetin, in particular, has been shown to help protect chromosomes and mitochondrial DNA from oxidative damage, while helping to mitigate biochemical changes in white blood cells after radiation exposure.

Curcumin, garlic and ginger all boost levels of glutathione, the body’s master antioxidant.

And, no section on natural radioprotective agents would be complete without a nod to ginkgo biloba.

This time-honored herbal remedy is so potent that it is customarily used to protect against cell damage after radioactive iodine therapy for Graves’ disease.

An animal study showed that pretreatment with vitamin C increased sperm head survival after the injection of radioactive iodine-131 in mice, while another study showed that the vitamin markedly improved intestinal damage following massive irradiation.

In addition, a clinical study showed that a combination of alpha-lipoic acid and vitamin E decreased urinary radioactivity and oxidative stress in children who had suffered from radiation exposure at Chernobyl.

And, finally, a study of 17 workers who had undergone severe radiation exposure at the Fukushima nuclear plant revealed that supplementation with vitamin C and other antioxidants reduced their cancer risk.

Workers who took intravenous vitamin C before they entered the plant – and consistently took antioxidant supplements while working – had no change in either their DNA or their cancer risk score – an extremely powerful finding.

On the other hand, workers who had not taken these preventive precautions were found to have a heightened cancer risk.

However, the risk was significantly decreased after two months of intervention with intravenous vitamin C and oral antioxidant supplements.

In the words of Dr. Yanagisiwa:

“Maintaining optimal antioxidant reserve by taking vitamin C and other antioxidants is essential for cancer prevention and treatment, anti-aging, radio-protection and optimal health.”

A simple, inexpensive, safe and natural way to avoid harm from radiation? It sounds almost too good to be true. However, scientific research supports the findings of the JCIT.

The fact that this lifesaving information isn’t more widely disseminated is truly shameful.