Volvo Will Only Sell Electric Cars Starting In 2019 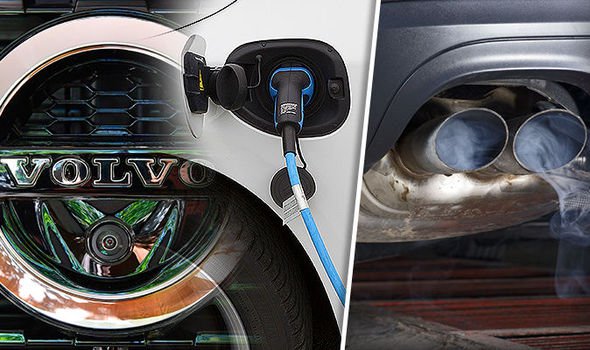 Though Tesla may be the big name of electric cars, just about every car maker in the world is hopping on the all-electric or hybrid vehicle bandwagon. In fact, in just two years, Volvo plans for every one of its vehicles produced to be electric. That’s good news for the environment, and gives other car makers the push needed to do the same.

Electric cars have only continued to improve, as have their efficiencies. For instance, while traditional cars running on an internal combustion engine have a 30% efficiency rate, the remaining is lost to heat, sound, and energy. Meanwhile, vehicles that run on electricity have an 80% efficiency rate, thanks to the electric motor’s advantage over the internal combustion engine.

Bloomberg New Energy Finance even sets people’s concerns over price point to rest, with predictions that electric cars will be as cost effective as traditional vehicles by 2022. The firm looked at the price per barrel of oil, assuming it would be between $50-$70 a barrel. By 2040, electric cars are expected to make up 35% of the transportation market.

The environmental benefits, along with the clear economy, of such cars, make it difficult to argue that a future with electric cars in the front seat is anything but positive. Volvo agrees, having announced their plan to make the full switch in 2019, calling for every model sold to have some sort of electrification, whether it be a mild-hybrid system, a plug-in hybrid, or a fully-electric powertrain.

“This is about the customer,” said Håkan Samuelsson, president and chief executive of Volvo Cars. “People increasingly demand electrified cars and we want to respond to our customers’ current and future needs. You can now pick and choose whichever electrified Volvo you wish.”

Volvo also recently announced that its Polestar brand will transition to a standalone high-performance EV brand. Volvo’s new lineup of electrified vehicles will vary in model, providing fully electric cars, plug-in hybrids cars, and 48-volt mild-hybrid cars. The Swedish car giant plans to launch five electric cars between 2019 and 2021, “three of which will be Volvo models and two of which will be high performance electrified cars from Polestar, Volvo Cars’ performance car arm,” it wrote in its announcement.

While Volvo currently has plug-in hybrid versions of models like the XC90 and S90, no fully-electric models exist in its lineup.

“This announcement marks the end of the solely combustion engine-powered car,” said Samuelsson. “Volvo Cars has stated that it plans to have sold a total of 1m electrified cars by 2025. When we said it we meant it. This is how we are going to do it.”